When Star Wars: Galaxy’s Edge opens August 29 at Disney’s Hollywood Studios, this incredible new land will transport you to the planet of Batuu, where you’ll be able to live your own adventure in and around Black Spire Outpost. And when you’re “off planet” exploring the rest of the park, you can enjoy a variety of other great Star Wars experiences that celebrate the entire saga.

More than ever before, Disney’s Hollywood Studios is the place for you to celebrate and immerse yourself in the greatest saga ever told. 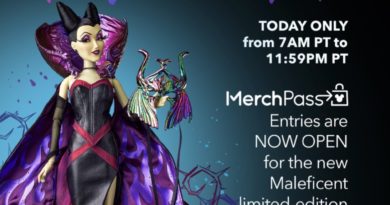 Enter for a Chance to Buy Maleficent Collectibles on shopDisney!