Since opening on May 31, visitors to Star Wars: Galaxy’s Edge at Disneyland park have had the opportunity to step inside the largest single-themed land in Disney Parks history. Guests are raving about many immersive experiences to explore on the remote planet of Batuu, including blasting across the galaxy aboard Millennium Falcon: Smugglers Run – already one of the Disneyland Resort’s top-rated attractions.

Earlier this week, we welcomed the one millionth member of Hondo Ohnaka’s flight crew to take the controls of the Millennium Falcon!

Disney cast members who helped make the opening of Star Wars: Galaxy’s Edge a success were on hand to welcome the Ridgeway family from Ocean Springs, Miss. Jonathan Ridgeway, 8, climbed aboard the “fastest hunk of junk in the galaxy” along with mom Becky, dad Roger and brother Logan, 4.

The family spent some time in the ship’s main hold and lounge, where they sat at the famous Dejarik table and met a surprise guest, Chewbacca. Then, Jonathan settled into the cockpit as a co-pilot of the Falcon. Afterwards, the family was treated to Blue and Green Milk for a celebratory toast! Let’s take a look:

Millennium Falcon: Smugglers Run combines immersive storytelling with interactive gameplay and makes you the protagonist of your own Star Wars adventure! When it’s time for the mission to begin, you’ll be assigned one of three critical roles: Pilots, Gunners and Flight Engineers. It’s up to you and your fellow passengers to smuggle goods while avoiding any unnecessary entanglements.

If you’ve ever wished to step aboard the Falcon in all her ramshackle glory, now is your chance! Take control of the Falcon yourself at Star Wars: Galaxy’s Edge! 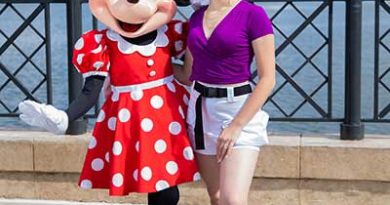 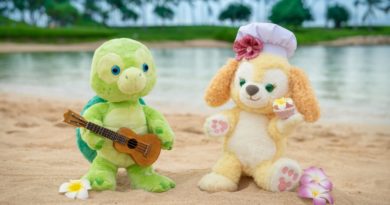 Introducing the Debut of Duffy’s New Friend, CookieAnn, at Aulani, A Disney Resort and Spa

It Was All Started by a Mouse: Walt, Trains, and Mickey & Minnie Through the Years