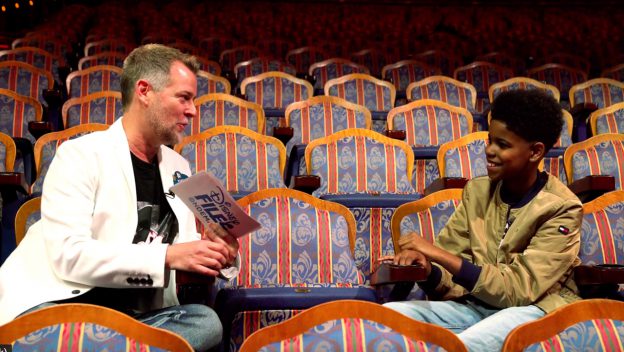 JD McCrary is the kind of kid who would make you feel awful about your own lack of talent, achievements and charisma if he wasn’t so darn cool.

At just 11 years old, JD holds the distinction of being the youngest recording artist ever to sign with Disney Music Group’s Hollywood Records label, and today, he hits the big screen as the voice of young Simba in director Jon Favreau’s photorealistic adaptation of “The Lion King.” Add a starring role on television (in Tyler Perry’s “The Paynes”) and dance moves we haven’t seen since a young Michael Jackson first floated across a stage, and you have a body of work that already dwarfs those of most people twice (or, in my case, more than four times) his age.

I had the pleasure of sailing with JD and his family aboard the most recent Disney Vacation Club Member Cruise, and he shared with me – and our camera crew – how excited he is to be part of “The Lion King” legacy and what he hopes to add to his already sterling resume in the years ahead.