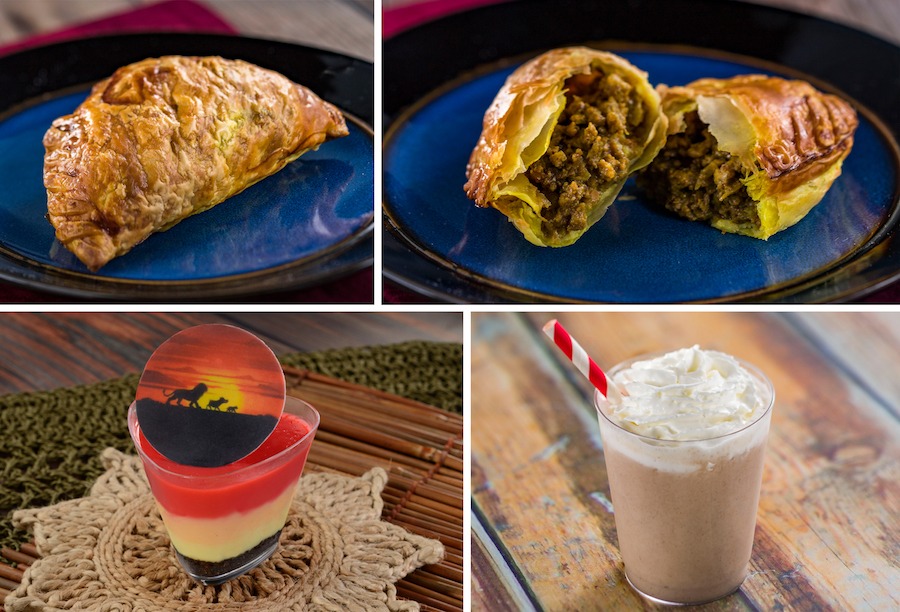 From the Disney Parks Blog and written by: Alex Dunlap

Feelin’ hungry? Well I have a few new items to tell you about at Walt Disney World Resort. From eats celebrating “The Lion King” to lobster sandwiches and plant-based burgers, this edition of Best Bites will definitely have your mouth watering!

You better be prepared for these mouthwatering new items at Epcot celebrating “The Lion King”! Journey to Refreshment Outpost to take a bite out of the Nigerian Meat Pie. Or if you’re looking for something sweet, you can try the No Worries Panna Cotta featuring raspberry, papaya, and mango panna cotta with a cookie crumble base and white chocolate. There’s also the Savannah Smoothie with coconut milk, agave, and cream liqueur for the adults. These three offerings will be available through the fall.

And while we’re on the topic of Epcot, did you know that Le Cellier Steakhouse is offering its popular Summer Prix Fixe Menu again this year? Head on over to the Canada pavilion to try it out! For $55 per person plus gratuity and tax (or for two Table Service Credits on the Disney Dining Plan), you can dine on your choice of one appetizer, one entrée, and on dessert. Appetizers include the famous Canadian Cheddar Cheese Soup or the Baby Iceberg Wedge Salad with marinated toy box tomatoes, edamame, Applewood-smoked bacon, fourme d’ambert blue cheese, and crispy onions with a buttermilk ranch dressing.

Moving right along to our other new menu additions, D-Luxe Burger has added a Vegan Burger to their menu. It features a plant-based patty with cabbage and mushroom ragoût, mango salsa, lettuce, tomato, and pickle on a vegan Parker House roll.

At Disney’s BoardWalk, the BoardWalk Bakery has rolled out a new Seaside Sammich. This on-the-go eat comes with lobster, shrimp, tomatoes, and bacon on a freshly-baked hoagie roll served with your choice of fries or potato chips.

And finally, to close out this month’s Best Bites, we are pleased to announce Walt Disney World Resort has recently won several prestigious food and beverage awards – both locally and nationally.

Orlando magazine bestowed the 2019 Critic’s Pick – Best Chef Award to Chef Tim Majoras at Flying Fish at Disney’s BoardWalk. Dining Critic Joseph Hayes says, “There are chefs who cook to a superb standard every day, and sometimes one who rises above it with a vision of what is possible.” Congratulations to Tim and the Flying Fish Team!

USA Today also announced their 10Best Readers’ Choice Awards for Best Amusement Park Restaurants. These restaurants have been voted best in the U.S. for their food, atmosphere, and service. A panel of industry experts partnered with 10Best editors to select the initial 20 nominees, and the top 10 winners were determined by popular vote. The exciting news is Disney restaurants claimed 6 out of the top 10 spots!

For more information on any of these award-winning restaurants and to book reservations, call 407 WDW-DINE (407 939-3463) or visit the Walt Disney World website.