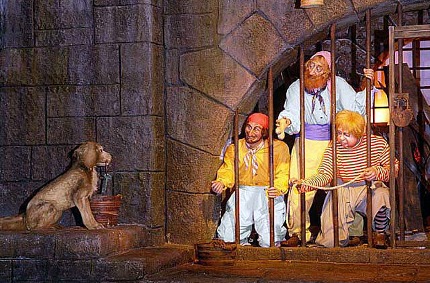 There are so many beloved and iconic attractions in Disney Parks.  From the Haunted Mansion, The Jungle Cruise, “it’s a small world”, and many many others. One of the most loved is Pirates of the Caribbean.  Let’s talk about the swashbuckling attraction a bit.  I won’t go into all the details of the ride but will point out a few things you may not know about the classic attraction. 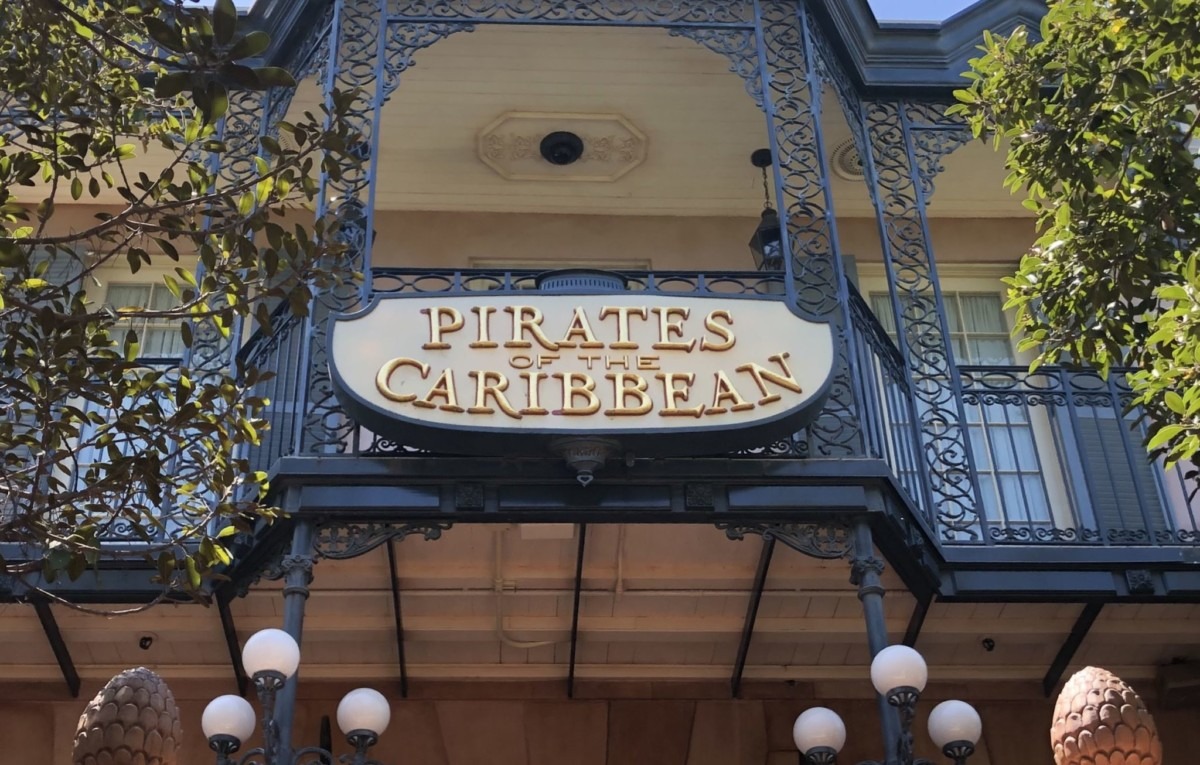 Most know POTC as the boat ride through a city that has been taken over by a band of pirates and their troubles and exploits… but did you know originally it was planned to be a walk through wax museum?  They decided because of the success of the “it’s a small world” boat system, they would use the same system for the new Pirates of the Caribbean.  This also made it possible to get guests through the attraction faster and more efficiently.

I have ridden both US versions of the attraction, and while both have many of the same scenes, I do prefer the Disneyland version.  Knowing that Walt was involved with that one directly plus the ride is a bit longer and has more to see, it’s my favorite.

In the Disneyland version, you enter the boats from Laffite’s Landing.  This is named after the Pirate Laffite that helped Andrew Jackson in the Battle of New Orleans and for control over the Mississippi River.  With the ride in Disneyland residing in New Orleans Square, this was a great tie in.

One of the best scenes in the attraction is where you see the Pirates have set the city on fire and they are tipsy and singing while the city is burning around them.  Did you know that this scene was so realistic that the Anaheim Fire Chief thought that the attraction was really on fire! The concern created a safety measure that shuts down the fire effects should the fire alarm be activated.

Everyone who rides the Pirates of the Caribbean knows the famous song, “Yo Ho A Pirate’s Life for Me”, and it’s one of those songs you sing while riding through and stays with you even after.  The song was written by Xavier Atencio (know by Disney Fans as X) and co-written by none other than George Bruns. Xavier had actually never written a song before writing Yo Ho, but wrote it to illustrate that pirates were a bad set of characters and guests should be a little scared of what they were going to experience. Little did they know at the time, guests would fall in love with the Pirates.

The Pirates of the Caribbean attraction has gone through many changes over the years.  From adding Captain Jack Sparrow and Captain Barbosa to changing the auction scene.  The change to the auction scene is the latest one, formerly there was the Pirate auctioneer trying to sell the red headed woman which created the chant, “We wants the redhead.” Now, the scene has been changed to women to a Pirate herself named Redd wanting to sell rum while the auctioneer was trying to sell chickens.  Many people were unhappy with the change, but Redd has become a character the fans have embraced.  There is a meet and greet with her at Disneyland and just recently the Redd’s Revenge Float debuted at the Magic Kingdom in Florida as a twist on the original fan-favorite Dole Whip. 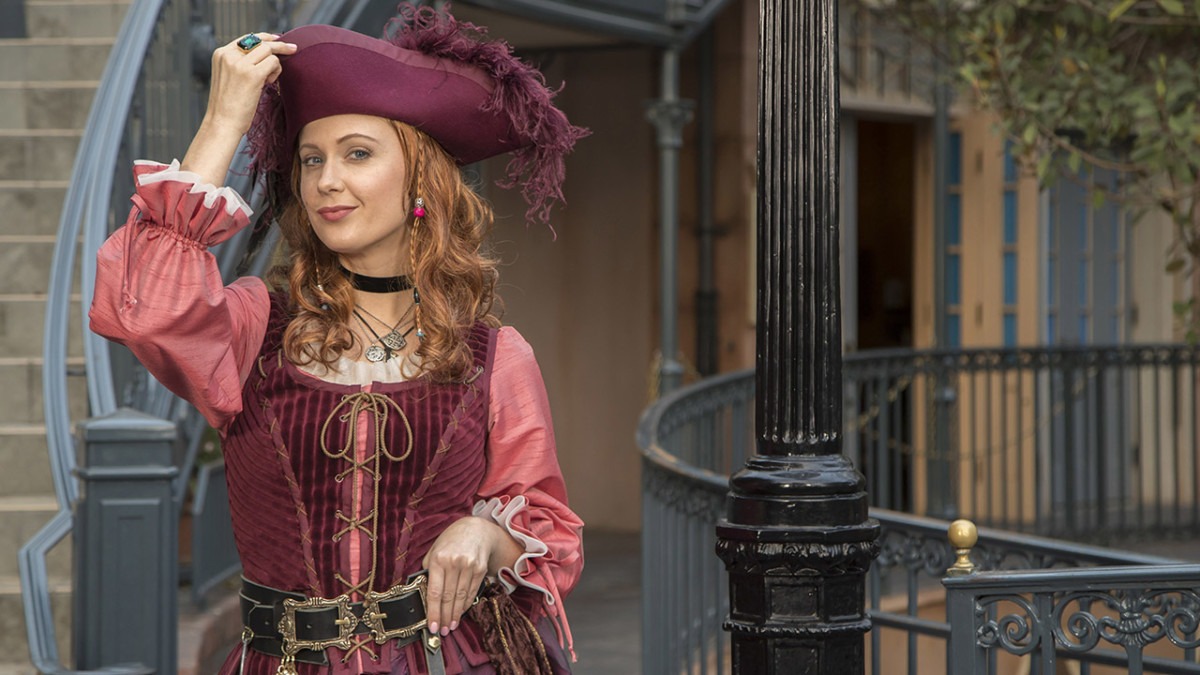 As I stated above, the Pirates of the Caribbean attraction has been a huge fan favorite attraction for over 50 years now.  The ride can be found at Disneyland, Walt Disney World, Tokyo Disneyland, Disneyland Paris and the newest one in Shanghai Disney Resort.  In addition to the attractions, there have been 5 to date feature films based on the ride starring Johnny Depp as Captain Jack Sparrow. 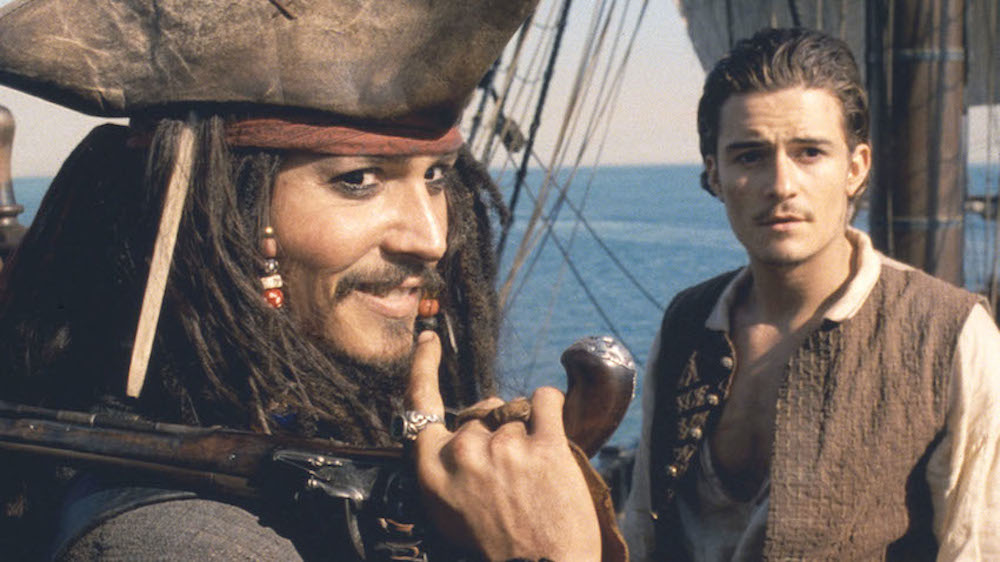 Thank you for reading and I hope you enjoyed this little lesson about the Pirates of the Caribbean and that maybe you did learn something.  So I ask this final question, is the Pirates Life for you?