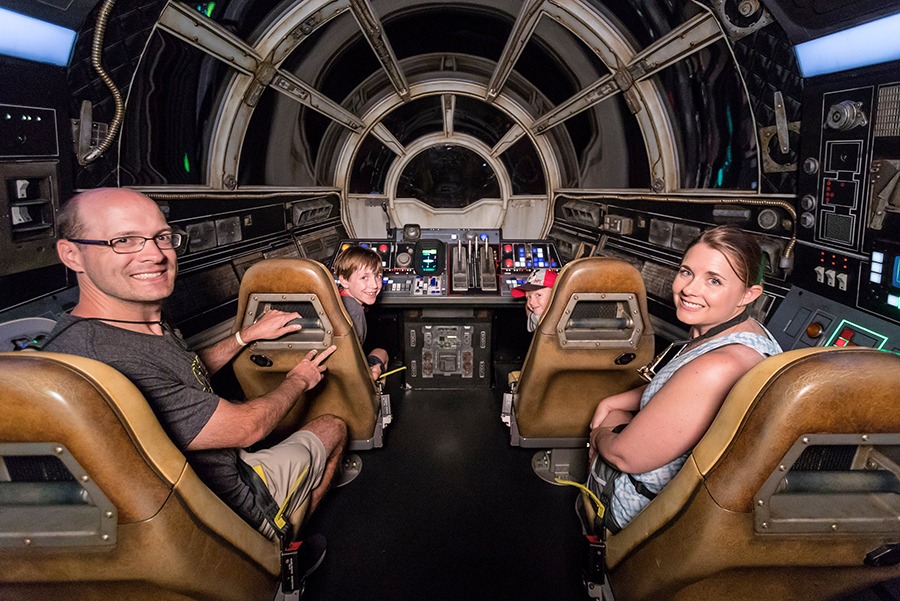 This week, we shared the exciting news that on September 29, Disney Skyliner gondolas will take flight and officially begin transporting guests around Walt Disney World Resort!

As many of you have seen, this state-of-the-art transportation system offers a new way to experience the resort with amazing views only available from the sky.  Disney Skyliner connects Disney’s Hollywood Studios and Epcot to four resort hotels- Disney’s Art of Animation Resort, Disney’s Pop Century Resort, Disney’s Caribbean Beach Resort and the new Disney’s Riviera Resort scheduled to open in December 2019.

Check out our original Disney Skyliner story for more details.

Also this week, we welcomed the one millionth member of Hondo Ohnaka’s flight crew to take the controls of the Millennium Falcon!

Since opening on May 31, visitors to Star Wars: Galaxy’s Edge at Disneyland park have had the opportunity to step inside the largest single-themed land in Disney Parks history. Guests are raving about many immersive experiences to explore on the remote planet of Batuu, including blasting across the galaxy aboard Millennium Falcon: Smugglers Run – already one of the Disneyland Resort’s top-rated attractions.

Disney cast members who helped make the opening of Star Wars: Galaxy’s Edge a success were on hand to welcome the Ridgeway family from Ocean Springs, Miss. Jonathan Ridgeway, 8, climbed aboard the “fastest hunk of junk in the galaxy” along with mom Becky, dad Roger and brother Logan, 4.