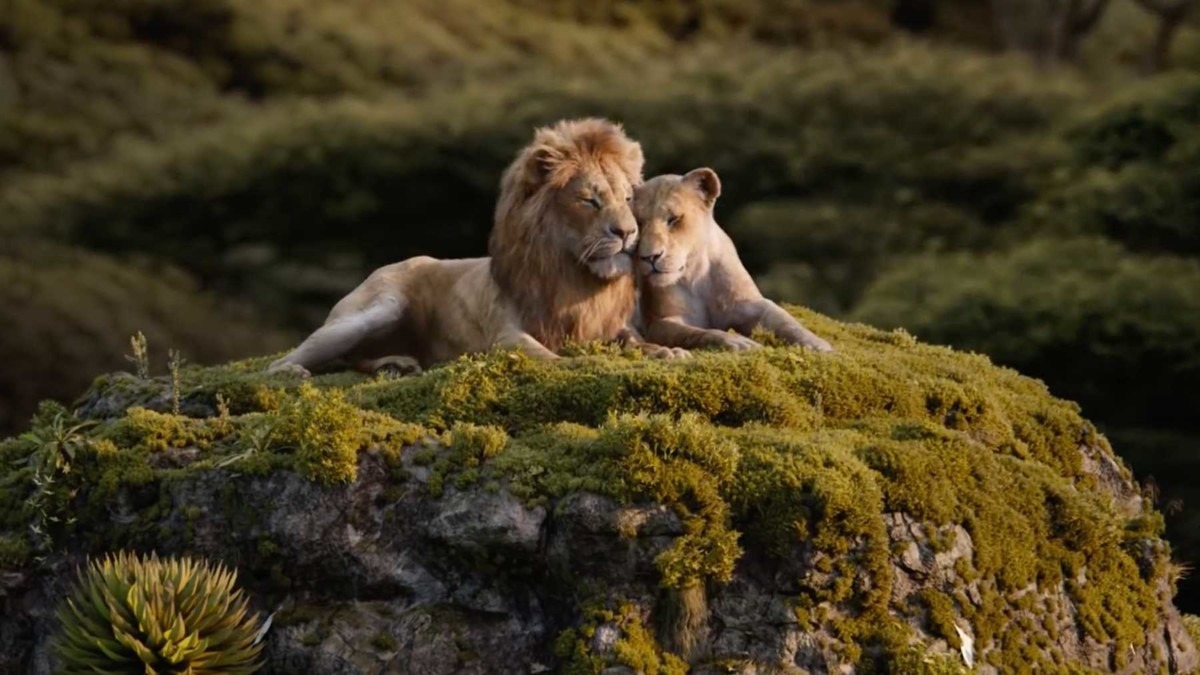 *Last week we published a blog from Chuck Guth about how much he enjoyed The Lion King remake. Here is a counter point of the new film from staff writer Dan Fisher! Two varying opinions, but we cover all sides! Enjoy! -M

I’ve been on board with most of the recent run of Disney remakes.  I’ve even reviewed a few of them for this site.  Here’s a brief synopsis of my thoughts on the remakes so far, in no particular order:

Beauty and the Beast: A magnificent, heartfelt re-telling of the story as old as time.  The best of the bunch so far.

The Jungle Book:  Didn’t see it.  I haven’t seen the original either, for that matter.

Cinderella: Perfectly fine, but nothing to write home about.

Mary Poppins Returns: Let’s face it.  It’s not a sequel, it’s a remake.  But, a remake made by a cast and crew to whom the original clearly meant the world.

Aladdin: Will Smith at his Will Smith-iest.  Other than that, the movie is pretty mediocre.

Which brings us to The Lion King (2019).  Let’s start with the good, though to be honest, there isn’t much. 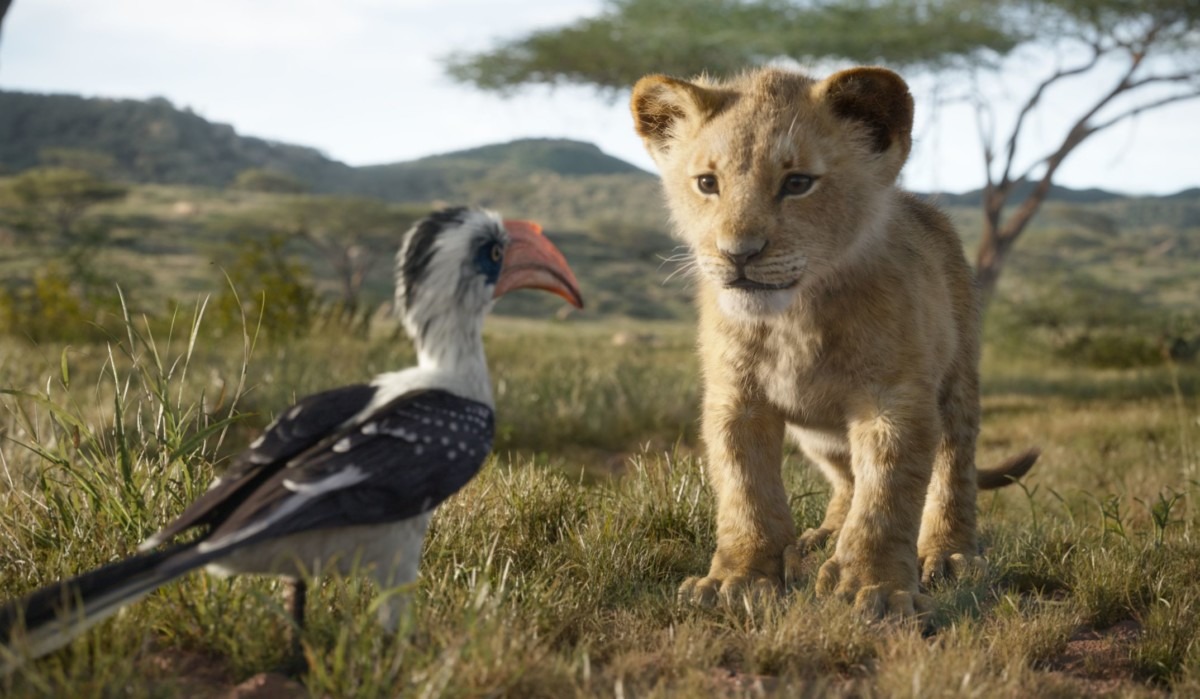 The film is beautifully animated.  The animation teams clearly spent a great deal of time making sure the animals moved and sounded as true to life as they possibly could, and their hard work paid off.

The supporting voice cast was excellent from top to bottom.  “Black Panther” alumni Chiwetel Ejiofor (Scar), John Kani (Rafiki) and Florence Kasumba (Shenzi) give fine performances, though I personally missed Jeremy Irons.  John Oliver (Zazu) seems a bit on-the-nose choice to replace Rowan Atkinson.  But Oliver does a fine job anyway, even if it’s the same act he does on his show “Last Week Tonight” (albeit with less rage and profanity).  But as in the original film, it’s Seth Rogen (Pumba) and Billy Eichner (Timon) who steal the show.  Their humor provides the movie’s best moments (including a hilarious nod to another Disney classic), and their effortless humanity brings some light to an otherwise grim story.  Nothing needs to be said about James Earl Jones.  The man’s a national treasure.

Jon Favreau didn’t do what many directors would have.  He didn’t rock the boat.  Some of the sequences in this film match the original frame for frame.  That’s fine, as the original is clearly one of Disney’s greatest films.  But Favreau could, and should, have taken a tougher look at the new film.  Some of those similar/same sequences just don’t hold up in the new version of the film, particularly those that are supposed to be more “suspenseful”.  Without giving anything away, those particular scenes don’t have the same impact in the new film as they do in the original.  It isn’t simply that we know how those scenes how to resolve; they just aren’t scary.  Africa should feel dangerous on some level, even in a children’s film. 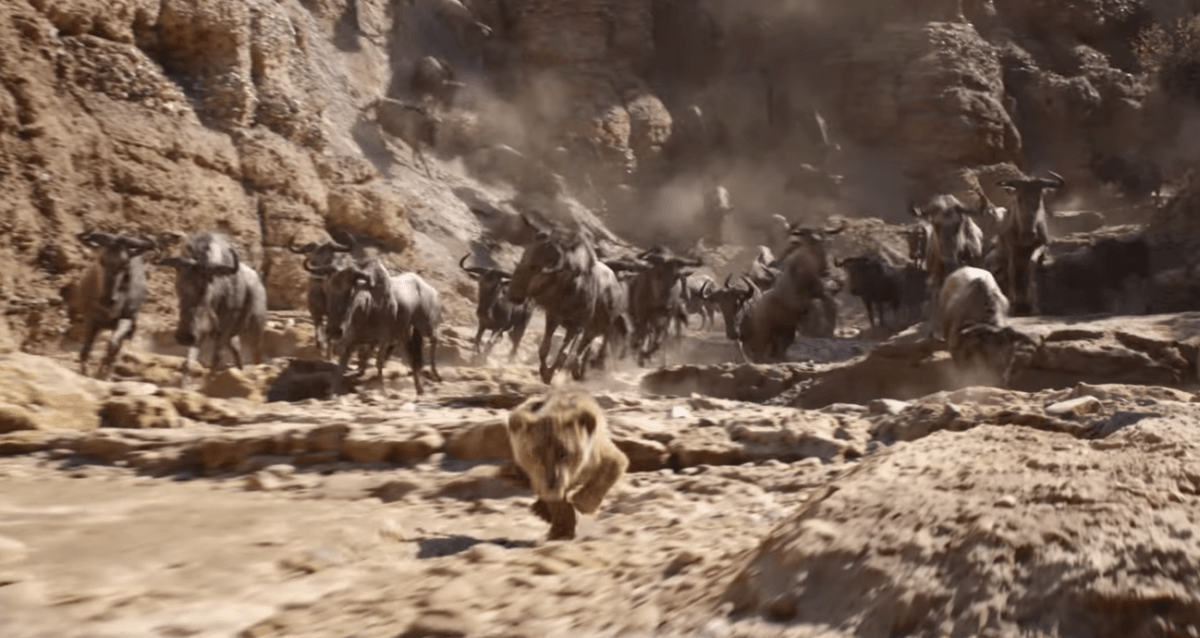 Music is the hallmark of any Disney film, and the original Lion King is certainly no exception.  With talents like Sir Elton John, Hans Zimmer (who won an Oscar for the original film) and Tim Rice, it’s hardly surprising, either.  But the changes made to the music felt extremely uneven.

“Circle of Life” seemed unchanged, which was great, as it sets the stage for the entire film.  But “Be Prepared” was gutted, reduced to something more akin to a soliloquy than a musical number.   “Hakuna Matata”, ever a fan favorite, was rearranged to match the talent at hand; a larger part given to Simba, and a smaller part for Pumba.  Yet it lacked the bounce and vivacity of the original recording.

“Can You Feel the Love Tonight?” is the film’s pivotal moment.  It begins Simba’s path back to Pride Rock, heralding the film’s final chapter.  I’ve written before about my deep respect for Donald Glover and his enormous talent, and I stand by those words.  But in a scene where he should shine (as the lead), he is completely and utterly overpowered by Beyoncé Knowles-Carter.  Now, this may have been a conscious choice on the part of the crew.  Perhaps, like the crew of “Aladdin”, they felt that women were underrepresented in the film’s musical numbers and wanted to rectify that.  Perhaps it was in Beyoncé’s contract that her vocals be mixed at a higher volume, in order to drive sales for her next album.  Perhaps the vocals were recorded simultaneously and she just sang louder.  Whatever the reason, the end result is a powerful disappointment.  Also, the song is called “Can You Feel the Love Tonight?”, yet the entire scene takes place in daylight.

Speaking of our leading lions, they were probably the biggest disappointment of the film.  Donald Glover’s voice acting performance (as opposed to his singing) was soft-spoken to the point of being timid, which is probably the last word anyone would ever use to describe a male lion.  As for Beyoncé, she’s what people in sports would describe as a “generational talent” in music.  She failed, in my opinion, to bring heart and feeling to her character.  The original was much better.

All in all, I feel that sometimes once is enough, and a reboot isn’t necessary. This movie is chance for a Disney to strike up the nostalgia of the first film by getting 40-something’s to take their children out for the afternoon.

I have higher hopes “Mulan” will live up to the promise it shows.

A Collaboration to Rock the Marvel Universe 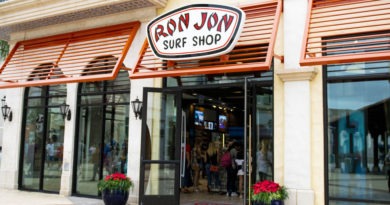