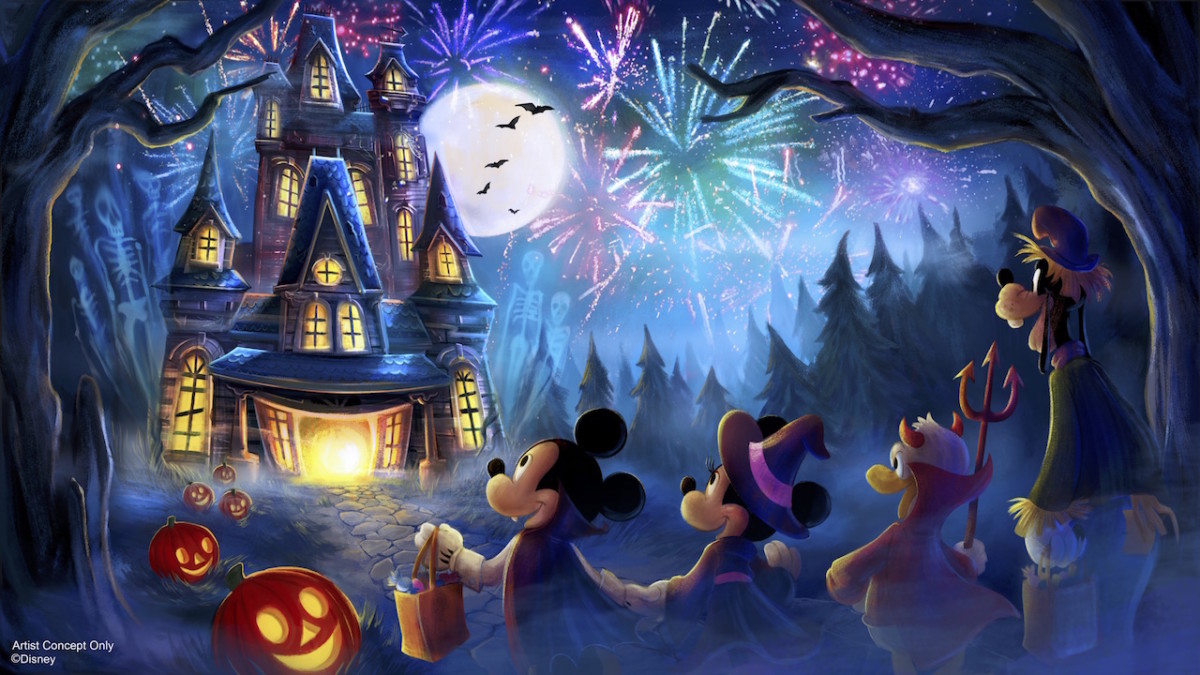 This just in from the Disney Parks Blog! So exciting!

Fall will be here before you know it, and that means it’s almost time for my favorite event of the year Mickey’s Not-So-Scary Halloween Party! And this year will be particularly exciting with several returning favorites and some all-new experiences, highlighted by the debut of the incredible new “Disney’s Not-So-Spooky Spectacular.”

Jack Skellington from Tim Burton’s “The Nightmare Before Christmas” serves as the host of this all-new nighttime extravaganza, with state-of-the-art projection effects, lasers, lighting and dazzling fireworks filling the sky above Magic Kingdom Park. Jack has come to tell a not-so-scary story about how anything can happen on Halloween night. Jack’s ghost dog, Zero, then flies off carrying everyone along on a trick-or-treating adventure, where four friends – Mickey, Minnie, Donald and Goofy – find themselves drawn into a mysterious haunted house. Their journey takes them from one room of the house to another, encountering dancing skeletons, waltzing ghosts and a whole series of troublemaking Disney villains. “Disney’s Not-So-Spooky Spectacular” promises to be the perfect Halloween treat!

The fireworks are just part of the Halloween fun. Several attractions across the park receive special enhancements just for the Halloween party! New this year, when you follow the treat trail into the Monster World at Monsters Inc. Laugh Floor, they’ll interact in all-new ways with the comic cast of monsters, as they learn about the curious Human World holiday we call Halloween.

Embarking upon the high seas with the Pirates of the Caribbean, you’ll discover a crew of live pirates on your journey, engaged in a whole new adventure in search of treasure. Space Mountain goes completely dark again this year, hurtling you through the blackness of deep space to the riffs and chords of a new hard-rockin’ soundtrack, and at the Mad Tea Party in Fantasyland, each spin of the teacups takes guests into madder and madder territory, as special lighting and music give the attraction experience an extra energy after dark.

You won’t want to miss the all-new “Disney’s Not-So-Spooky Spectacular” or any of the other delightful treats in store at Mickey’s Not-So-Scary Halloween Party, select nights August 16 – November 1, 2019. Time to get those tickets and start working on your Halloween costume!

Disneyland Monorail Cast Members are Back on Track

Take a Dive in The Seas at EPCOT