In today’s Disney Doodle, artist Ashley Taylor imagines what Clarabelle Cow would do if she had the chance to visit the Walt Disney World Resort.

Clarabelle, who joined the Disney family in 1928 and appeared in a long list of short films, is drawn here, visiting the Confectionary at Magic Kingdom Park.

Ashley explains the connection: “Clarabelle loves to bake and cook! She would make herself at home at the Confectionery at Main Street, U.S.A.!” 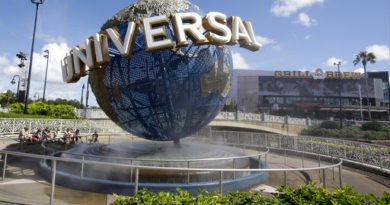