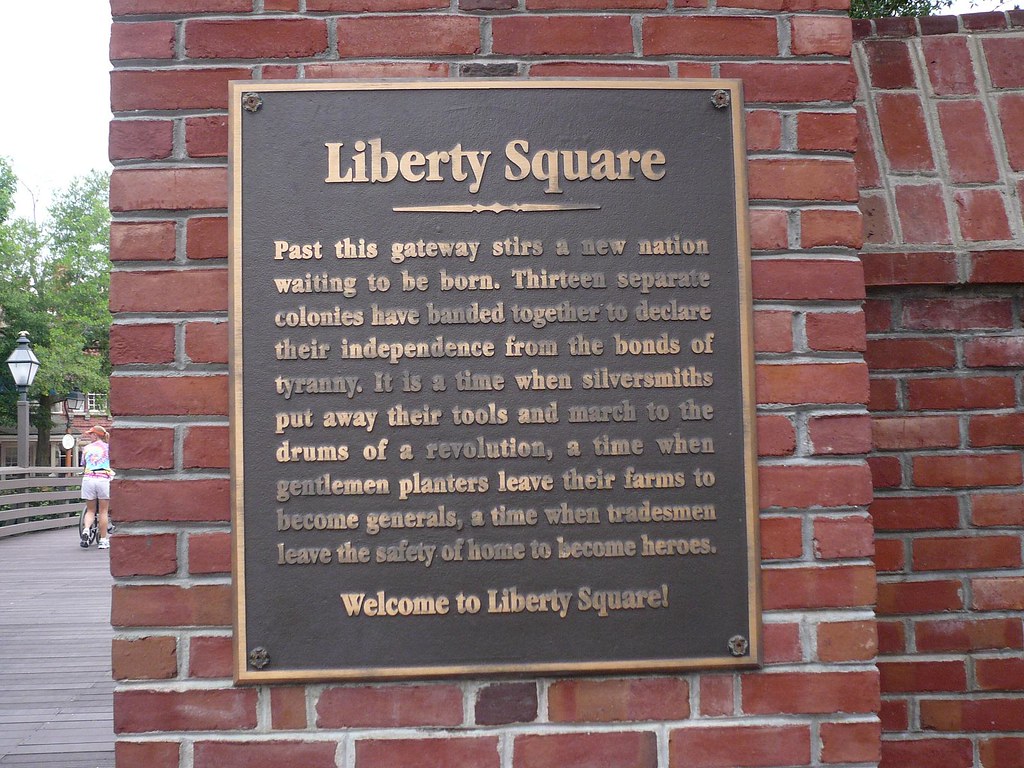 Disney is known for their attention to detail in everything they do.  From the movies to the parks, the amount of detail truly is amazing, but many don’t realize what certain things represent.  One of my favorite areas in all of Disney is Liberty Square, due mostly to my all-time favorite attraction the Haunted Mansion residing there.  Over the years, through research and conversations, I’ve learned about many different things within Liberty Square and wanted to share them with you.

Have you ever noticed the pavement in Liberty Square?  Down the center, the cement is brown in color. Do you know why?  In Revolutionary times, there was no indoor plumbing. So in order to dispose of their waste, people would dump buckets out their windows into the streets.  The color of the cement represents what the streets would have looked like with sewage having no place to go.  Kinda gross to think about it, but interesting. Will you avoid walking on the brown pavement next time you walk through Liberty Square? 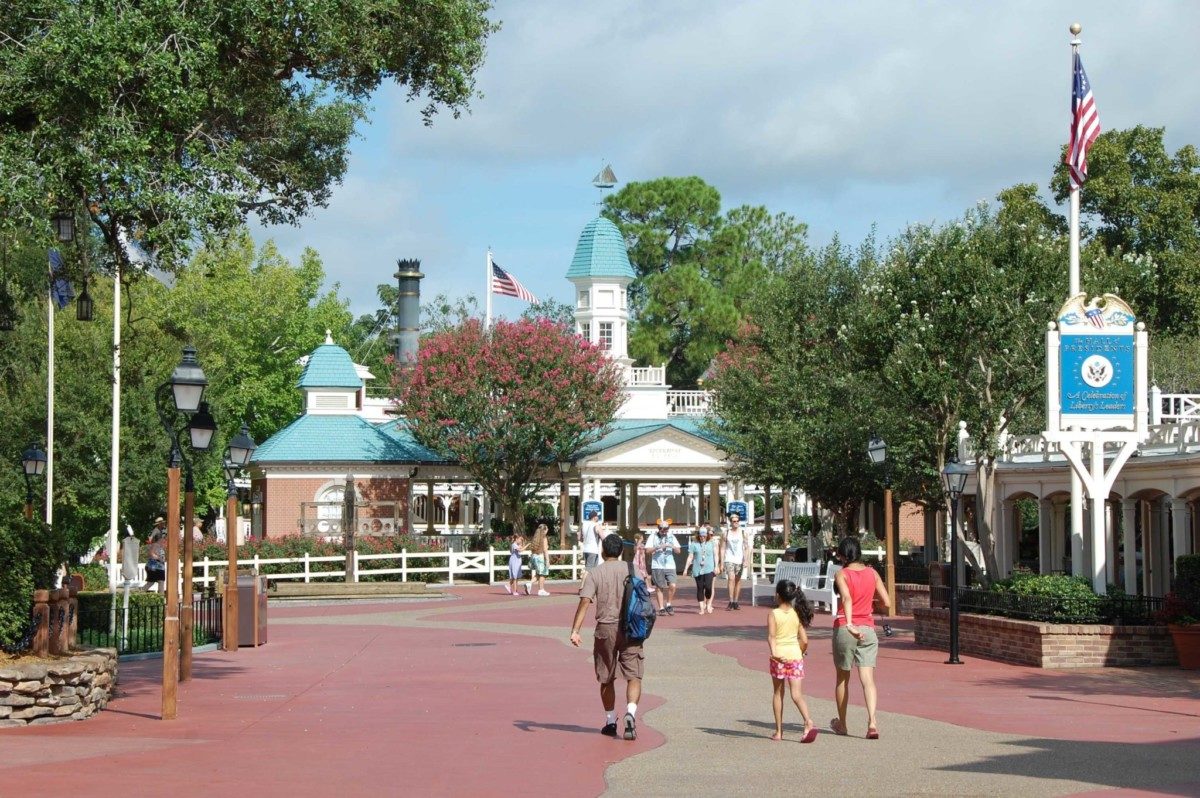 In addition to the way people would get rid of their waste, there are no bathrooms in Liberty Square.  Many will say there is a bathroom in Columbia Harbor House and Liberty Tree Tavern, and they are correct. However… In the Columbia Harbor House, the bathroom actually is on the side of the restaurant that is in Fantasyland and in the Liberty Tree Tavern, the restroom was placed so it’s actually in Adventureland/Frontierland.

While walking through Liberty Square, you will notice a progression in the buildings going toward Frontierland.  The Haunted Mansion was designed like the houses along the Hudson River in New York from the early 1700s.  As you walk through you will notice there is an area of buildings with front doors and each with a two-digit address.  If you put an 18 in front of the address, this is the time period when homes resembled those in Liberty Square.  In addition to the progression with the way homes were built, it also flows like the United States, beginning in the East (the Haunted Mansion) and continuing West toward Frontierland. 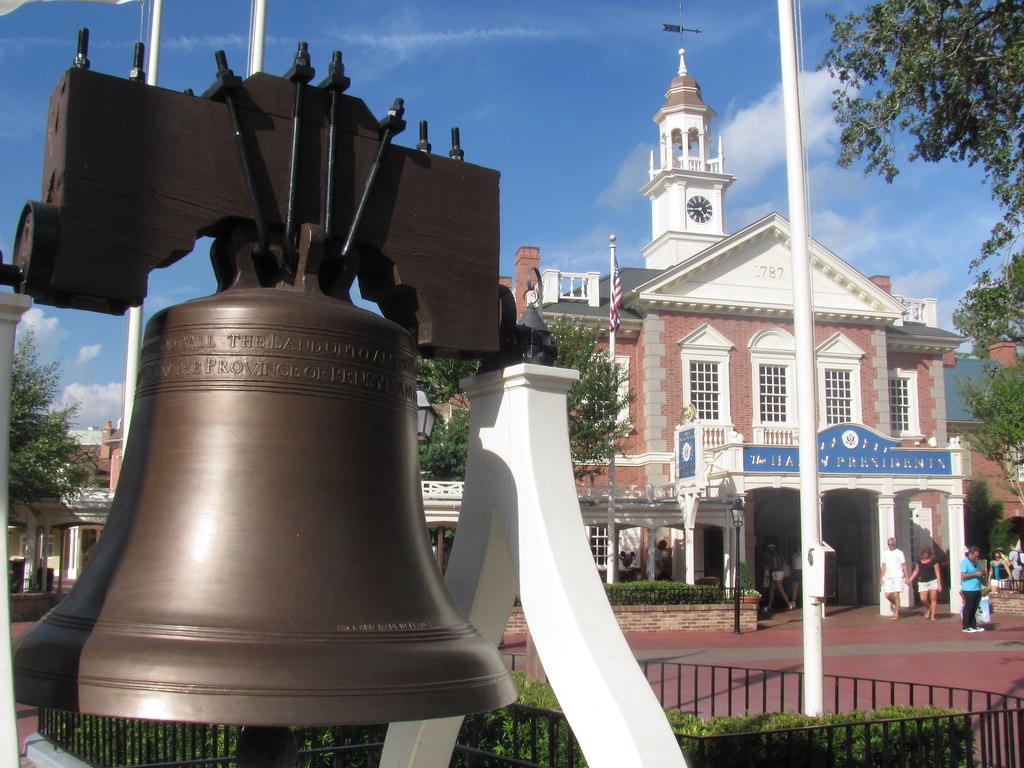 While walking toward Liberty Square from the hub, you pass a replica of the Liberty Bell on the left.  Fun fact about the bell, in 1976 each state received a replica of the Liberty Bell in celebration of America’s Bicentennial.  Since Pennsylvania had the original bell, Walt Disney World asked if they could have that one for the Magic Kingdom.  Pennsylvania agreed and Florida is in the only state with two replicas made from the cast of the original Liberty Bell. 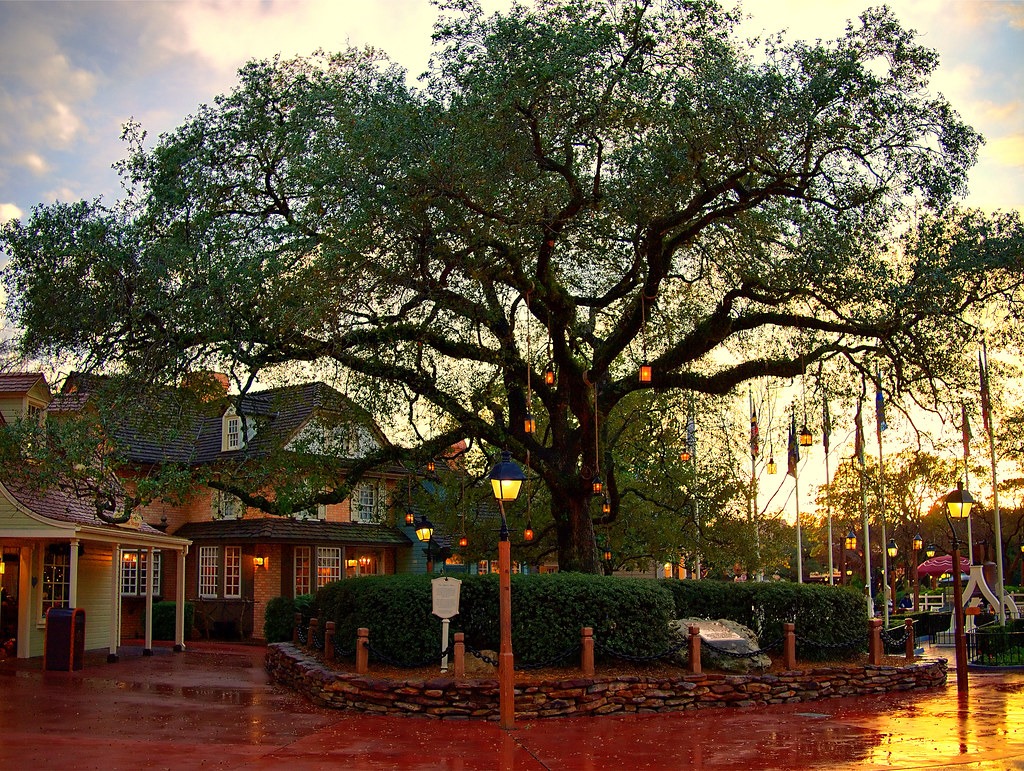 Near the Liberty Bell is a very large tree, but this isn’t just an ordinary tree that was planted.  When Liberty Square was built, the Imagineers invoked a Revolutionary-era America for the upcoming country’s Bicentennial celebration in 1976.  In order to create their own Liberty Tree, the Imagineers had to get landscape engineers to transplace the 35 ton, 135-year-old oak tree from another area on Disney property.  This was one of the most difficult feats they had ever performed at this point.  Bill Evans who was a landscaper at Disneyland and hand-picked by Walt himself created a technique where they drilled holes in the trunk of the tree, pruning the root system.  If you notice, the Liberty Tress also holds lanterns, 13 to be exact.  One for each of the original colonies.

While walking through Liberty Square, you may notice that the shutters are not hung straight on the buildings.  The reason for this, during the Revolutionary War there was virtually no metal shipped to America from England as they feared the metal would be used to make bullets.  The Americans took the metal from their shutters in order to make ammunition to fight in the war.  They then used leather to hang their shutters on their homes.  Over time, the leather would stretch and the shutter would hang at an angle. 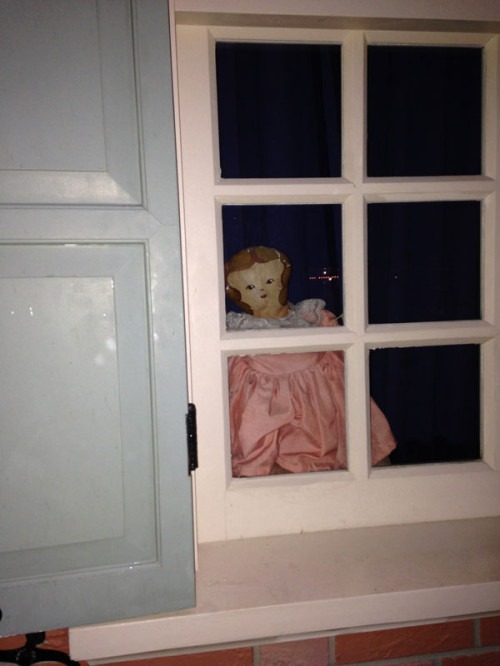 While walking by the Liberty Square houses, if you look closely you will find a little girl’s doll in one of the windows.  The reason behind this, in the colonies they would put a doll in a window as a signal to firefighters there was a child that lived in the house.

In another upper window, you will notice two lanterns. The phrase “One, if by land, and two, if by sea” was coined by the American poet, Henry W. Longfellow in his poem, Paul Revere’s Ride.  This was a signal to warn that the British were coming and it was by sea.

There are some more little tidbits about Liberty Square but I wanted to share these with you.  Thank you for reading and I hope you learned something from this post. See you next time!

#DisneyMagicMoments: Arrrgh! Celebrate ‘International Talk Like A Pirate Day’ with Favorite Pirates of the Caribbean Photos from Around the World