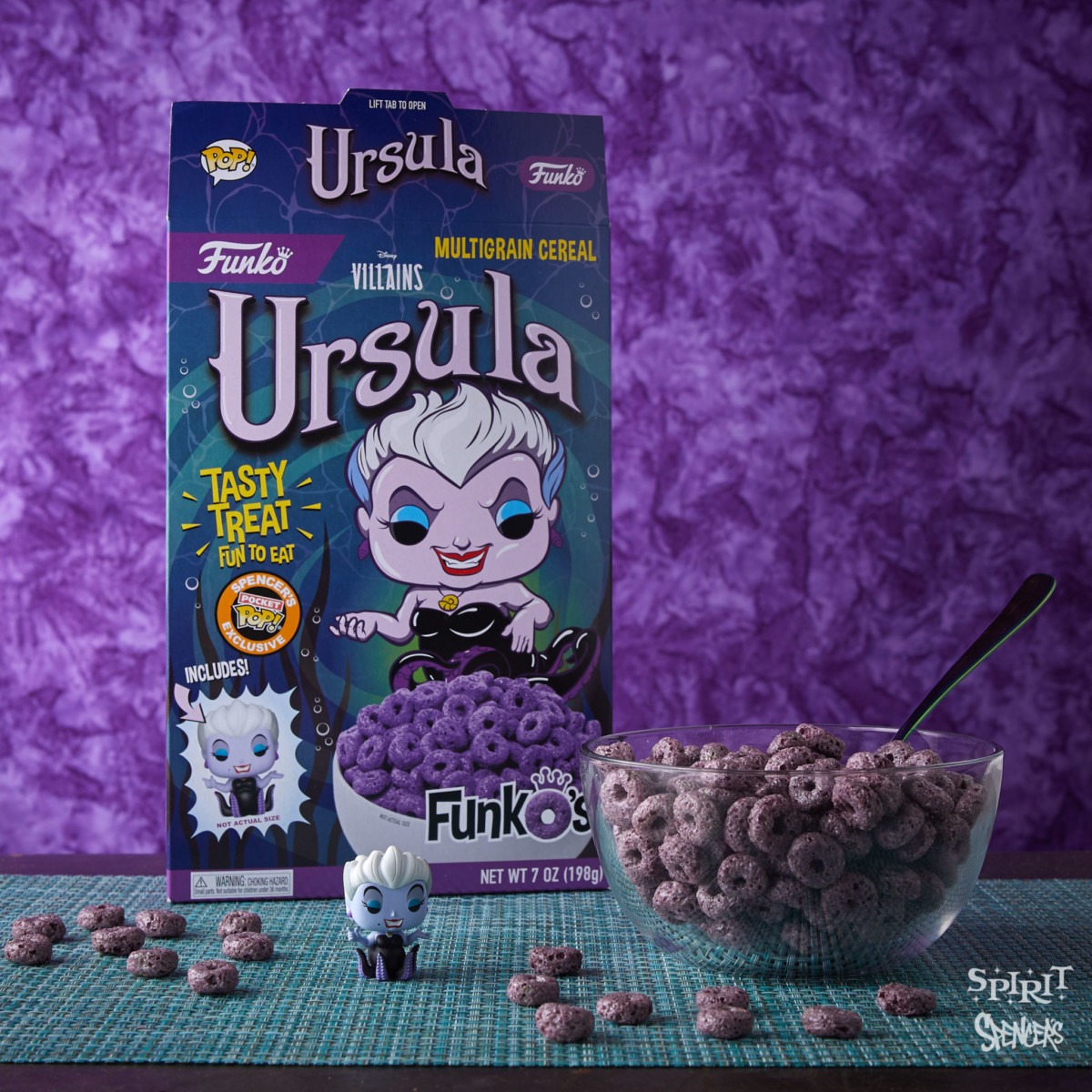 I know we have a lot of Funko fans that follow along here, so I wanted to share this info that I was alerted to from Nerdist! Check it out! 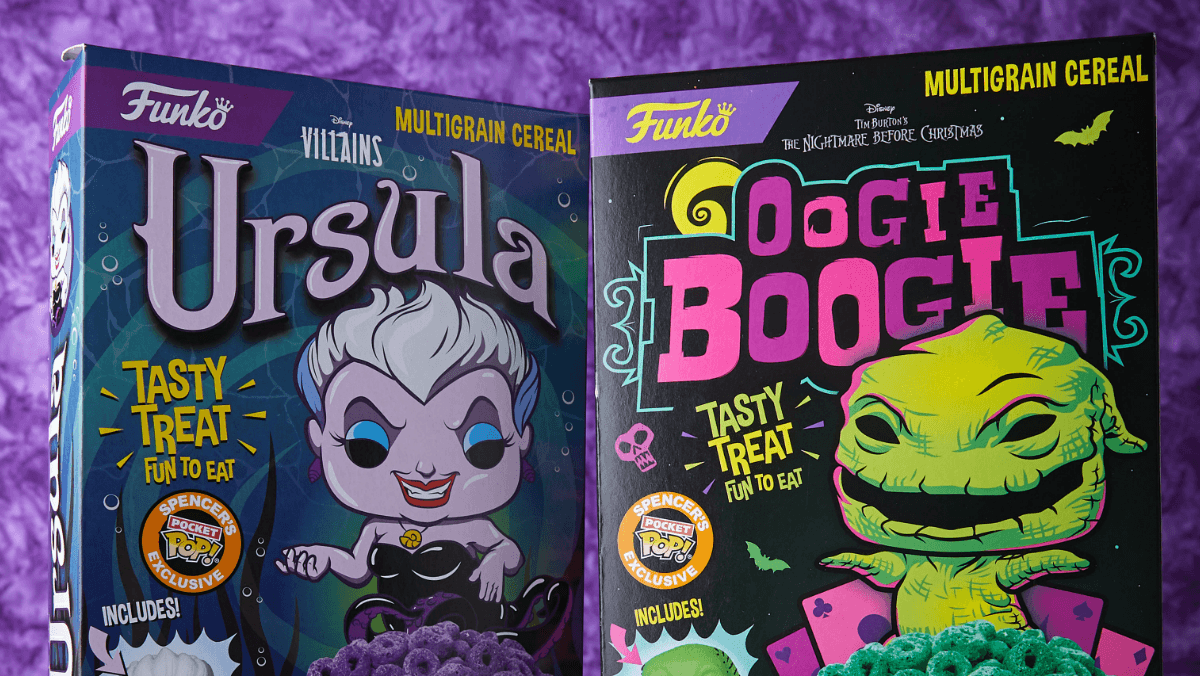 It may only be August, but that doesn’t mean we’re not already gearing up for Halloween. The spooky season is just around the corner, and brands far and wide are anticipating the beloved holiday with tons of new spookily seasonal products. Among those new items are these Disney villain cereals from Funko, which feature two of the most iconic bad guys from our childhoods: The Little Mermaid‘s Ursula and The Nightmare Before Christmas‘ Oogie Boogie.

These villainous characters will join four others (to be revealed at later dates) in a line of Funko cereals (or FunkO’s) meant to celebrate Halloween with all of their festive splendor. Each box comes complete with several servings of delicious, sugary cereal, and also includes a Pocket POP! of selected character.

Of course, the fabulous, tentacled Ursula comes with her own purple multigrain cereal, which you’ll want to eat up quick before she has time to lure you into her undersea cave and steal your voice for herself. The Pocket POP! version of the sea witch looks as though she’s all primed to do some trickery. 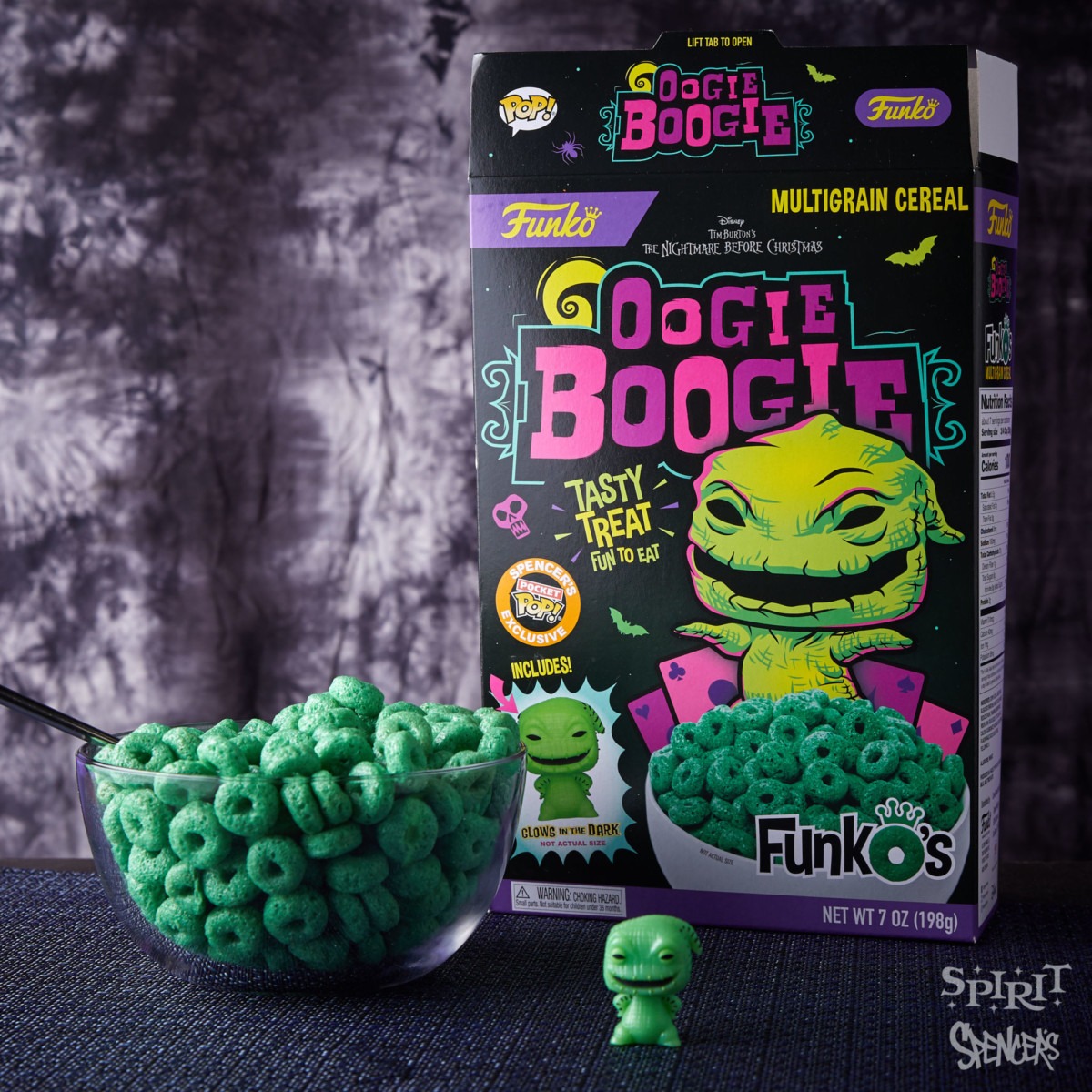 You don’t want to be a Jack Skellington and get stuck in this bad guy’s web. Why not gobble up his cereal instead and get ahead of the game? We promise that unlike Oogie Boogie, there are no bugs hidden inside.

The Disney villain FunkO’s cereal will be available at Spencer’s and Spirit Halloween in late August and early September, and are currently set for preorders on the store websites here and here, with an expected ship date of September 11.

Whether you plan to eat the cereal or save the unopened box for collector’s purposes is up to you. Either option is a great way to indulge in the holiday spirit and fill your life with a little more villainous fun. Stay tuned for even more spooky cereal to come!

Info and photos from Nerdist.com.

Celebrate 626 Day with Your Ohana and Fun New Merchandise from shopDisney!