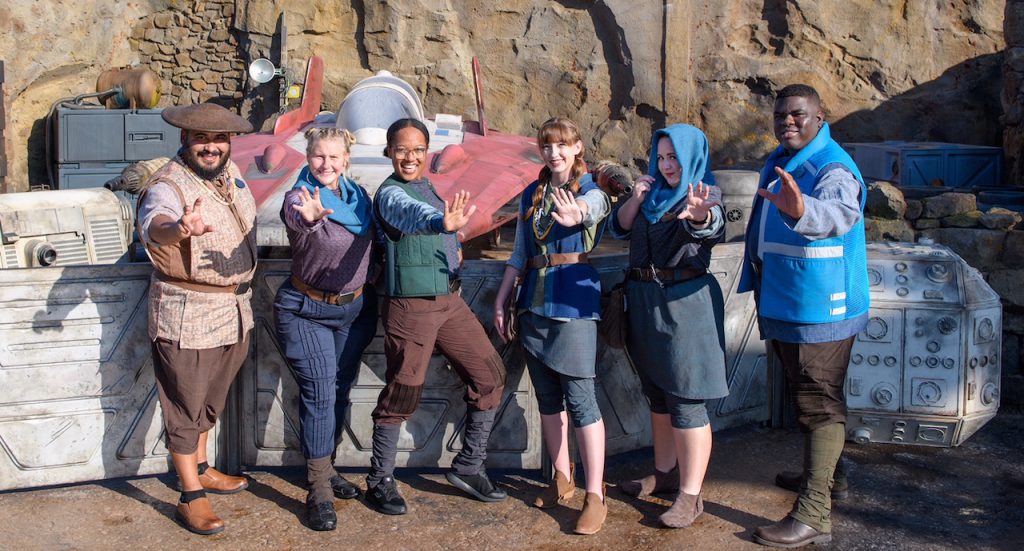 The Force is strong with the Central Florida community.  As a cast member, I’ve been waiting with anticipation and excitement for this amazing land to open since the day we announced. We are now just three short weeks away from the opening of Star Wars: Galaxy’s Edge at Walt Disney World Resort! This groundbreaking expansion represents the largest single-themed land created in a Disney park, transporting guests to the planet of Batuu and pushing the boundaries of innovation and creativity. Like any project of this scale, it took a village to bring it to life, contributing more than 7,000 jobs to the region since development began in 2016.

Among these new jobs are 1,700 operational roles, including leadership positions, entertainment performers, attractions engineers, and food and beverage and merchandise hosts and hostesses. These exciting expansions offer our cast members new opportunities to expand their skills and grow their careers all across our Resort. Additional jobs resulted from the support of both small and large Florida-based companies, creating over 5,500 local trade, artisan and construction roles.

Check out the video below to learn more about the amazing impact this project had on our community.

The talented, dedicated cast members who joined the opening crew had unique opportunities to learn about the story of this amazing new land. They also received specialized name tags and the ability to customize their costume by hand-selecting apparel and accessories from an array of Resistance- and First Order-themed options, creating a unique Batuuan look and fully integrating them into life on the planet.

For more information on career opportunities with Disney, including some of the benefits and perks such as the Disney Aspire education investment program, be sure to visit DisneyCareers.com.

We can’t wait for you to live your Star Wars adventure at Star Wars: Galaxy’s Edge, opening Aug. 29 at Disney’s Hollywood Studios. Until then, may the Force be with you!