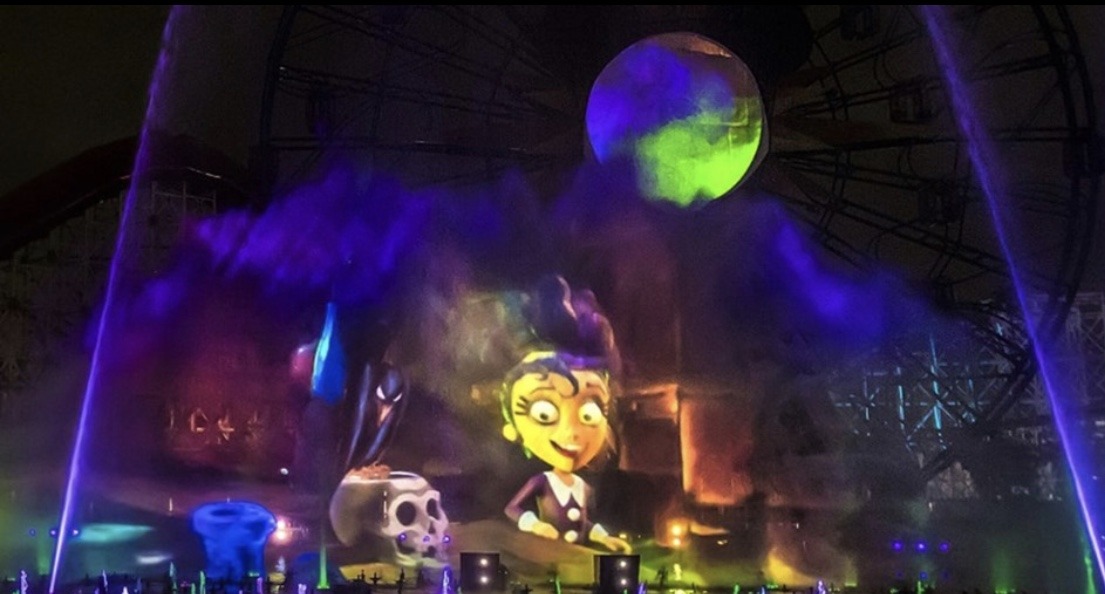 Nerdist put out the scoop on a character that’s debuting during the Disneyland Resort Halloween festivities! Here’s what they had to say!

The goth-inspired teen will make her official debut during Disneyland’s Halloween-inspired water and light show “Villainous!”

Regardless of whether its protagonist is a carefree lion or a small-town bookworm, there are certain things that you’ll always find in a Disney film: a story about good versus evil, a battle between heroes and villains, and super catchy songs that will stay in your head for at least a year. But Shelley Marie, named for Frankenstein author Mary Shelley, is about as far from a typical “Disney princess” as you can get.

For one thing, she’s not really a princess. She’s a regular preteen who idolizes Maleficent’s shape-shifting more than Ariel’s whimsical dreams of love. For another, she’s not a character created for a movie or even a video game—she’s an original character created specifically for a Disneyland theme park.

Designed by Disney animator Eric Goldberg, whose credits include Hercules, Moana, and most notably Robin Williams’ Genie from Aladdin, the character’s fashion aesthetic is described as “a mash-up of Wednesday Addams from ‘The Addams Family’ and Lydia from ‘Beetlejuice,’ but with fewer goth overtures and bolder colors.” As for her personality? Goldberg told the L.A. Times that “she has the vulnerabilities of a little girl, but she’s got this side to her.” He further likened Shelley to Lilo of Lilo & Stitch. “She’s an adorable character but can’t help herself from acting out. Shelley is like that. She doesn’t do anything wantonly evil, but she has this thing pulsing in her DNA.”

The goth-inspired teen will make her official debut during Disneyland’s Halloween-inspired water and light show “Villainous!” A story focused on a search for her Halloween costume leads her on a journey that involves the numerous villains from Disney’s storied history. While she won’t speak, viewers will be able to follow her story through nuanced facial expressions and vocal inflections, like an eyeroll or an eyebrow raise. 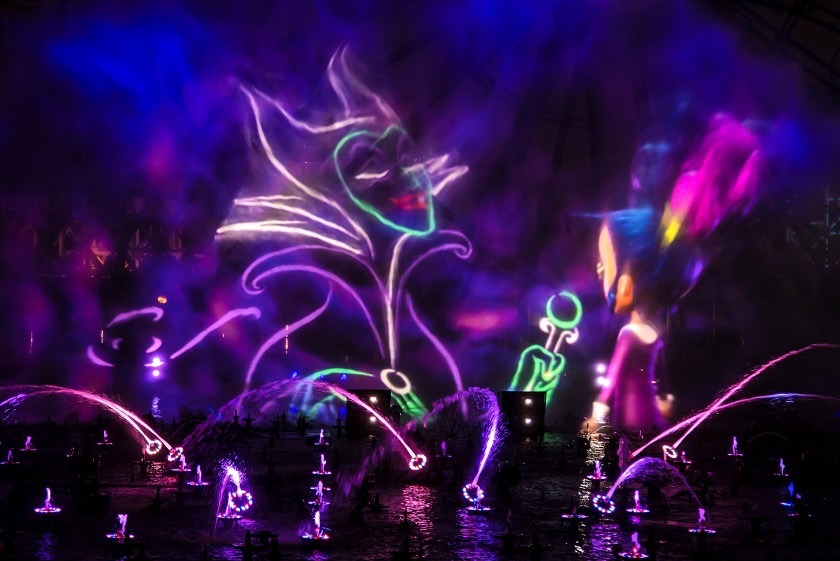 “Villainous!” begins Sept. 17 at Disneyland’s California Adventure Park and runs for 20 weeks as part of the theme park’s after-hours Disney Halloween Party. We hear you need to be ticketed to attend, but maybe Shelley Marie can inspire you to be a little devious…after all, a little persuasion never hurt our favorite villains when it came to getting what they wanted.

Thanks to Nerdist.com, Andrea Towers for the info and pics!