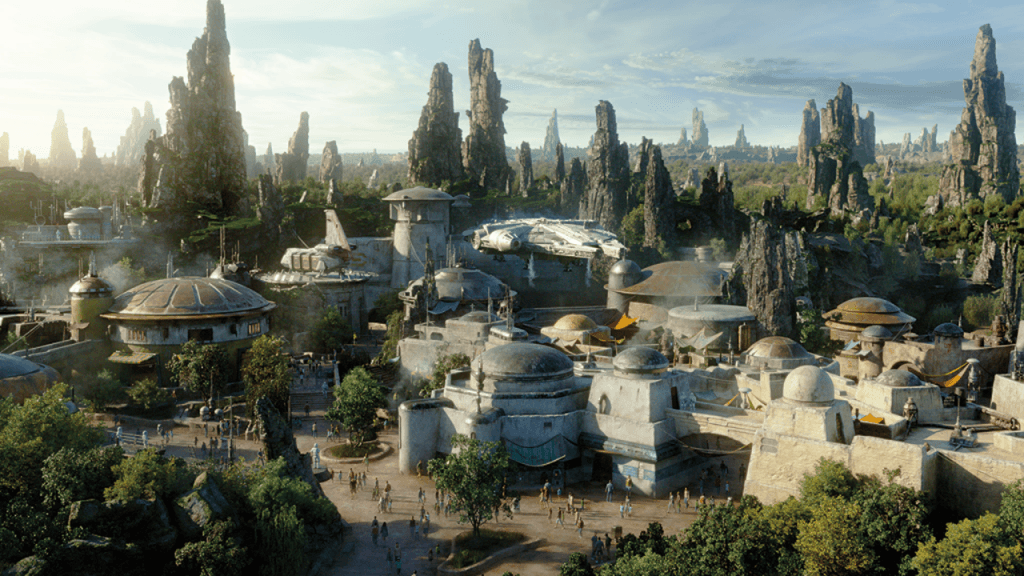 With the addition of Star Wars: Galaxy’s Edge at Walt Disney World Resort, plus Star Wars Day at Sea on the Disney Fantasy and Star Wars: Millennium Falcon on the Disney Dream, families looking to escape the winter can have an epic land and sea vacation from Florida in early 2020.

Star Wars fans won’t want to miss the opportunity for an out-of-this-galaxy experience featuring an action-packed visit to Walt Disney World Resort followed by a relaxing and fun-filled cruise that celebrates the legendary adventures from the Star Wars saga.

When Star Wars: Galaxy’s Edge opens Aug. 29, you’ll be transported to the remote planet of Batuu where you can become part of your own Star Wars story as you sample galactic food and beverages, explore a collection of merchant shops and come in contact with the Resistance and the First Order. You can also take the controls of the most famous ship in the galaxy on Millennium Falcon: Smugglers Run, one of two anchor attractions in the land.

The second attraction, Star Wars: Rise of the Resistance, is set to open Dec. 5 and will place you right in the middle of a climactic battle between the Resistance and the First Order. The journey will take you inside a full-size starship and aboard a nearby Star Destroyer as you prepare to face off with Kylo Ren!

Star Wars Day at Sea on the Disney Fantasy

Star Wars Day at Sea returns to the Disney Fantasy from January to March with nine special weeklong Caribbean itineraries setting sail from Port Canaveral near Orlando. The event features a full day of Star Wars celebrations including a deck party spectacular with an extraordinary fireworks display, encounters with the galaxy’s most formidable and heroic characters, Star Wars-themed family and youth activities, unique food and beverage offerings and special merchandise.

In Disney’s Oceaneer Club on the Disney Fantasy, Star Wars: Command Post takes kids on a journey where they train with heroes of the Star Wars saga and help with missions against the First Order. Themed to a Resistance base turned Force-filled play area, this youth space takes kids to a galaxy far, far away in a whole new way.

Those of you looking for a shorter cruise escape can still get your fix of Star Wars aboard a Disney Dream 3- or 4-night Bahamian voyage, sailing year-round from Port Canaveral. At Star Wars: Millennium Falcon in Disney’s Oceaneer Club, kids can sit in the cockpit of the legendary spaceship and pilot it through hyperspace, triggering lightspeed jumps to different locations around the galaxy. Parents, you can play here, too, during the youth club’s Open House!

There’s also an action-filled training adventure with a Jedi Master who teaches kids how to use the Force to move objects and play Jedi mind tricks on Stormtroopers and Imperial Officers. Excitement continues during a shipboard version of the popular Jedi Training experience that invites younglings to learn lightsaber moves from a Jedi Master before a faceoff with Darth Vader.

Plan your visit to Star Wars: Galaxy’s Edge, and learn more about Star Wars Day at Sea aboard the Disney Fantasy, plus Disney Dream cruise options, on disneycruise.com. May the Force be with you on your tropical escape this winter!