Disney guests will traverse the corridors of a Star Destroyer and join an epic battle between the First Order and the Resistance – including a faceoff with Kylo Ren – when Star Wars: Rise of the Resistance opens Dec. 5, 2019, at Walt Disney World Resort in Florida and Jan. 17, 2020, at Disneyland Resort in California. At 14 acres each, Star Wars: Galaxy’s Edge at Disneyland, now open, and at Disney’s Hollywood Studios, opening Aug. 29, 2019, is Disney’s largest single-themed land expansion ever. (Disney Parks)

Stay in the Hocus Pocus Cottage in October for only $31! 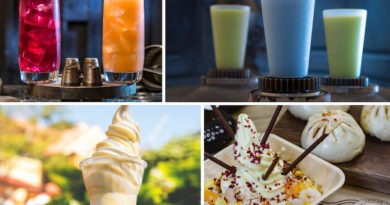 Top Treats for Staying Cool this Summer 2019 at Disney Parks