Walt Disney Imagineering designed Star Wars: Galaxy’s Edge to be the definitive Star Wars experience, where everything in the land is authentic to that famous galaxy far, far away. Inspiration for the planet Batuu and its Black Spire Outpost came from all manner of sources, including film sets, archival documents, real-world locales and more.

#DisneyMagicMoments: Conjuring Up the Magic – Recipes for Your Halfway2Halloween Celebration

What Is The Pepper’s Ghost Effect Inside The Haunted Mansion 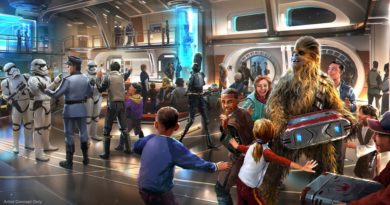