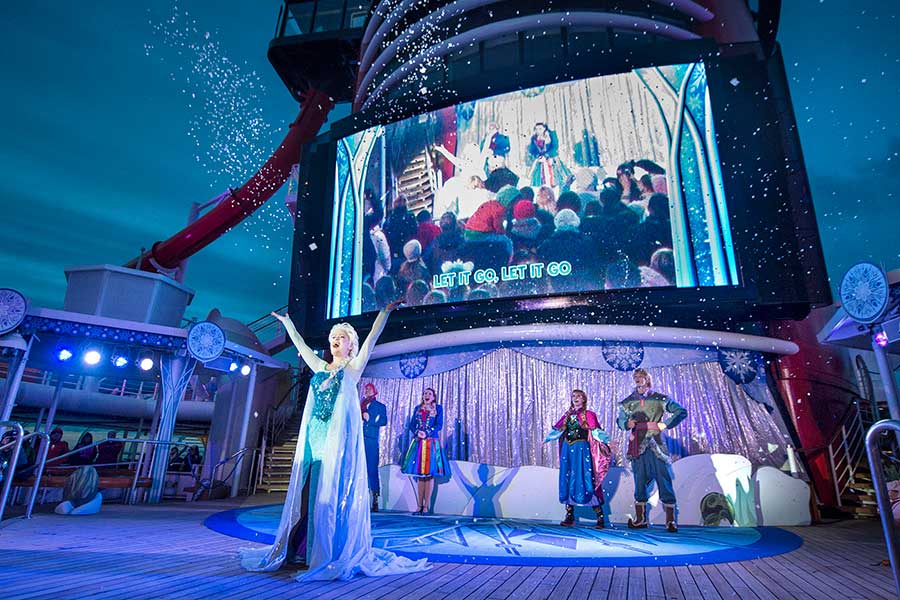 What better way to celebrate the upcoming premiere of “Frozen 2” than on a cruise to one of the lands that inspired Arendelle? That was the exact thought of Disney animation veteran Bobs Gannaway when he took his family on our Norwegian Fjords cruise this summer.

You may already know that Gannaway’s daughter, Hadley, voices young Anna in the highly-anticipated “Frozen” sequel. So it’s an understatement to say that this cruise was a very special celebration for their family!

During the sailing, he surprised guests with an inside look at his creative journey and career with Disney. Then he had the incredible honor of introducing his daughter to the stage as a special sneak peek into “Frozen 2,” which debuts on our ships Nov. 22, the same day it releases in theaters on land.

Like all guests on our Norwegian Fjords cruises, the Gannaway family had the unique opportunity to explore the natural wonders and architecture that inspired the legendary land of Arendelle. On board the ship, they were immersed in the world of “Frozen” with activities inspired by the film.

Do you want to “let it go” and escape to the world of “Frozen,” too? Here are some of the ways you can join the frozen fun on a Disney cruise:

To bring the world of “Frozen” to life for your family, head to DisneyCruise.com to check out all of our options for your next Disney cruise, including a return to Norway in 2020!