Full of immersive experiences, tantalizing tastes and exciting encounters, Star Wars: Galaxy’s Edge has been thrilling guests at Disneyland Resort since it welcomed its first guests in May and now Walt Disney World Resort has opened its doors to travelers from all over the galaxy! During D23 Expo, attendees had the chance to hear from a few of the inspiring women who played a major role in making the unique lands possible.

Moderated by Catherine Powell, President, Disney Parks Western Region (left), and introduced by Ashley Eckstein, Voice Actress and creator of Her Universe (right), the panelists included women from Disneyland Resort and Walt Disney Imagineering, who enthralled the audience with stories from their work on the project while offering words of wisdom and perspective for the next generation of #WomenBehindtheMagic.

Let’s hear a bit more about their experiences…

Kris Theiler, Vice President of Disneyland Park, was responsible for overseeing all operations to ensure the land functioned smoothly within the overall scope of DisneylandpPark. She also worked to unite all of the resort’s cast members to be a part of the momentous occasion.

“We want to tell the stories of Star Wars: Galaxy’s Edge – bring that to life, bring Disney stories and also the theme park aspect to it, and so many times it was really just collaboration.”

Part of that collaboration centered around preparing cast for their roles as local Batuuans in Black Spire Outpost.

“A place can’t come to life without people and our cast. We worked really hard at Disneyland Resort to make sure we were getting the cast very excited and making sure they were going to be able to add to the storytelling in the land.”

“This was an incredible project. Projects like this are complex, they last a long time and building a team that is dynamic and collaborative is always tricky. You match the Disney fans with the Star Wars fans, the expectation of what we had to deliver and what we needed and wanted to deliver was huge.”

As a leader on the Star Wars: Galaxy’s Edge team, and inspired by the strong female role models she had throughout her career, Robin made it a personal goal to make sure that young women on the project were able to offer their unique perspectives as the land came to life.

“I’ve got to tell you – the young generation that is coming in have a skill set and a level of technology and point of view that is informed by very different things. And so, I hope that I help create an environment that allows them to have that voice.”

Guests who have visited Star Wars: Galaxy’s Edge know first-hand that the land is incredibly immersive and invites guests to experience their very own Star Wars adventure. By using the Play Disney Parks app, guests can utilize their very own Star Wars: Datapad. Anisha Deshmane, Assistant Producer at Walt Disney Imagineering, was integral to the development of the immersive experience guests discover on their visit to Star Wars: Galaxy’s Edge, where they’re invited to explore Black Spire Outpost and create their own adventures by using the Star Wars: Datapad.

“All of the storylines are relevant – all of them are important. Everyone has something unique about Star Wars that they latch onto, and that’s something that we wanted to bring to life. We really wanted to make sure that all of our guests had the opportunity to have a really unique, customized experience that they chose how to spend their time.”

Bringing the land to life in the Star Wars: Datapad and the land itself meant that Disney Imagineers had to create all-new stories and moments for guests to explore and discover during their visits.

For Margaret Kerrison, Managing Story Editor at Walt Disney Imagineering, telling the story of a land that we had never visited before but that always existed in the Star Wars galaxy was a huge challenge – and the opportunity of a lifetime.

Margaret helped create a land that fans have been eagerly anticipating for decades. Her secret? Take away the linear beginning, middle and end, like when you watch a TV show or film, and engage every sense.

“It’s not just sight and hearing anymore. We’re tasting, touching and hearing things. We’re interacting with characters that were just action figures in our backyards and rooms and now they’re actions figures come to life and they’re responding and reacting to us – it’s unimaginable.”

Carrie Beck, Vice President, Live Action Development & Production at Lucasfilm discussed how collaboration between Imagineers and the Lucasfilm Story Group helped ensure that the story of Black Spire Outpost felt entirely new, yet authentically Star Wars and full of interesting and diverse voices. From sharing legacy information to real-time planning, Carrie delivered important intel to the team of Imagineers working on the project.

“One of the things that was really incredible was thinking in a whole new way about the depth of the story that would have to be created to make this place feel real and immersive. The reason it feels authentic is because it has that natural progression and the evolution of Star Wars history. So much of it was creating a culture of a place and we wanted to make it feel like as if it was a place you never knew you always wanted to go.”

“It’s important that you have diversity from all points of view because you need to fill stories with all those different perspectives to keep them engaged and interesting. It’s just about trying to make sure the stories that you’re telling are relevant to the audience participating in them. And so our hope with Star Wars is so everyone can find themselves in these stories that we’re telling.”

We’re excited to share even more stories of the incredible women who work to bring magic to our guests each and every day. From building the spires of Star Wars: Galaxy’s Edge to cooking up delectable dishes at Victoria & Albert’s, there are so many talented women to meet around Disney Parks, Experiences and Products. Stay tuned for more stories and join the conversation on social media with #WomenBehindtheMagic! 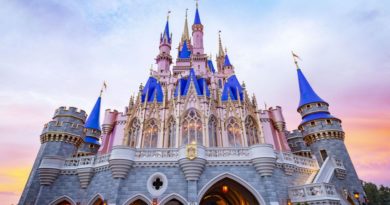 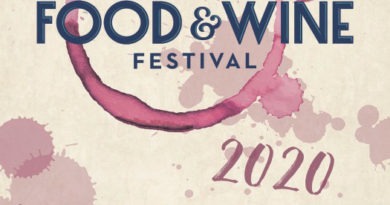