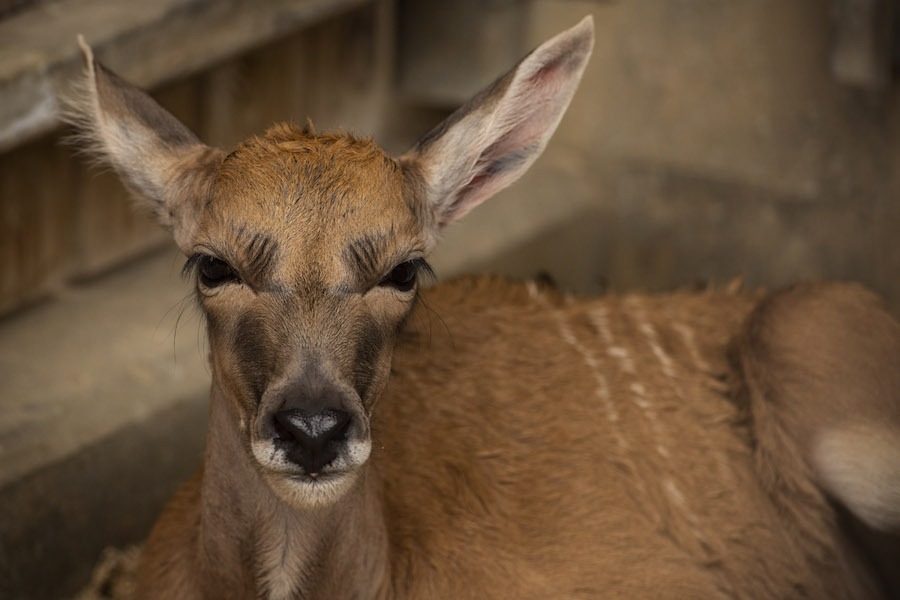 Walt Disney World Resort was fortunate to be spared from Hurricane Dorian, and today it’s back to business as usual. Cast Members across property worked diligently to prepare for the storm, including the Animals, Science and Environment Cast Members, who were busy taking care of our herd. And we’re excited to share the herd just grew by one.

Early this morning, an eland in our care gave birth to a healthy calf named Doppler in honor of its post-storm arrival. Gender is not known as of yet. These photos were taken in the first few hours after the birth, and the calf has already taken its first steps.

The calf was born as part of a species survival plan in partnership with the Association of Zoos and Aquariums (AZA). Mom and baby are bonding well, and the team will conduct a neonatal exam in the coming days to get a gauge on the calf’s weight, height and gender. The pair will remain backstage for the next several weeks before venturing out onto the savanna with the rest of the herd at Disney’s Animal Kingdom.