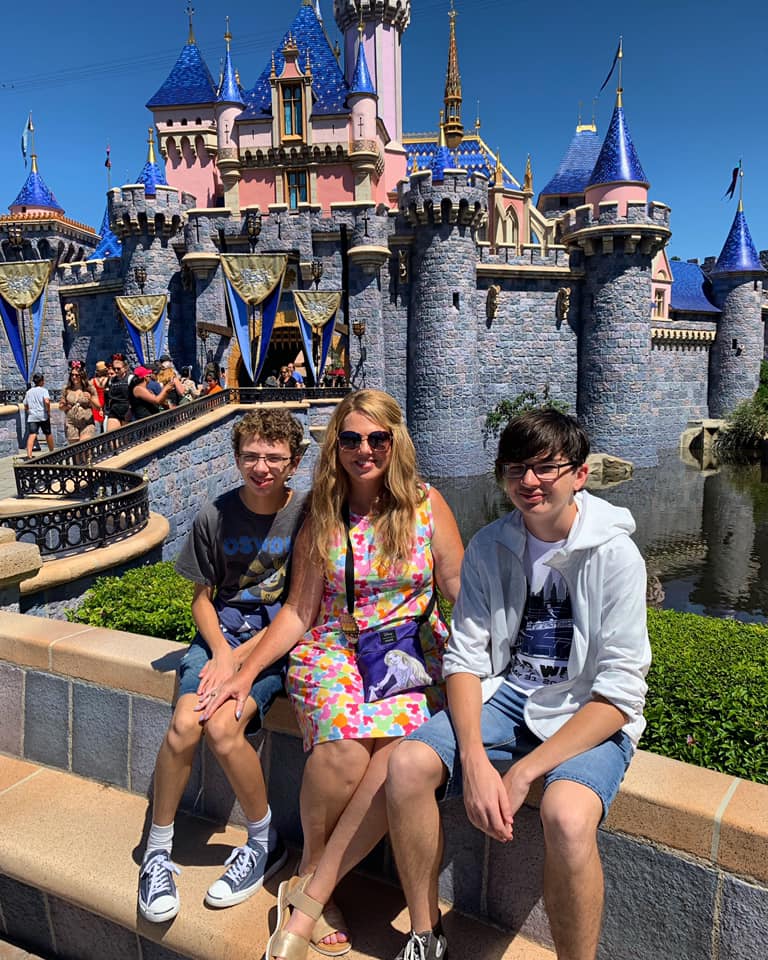 I know it’s been awhile since we’ve chatted on a Wednesday, but so much has been going on it’s been hard to keep up. These past few weeks have been a complete whirlwind, and if you’ve been following along on social media, you know why! First up, we had events for Mickey’s Not So Scary Halloween Party and the Epcot Food and Wine Festival. After that, we went out to Disneyland in California. The main reason to go to Anaheim was to cover the D23 Expo, but since we were going, we got in some park time too. California is beautiful, truly. The scenery is gorgeous, the parks out there are a lot of fun, and we really enjoyed ourselves. One great thing about the Disneyland Resort is that you can park hop much easier, as both parks are right across from each other. We stayed at the Grand Legacy at the Park, which is in walking distance to the main entrance of Disneyland. So convenient! It was also within walking distance to the Anaheim Convention Center for D23, so needless to say we got in a lot of steps that week. The kids had a great time as well, they love that California Adventure has Marvel included, and Guardians of the Galaxy Mission Breakout is a favorite for all of us. Pixar Pier too, we love it. One day, we took the afternoon to go sight seeing and drove out to find the Hollywood sign and ended up checking out the Hollywood Walk of Fame. Of course we found Walt’s star, plus a few more of our favorites. It was pretty surreal. For me, you see these things on TV and in movies, but when you get to go in person it’s pretty cool. California isn’t a place we get to visit often, so I wanted to make sure we made the most of it. Back at Disneyland, the Haunted Mansion 50 year celebration was still going on so they had an extra exhibit, plus we of course rode the Mansion a few times. It’s our must do ride, always. Disneyland has such charm and history, I miss it already. Our week went by so fast. 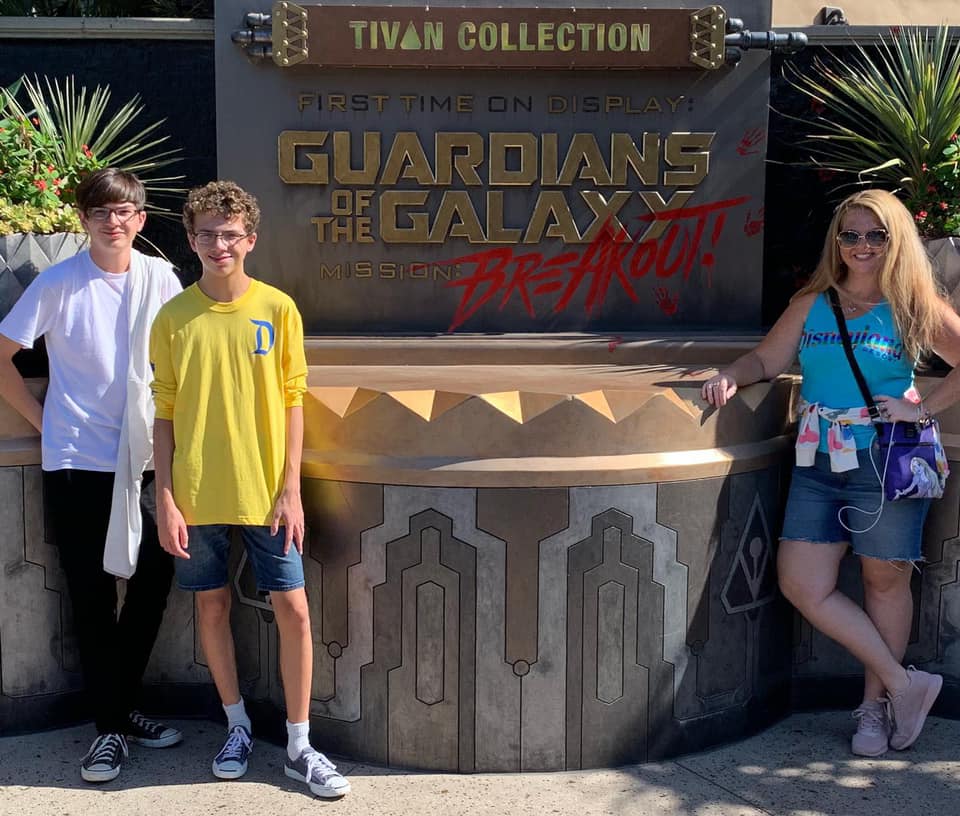 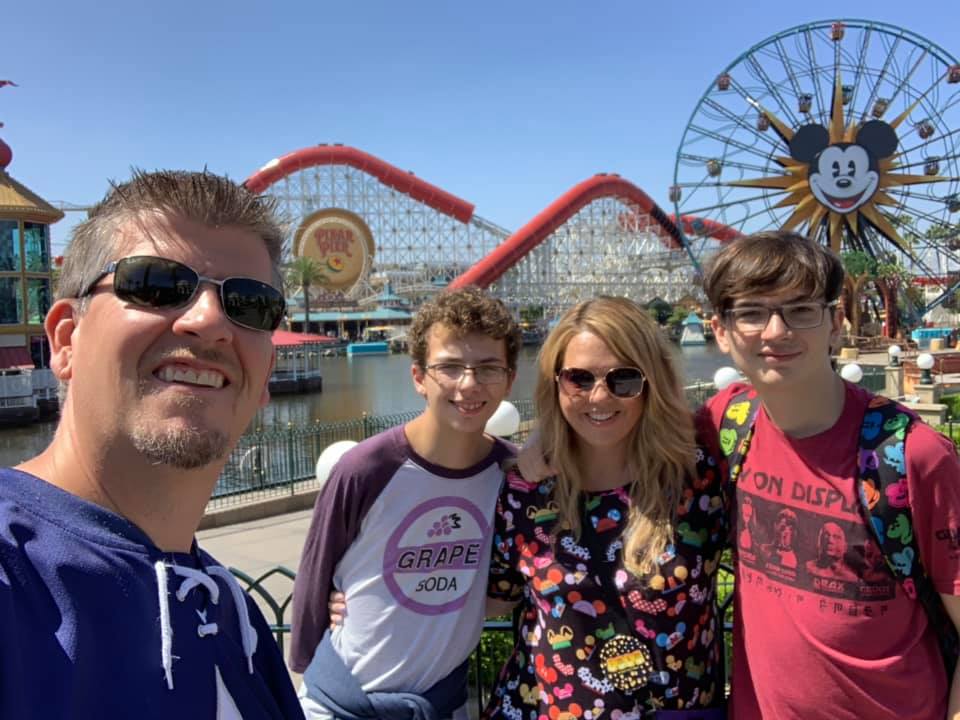 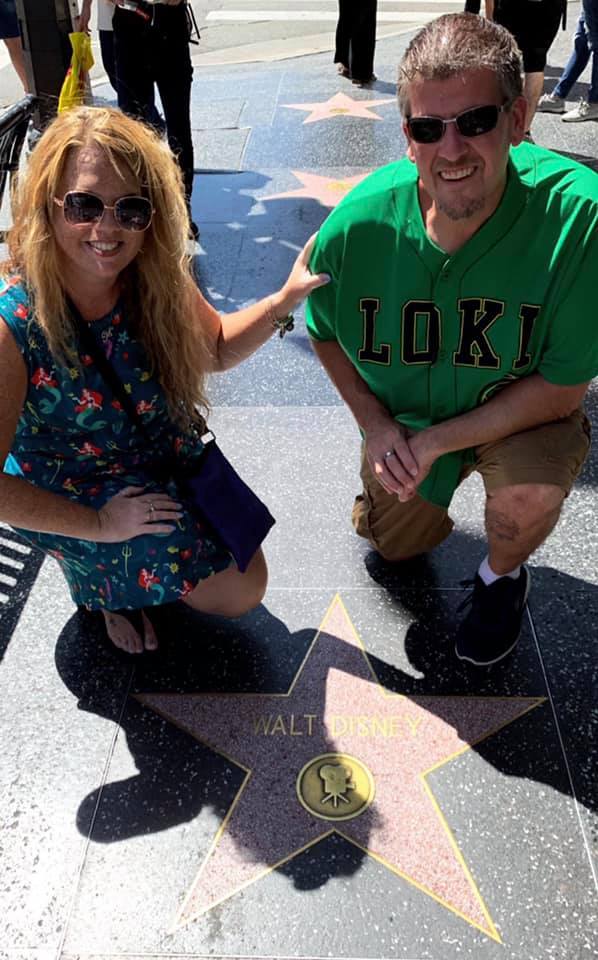 The D23 Expo is huge… it’s an overwhelming convention to cover. Between displays, panels, vendor booths and more, it’s a lot. I’m always up for the challenge though, of course, so we hit the ground running on Friday. The night before was a media preview where we got to see the Disney Archives display and got a sneak peek at what to expect from the convention this year. The two main panels I was excited to cover were the Disney Legends ceremony and the Disney Parks panel. Robert Downey Jr. was one of the inductees and I was pretty excited. Both are a big deal and I wanted to be sure to do a good job. Honestly, I think we knocked it out of the park this year, news wise. I covered the inside of the events, Scott was gathering info from the floor, and together we did pretty well. Whenever we get invited to cover events as media, I take it very seriously. For years it was a dream and goal of mine to be able to cover events for Disney and I never want to take that for granted or mess anything up. It’s too important. See, hard work really does pay off, but you have to value what you have and count your blessings. I wholeheartedly believe that and I’m thankful. I hope you enjoyed our coverage from California! 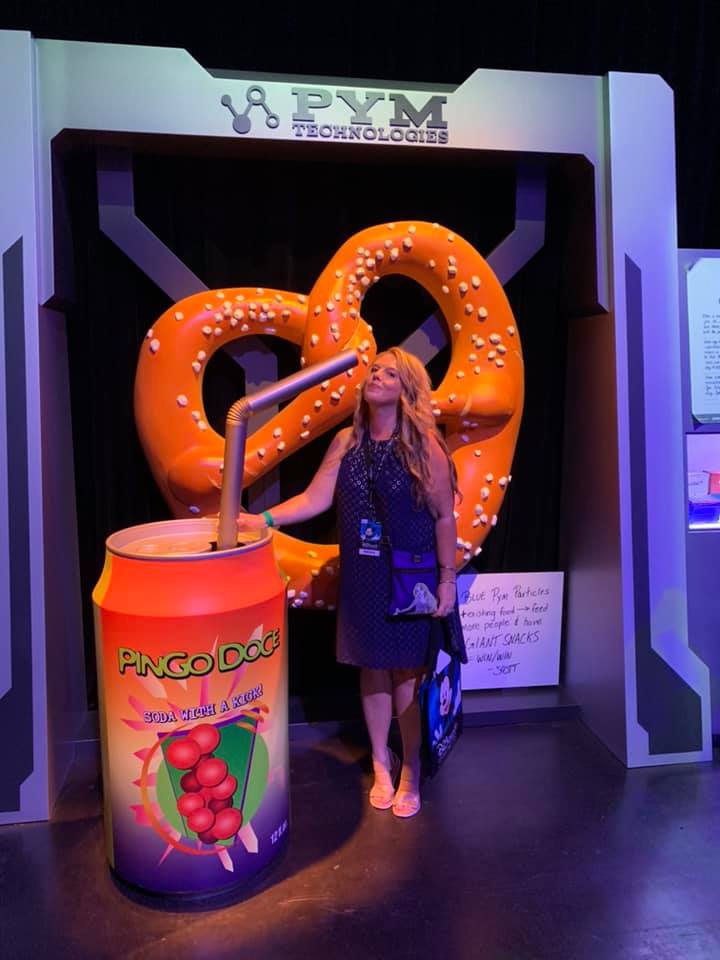 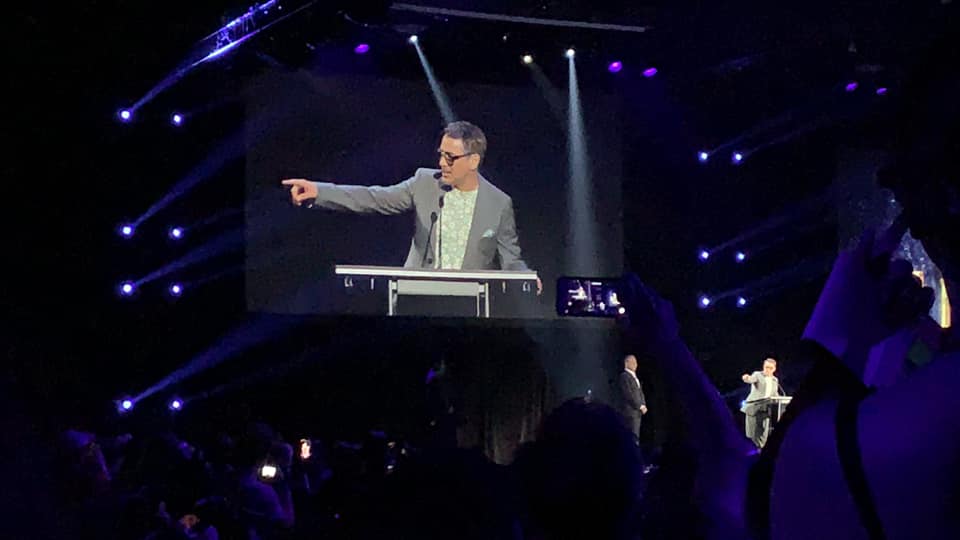 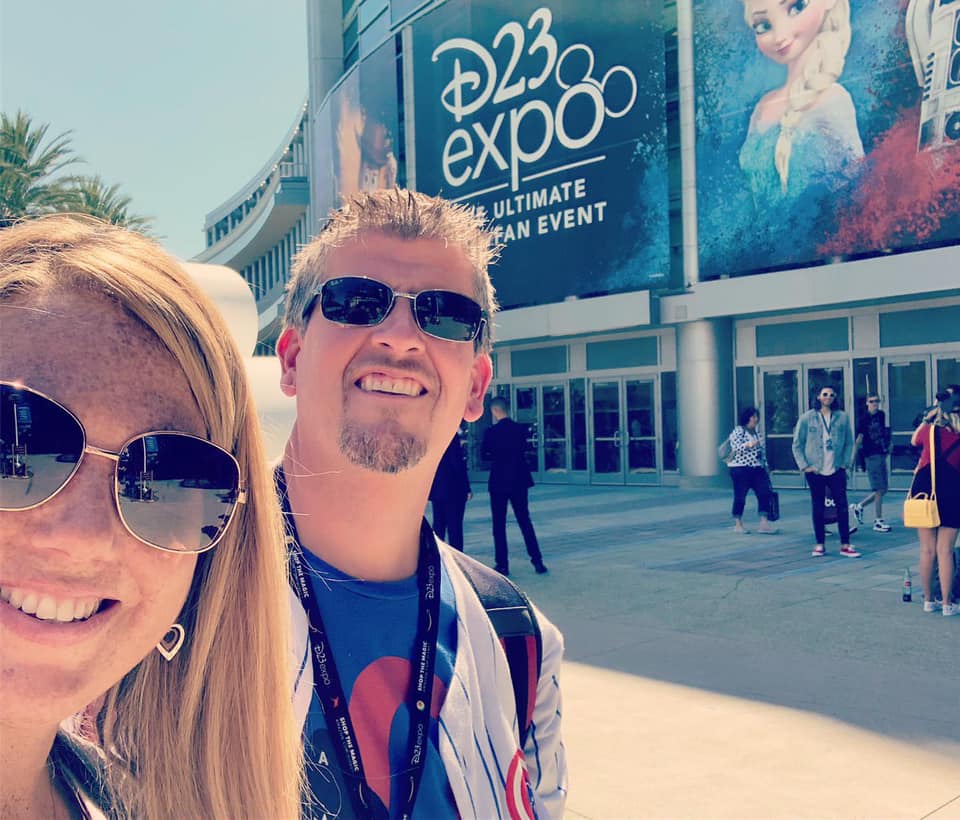 We got into Orlando in the early morning last Tuesday, a few hours later I had to be at Hollywood Studios to cover the grand opening of Galaxy’s Edge. Who needs sleep? Tuesday I spent the day exploring the land, doing interviews and getting as much footage as I could. The following day was the opening ceremony with Bob Chapek. I was so tired but so grateful that I get to do these things. Consequently though, I managed to catch a pretty bad cold from overdoing it, so I’ve been laying low since then. Sometimes our bodies make us slow down and tell us when it’s time to rest. I think that’s the point I’ve been at. But before that happened, I was pretty proud of the work we did over that time, so I gladly took the down time. I’ll post videos below of all the various things we talked about so you can get a better idea of everything, So much fun. 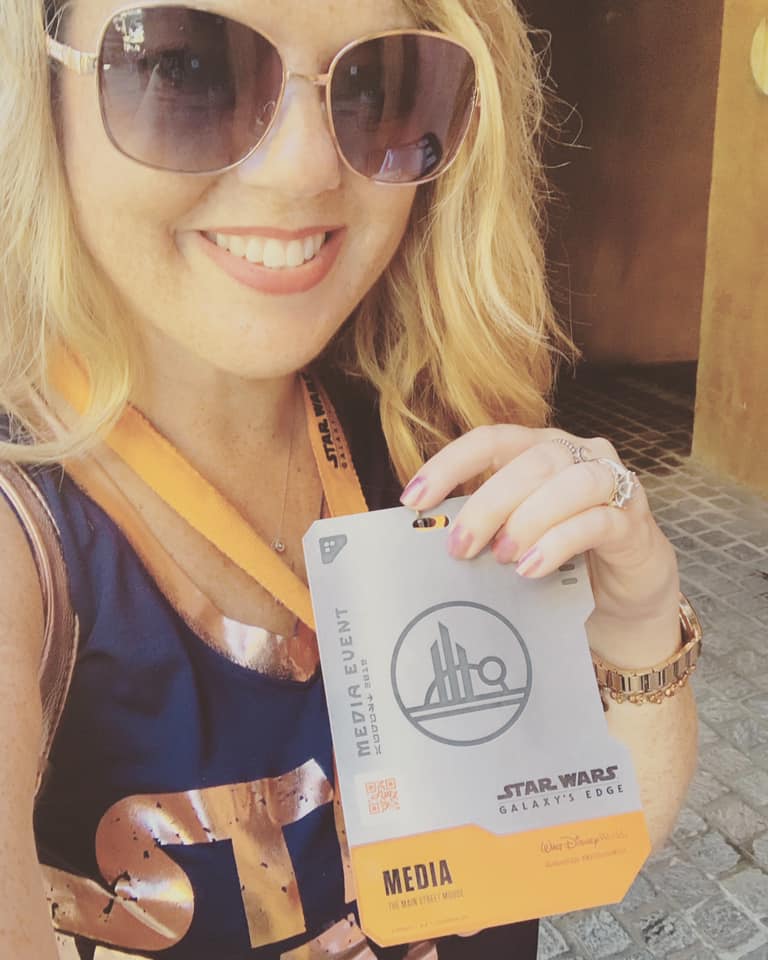 As you know, Hurricane Dorian has been occupying a lot of peoples time since week. We have been on hurricane watch here in Florida, not just trying to get ourselves ready but also to make sure the news got out to our readers. It’s always scary when the weather is so uncertain, but thank God the Orlando area pretty much came out with no issues. Send extra prayers for those who did not, like the people in the Bahamas. Just heartbreaking. On that note, I’m going to wrap things up for the week. From the bottom of my heart, I thank you all so much for supporting The Main Street Mouse and all that we do. We have this amazing site because of the fantastic people who follow us, and I’m so appreciative of that. Until next time, sending you lots of love, blessings and pixie dust. See ya real soon. ~M