Two highlights of attending a Mickey’s Not-So-Scary Halloween Party for my family have always been grabbing a sidewalk seat for “Mickey’s Boo-To-You Halloween Parade,” and watching the party’s exclusive fireworks show.

This year, there have been spooky new elements added in to the parade that I just can’t wait to see in person, as well as the debut of the brand-new fireworks show, “Disney’s Not So Spooky Spectacular.”

New characters you’ll want to keep your eye out for in “Mickey’s Boo-To-You Halloween Parade” this season include the debut of the spectral bride from the Haunted Mansion, who now proceeds the dead waltzers and the Hitchhiking Ghosts down the parade route. That’s one goulish gown!

Party nights are also highlighted with the brand-new “Disney’s Not So Spooky Spectacular,” a spellbinding show hosted by Jack Skellington that turns Cinderella Castle into a mysterious haunted house combined with a frightfully fun fireworks display. Check out a sneak peek at this must-see show above.

Excited to plan your own visit to Mickey’s Not-So-Scary Halloween Party? Reservations are available on DisneyWorld.com. Space is limited and will fill up fast, so book your reservation soon!

Thanks to photographer Mark Willard for the photos. 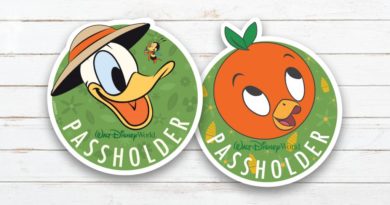