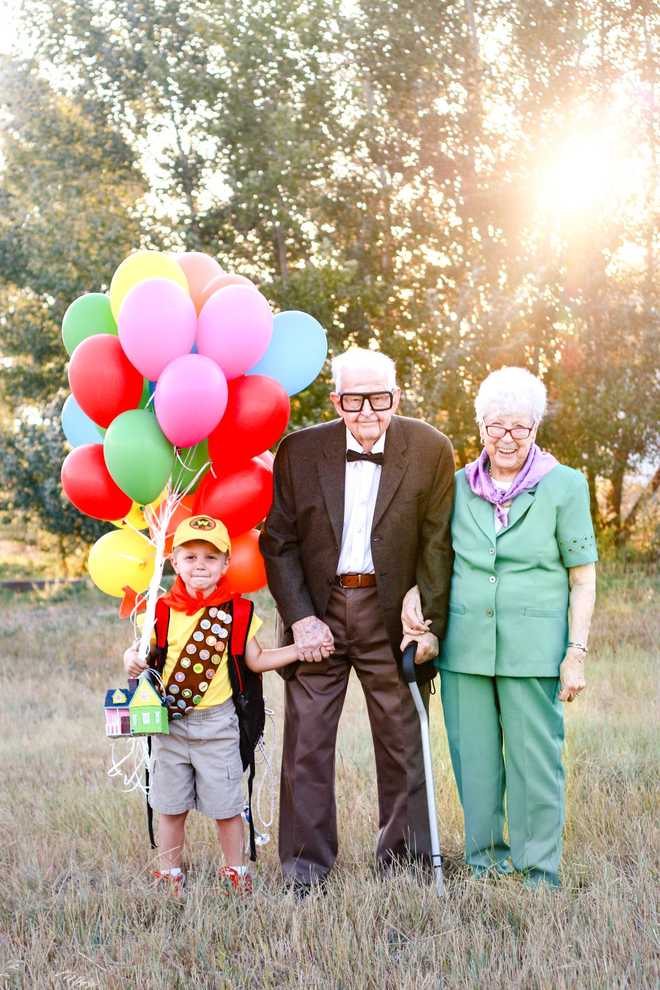 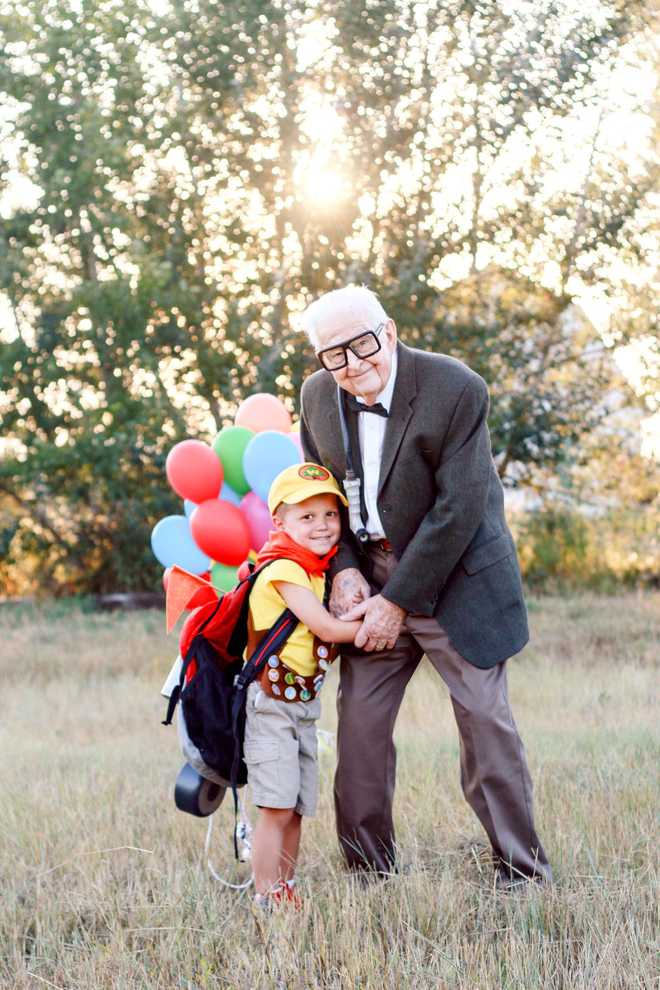 Photographer Rachel Perman surprised her children with the chance to do a special photoshoot for each of their birthdays.

Her 5-year-old son, Elijah, chose to do a photoshoot based on his favorite movie: Pixar’s “Up.” He dressed as Russel and his 90-year-old great-grandparents joined in as Carl and Ellie.

“They were thrilled to participate and loved that I asked them. Grandpa even went to the thrift store to get the jacket and hose. He said, ‘I noticed in a photo Carl had a hose over his shoulder.’ They have never seen the movie!” Perman said.

The photos have gone viral, being shared thousands of times across social media. Perman said Elijah’s love of the movie “Up” is a serious obsession.

“It’s the only thing he draws and colors (the house with balloons) and the only books he wants to get at the library, and the only toy he wanted when we were in Disney World last year,” she said.

It was a special gift for Perman too.

“I was diagnosed with cancer right after my twins were born and had fears if I would even get to see their 5th birthday,” she wrote. “… SO for their 5th birthday I wanted to celebrate the things they love with photos! It’s a celebration for me and them!”

Perman said she told her kids they are bringing happiness to people across the nation with the sweet pictures.