Magic will soon be in the air at Walt Disney World Resort when the new Disney Skyliner transportation system opens to guests this Sunday, Sept. 29, 2019. Disney executives were joined by several other cast members this morning at Disney’s Caribbean Beach Resort for a special dedication moment for the complimentary new transportation system. Today’s festivities featured Disney characters, fireworks and more in honor of this “most magical flight on Earth.”

Take a look at this video to see some of the fun:

While riding Disney Skyliner, guests are treated to never-before-seen views of Walt Disney World Resort as they float along the treetops and waterways alike. The system provides bird’s-eye vantage points of Disney icons such as the Hollywood Tower Hotel and Spaceship Earth. 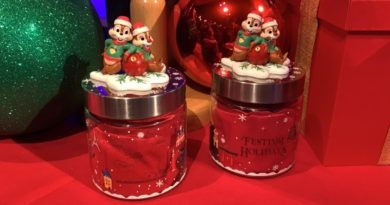 Epcot International Festival of the Holidays 2019! Get the Scoop Below!

Guardians of the Galaxy 3: Release Date, Cast, Plot – What We Know About the Marvel Sequel