You’ve probably heard of Jermaine Bell, the generous 7-year-old who donated his savings – which he’d planned to spend during a trip to Disney’s Animal Kingdom – to those affected by Hurricane Dorian. Millions were moved by the story of this child’s generous spirit, and just a few days later, Mickey Mouse made a surprise appearance at Jermaine’s birthday party to personally invite him to visit Walt Disney World.

Over the weekend, Walt Disney World Resort rolled out the red carpet for Jermaine and his family, as they visited all four Walt Disney World theme parks and even took in a Mickey’s Not-So-Scary Halloween Party at Magic Kingdom Park.

For Jermaine, a highlight of his trip was visiting Disney’s Animal Kingdom, where he experienced Kilimanjaro Safaris, received a private tour lead by Disney Animal Programs, watched “Festival of the Lion King” (and was surprised with a private meet and greet with the cast after the show), and also attended “Rivers of Light.”

According to Jermaine’s mother, Lauren Creech, her son’s generosity came as no surprise – but the reaction to it did.

“In our family, we are givers and it just makes me overjoyed to see that at such an early age that he has grasped those values,” she said.

A few park guests even recognized Jermaine during his visit, a fact that his mother said was a true highlight for her.

“I think that’s the biggest thing,” Lauren said. “There’s no way we could’ve known that something as simple as him being generous would’ve blown up and affected so many people.”

Take an inside look at Jermaine’s visit in the video above. 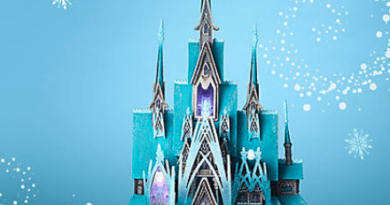