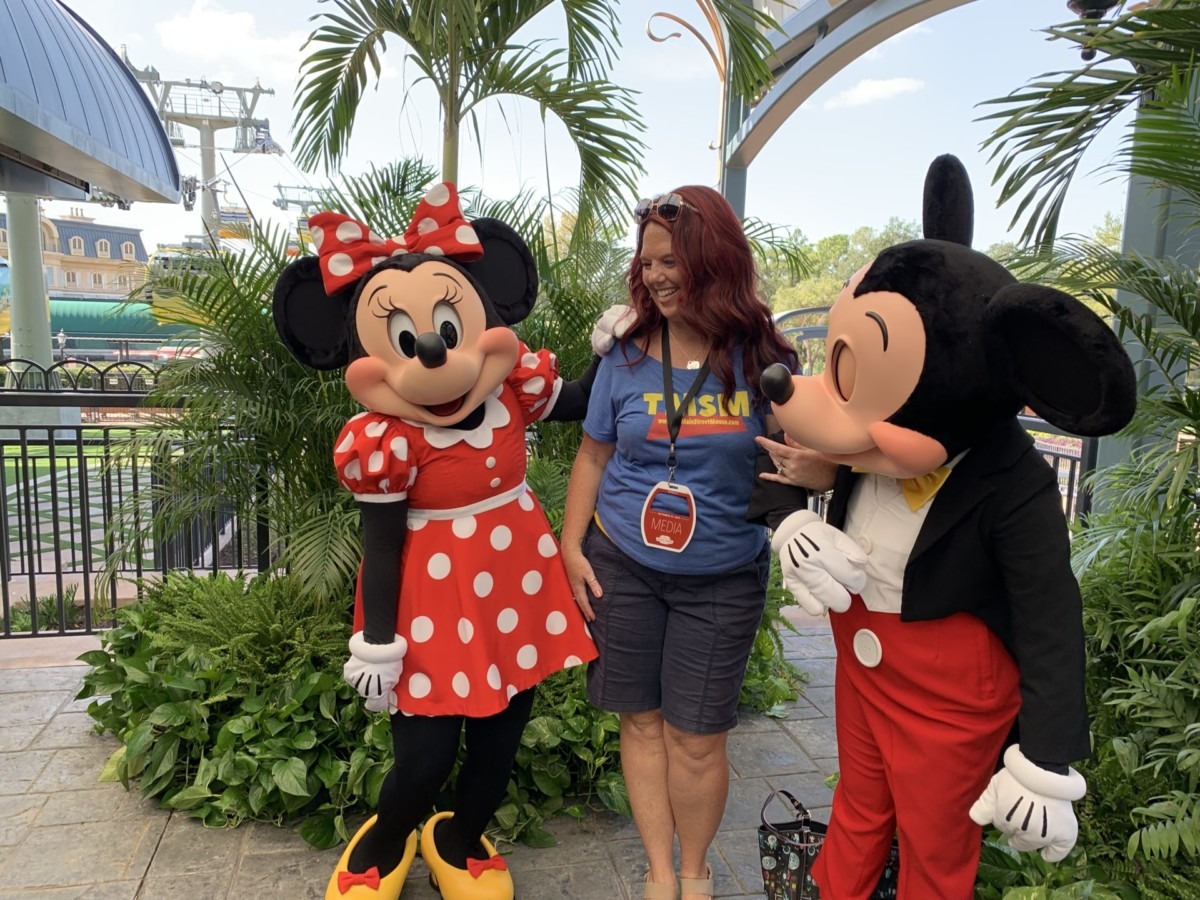 It’s Wednesday and we have SO much to talk about this week, so I’m just going to get right to it!

This past week has been a whirlwind, truly. It’s funny how sometimes things are easy peasy, not super hectic… and other times it’s one thing after another. Lately it’s been the latter. Busy indeed. Last Friday, there was a media event in the morning for the Disney Skyliner, as the grand opening was Sunday. This is one event that I had been looking forward to. Ever since the construction began on the new gondola system I’ve been excited to give them a try. Our readers have had so many questions about them as well, so it was finally time to see everything for myself. I was so ready and not scared. My first impression of the Skyliner was WOW. It’s smooth, there’s a lovely breeze, and the view is fantastic! I was not disappointed whatsoever. The general consensus from the group I was with was the same, everyone thought the new transportation was great. Later that night we had to go check in at Give Kids the World because the next day was a fundraiser we were participating in. Long day but good!

Saturday we were a part of Magic Streamdom for Give Kids the World. It was an all day live streaming telethon to raise money for this amazing organization that sends deserving families on magical vacations. Our segment was scheduled for late afternoon at Hollywood Studios, and we had some Main Streeters on hand waiting to support us, plus our travel partner Beci. I had been talking about this event for a few weeks on our social media, and seeing people remember and want to be there with us was so nice. Speaking of nice, our friend, Disney Parks Live host Mark Daniel was there as well. Mark met us there to help with our live feed, as we walked through Galaxy’s Edge and did a little tour for the viewers. Then Beci gave a generous donation during our hour and the evening ended on a high note. I couldn’t have asked for better, and the fundraiser in total raised over $15,000 for Give Kids the World. Just awesome. 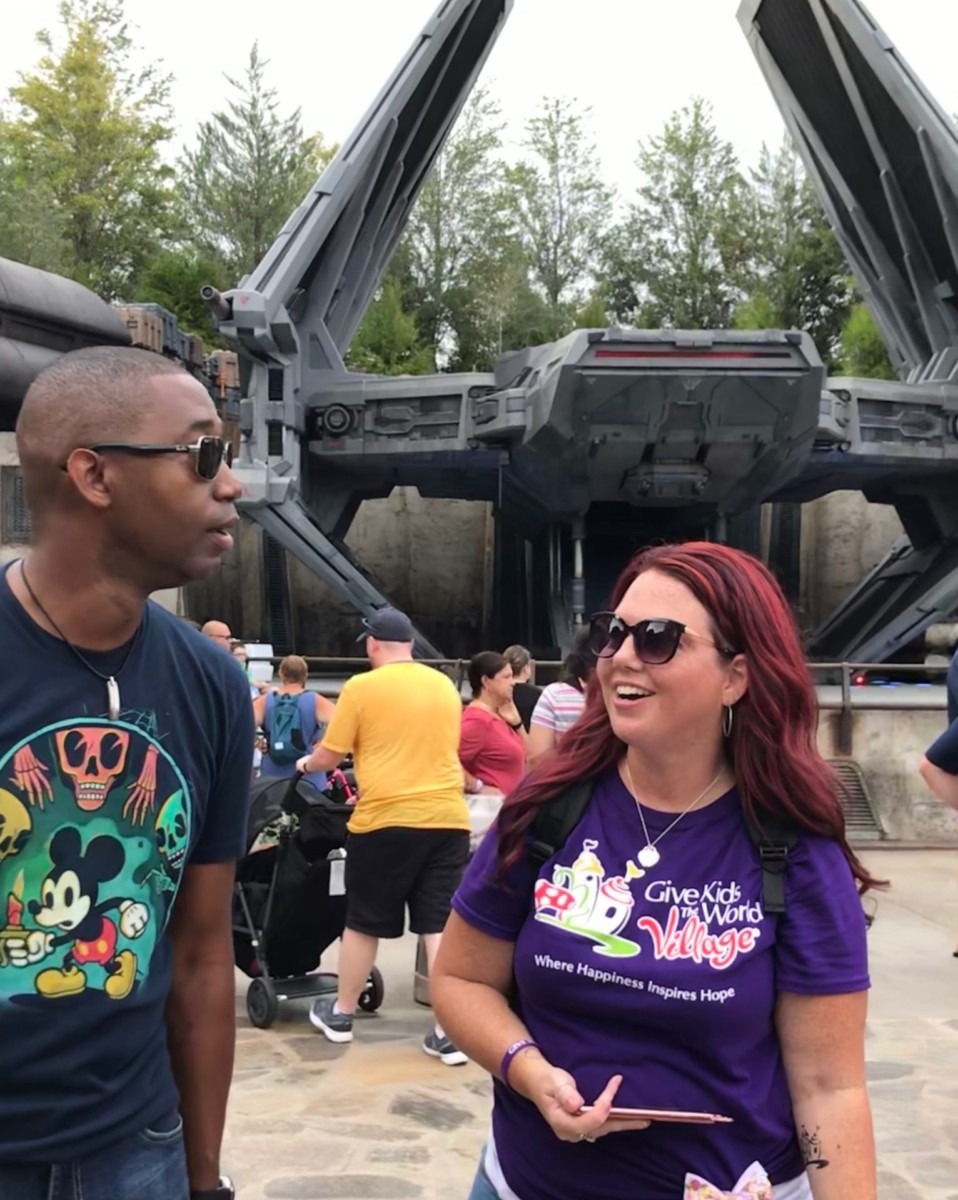 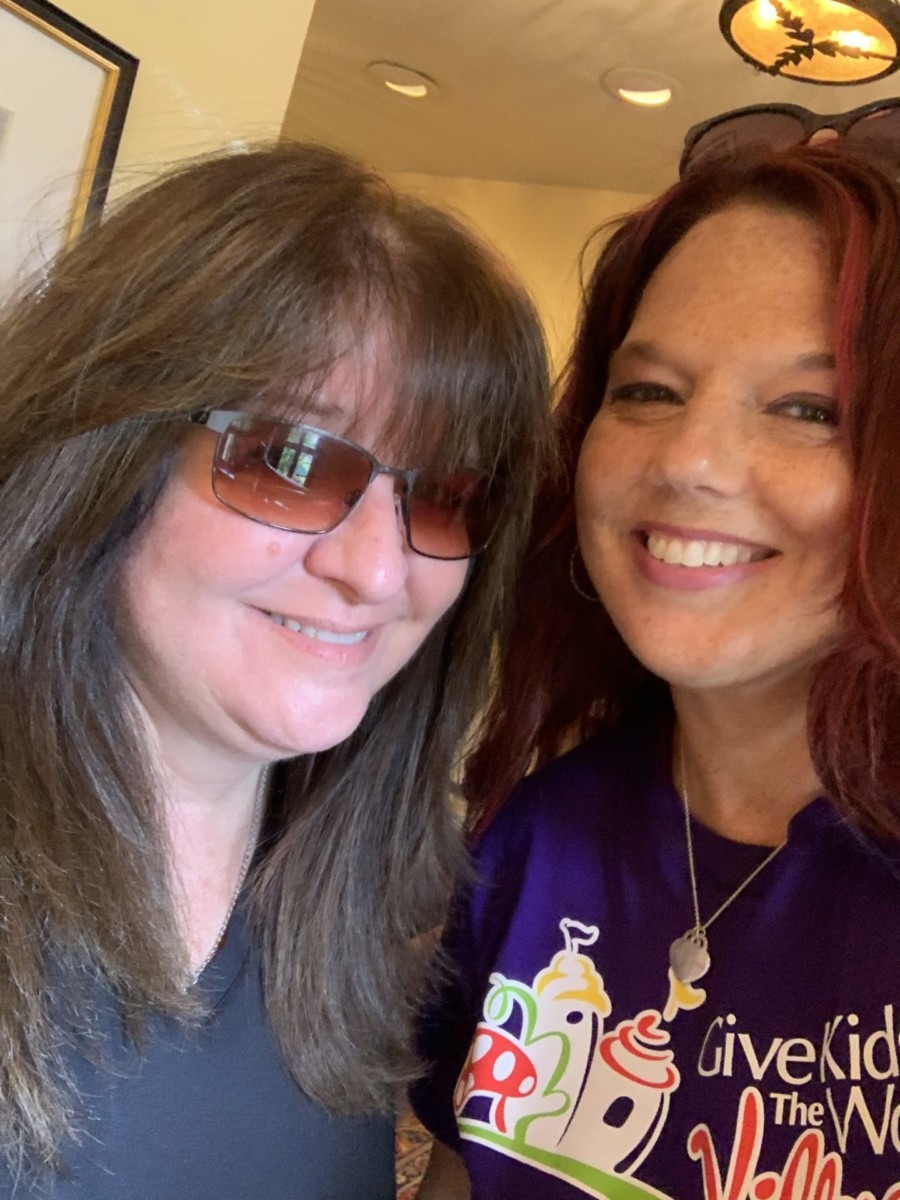 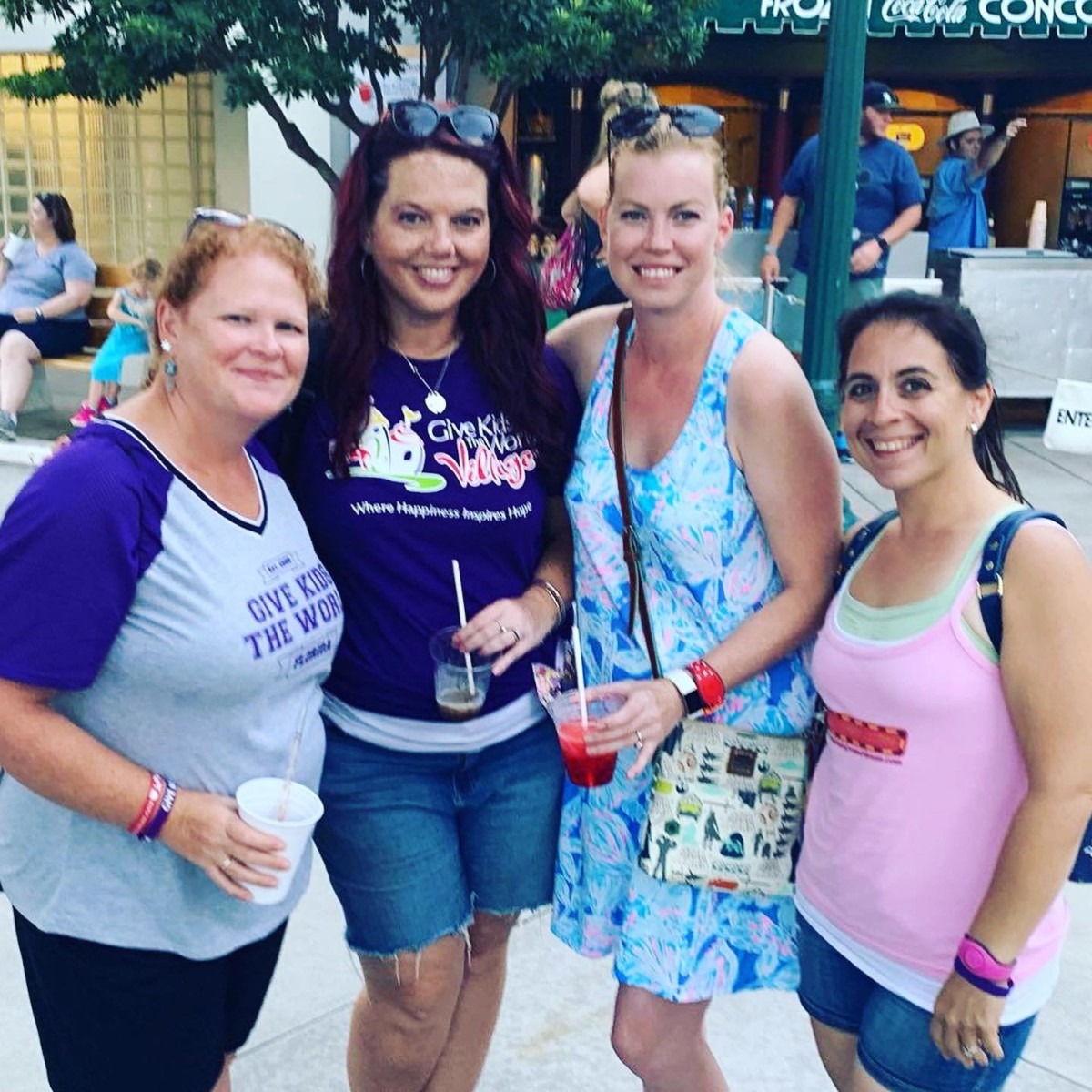 Monday was the last night for Illuminations at Epcot. We had a dessert party to attend with Beci so we knew that we’d have a great view of the final show. The weather didn’t cooperate however. We had the best spot to do TMSM Weekly Live on location from Epcot, and the wind and rain made for a really fast show. My friend John and I did our best to hang in there, but the weather in Florida is so unpredictable, we almost got blown over on the bridge in Italy. It poured. The funny part though? Our viewers got a kick out of our dedication and sticking with the show for as long as possible, they were sending me screenshots of John and I looking like outtakes from the weather channel. Sometimes you just have to laugh at yourself. When it was time for Illuminations to begin, it started raining again. I pulled my hair back in a bun and did a live stream as best as I could for our Facebook page. The signal was in and out because of so many people on the wifi, but I tried. 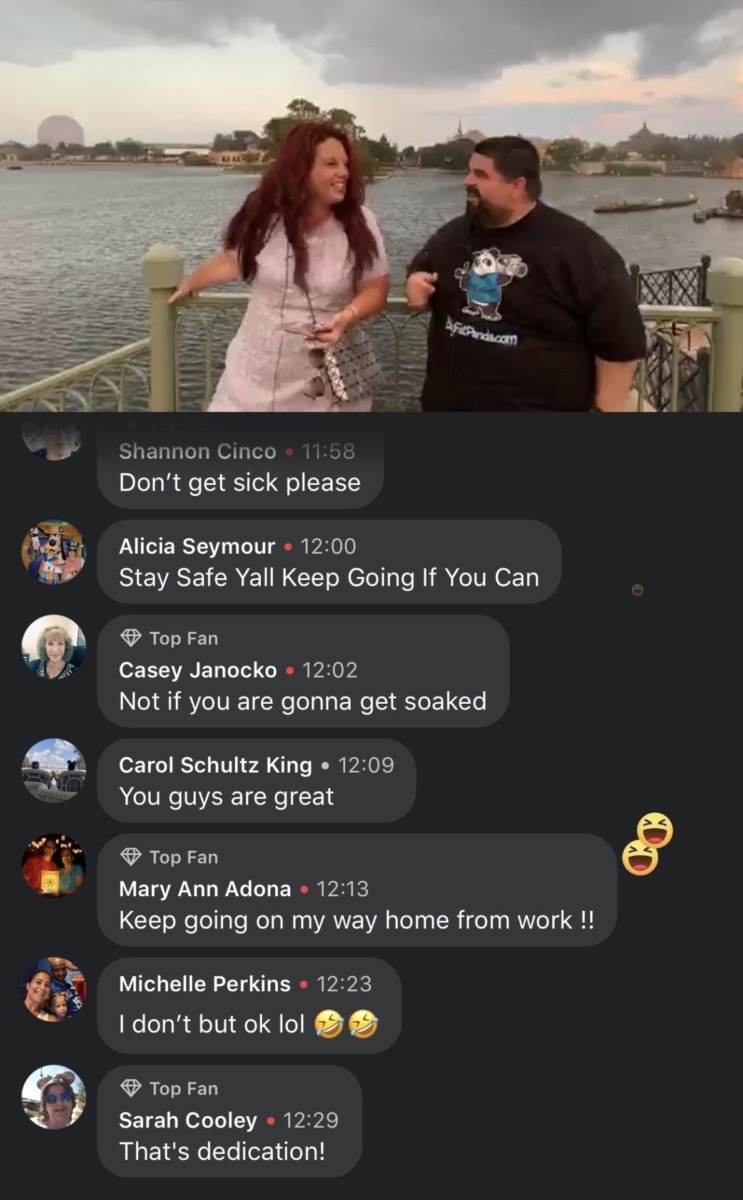 Illuminations: Reflections of Earth had a great 20 year run. It had heart. It had memories attached it to so many, including myself. I wrote an article on Monday as to why Illuminations tugged at my heart. When you raise your kids to be Disney kids, you get fond memories of bringing them to the parks, seeing certain shows, etc. Illuminations was Andrew’s first Disney fireworks show, so that’s something I’ll always treasure. I know some were ready for this show to be over, and I can agree that things need to evolve, but there are things that I’ll miss for sure. “We Go On” started playing for the last time around World Showcase, and it hurt my heart just a pinch. But it’s fitting, you know? We do go on, with everything in life, even when Disney is concerned. Always evolving, just like Walt wanted it. Speaking of evolving, the following night was the kick off of the new temporary show, “Epcot Forever.” Also beginning was the new preview presentation “The Epcot Experience” over in the Odyssey Pavilion. The Epcot Experience blew me away. To see all the amazing things coming to Epcot was awesome. I’m most excited about the new Guardians of the Galaxy coaster and the Mary Poppins attraction coming to the UK Pavilion. You can see it for yourself the next time you go to Epcot too. Also, Epcot Forever is running in place of Illumination. The best part about the new show? They have kites. Yes, kites… magical ones if you will. I have videos of the new shows on our Facebook page, you have to check it all out for yourselves! 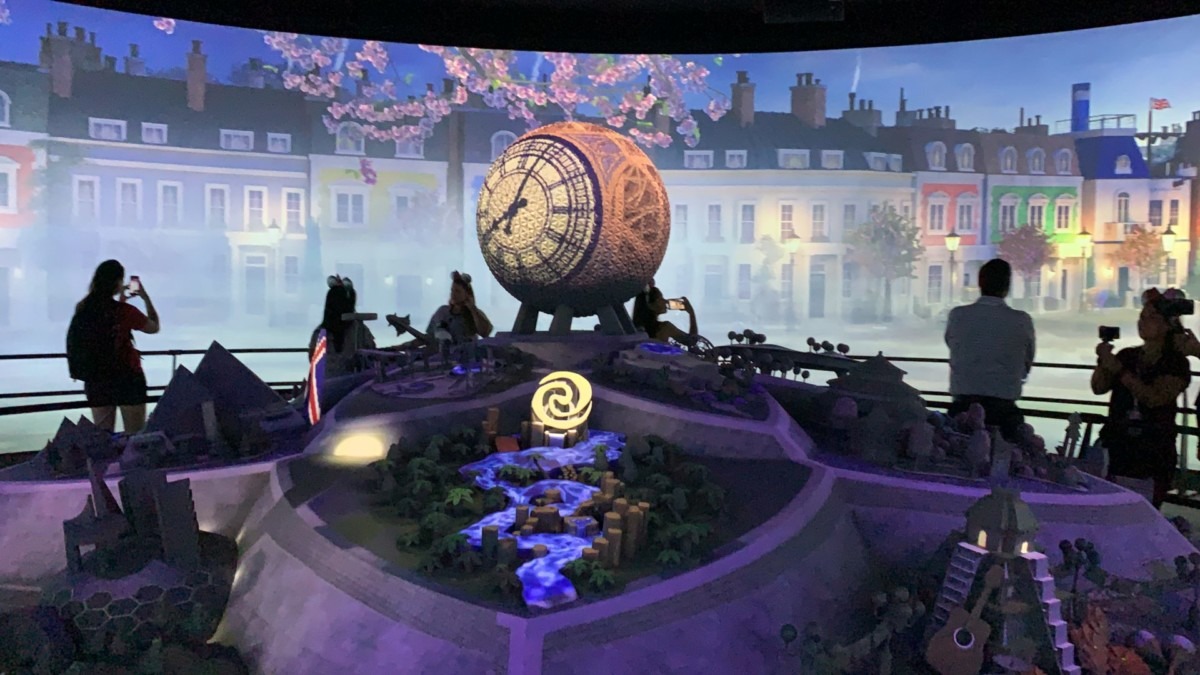 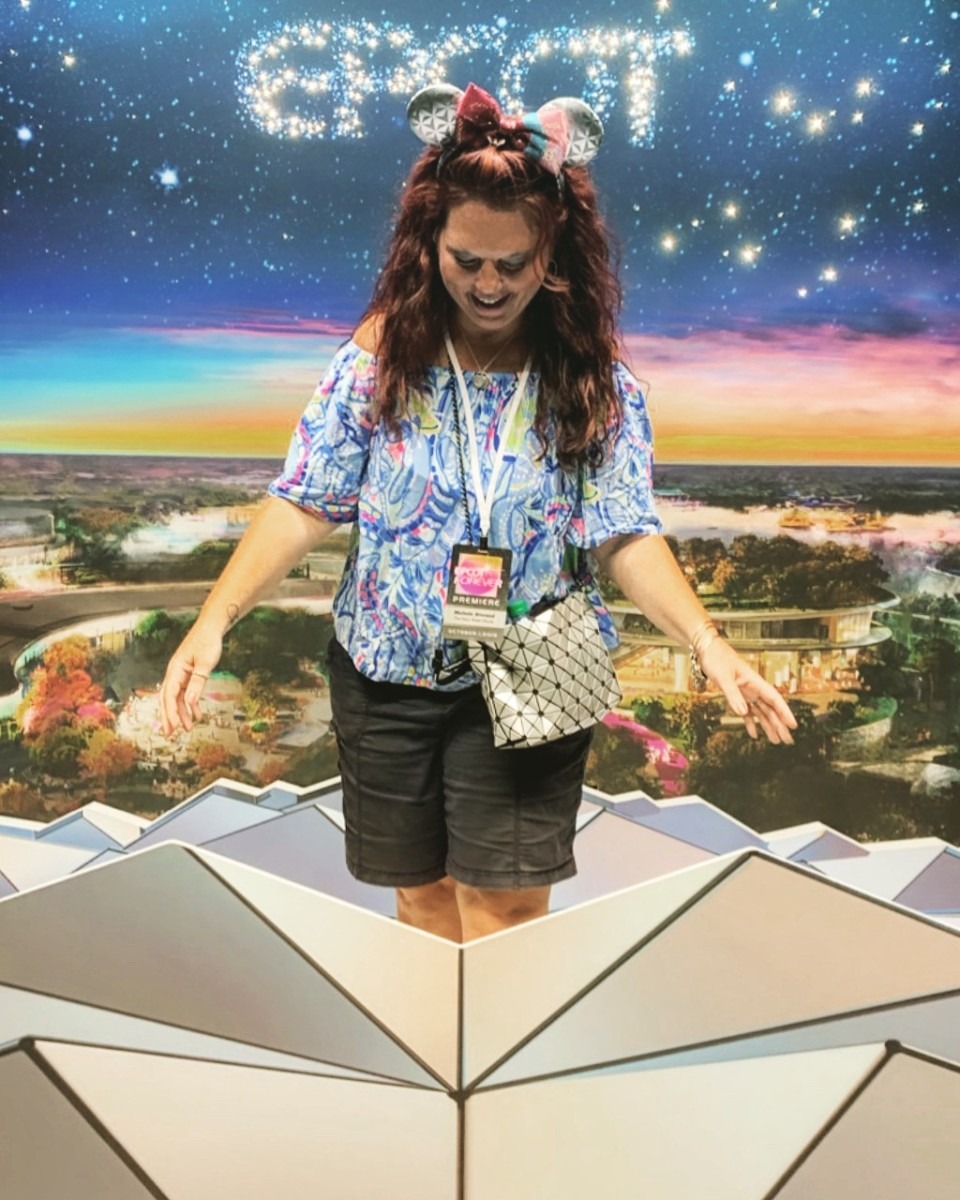 This morning I had to get up early to go to the radio station, like usual. I knew we were going to talk about Epcot so I thankfully didn’t have to prepare too much for the segment. I was talking to my “radio boss” Joe last night at Epcot, and I thanked him for pushing me out of my comfort zone with this radio gig. It’s something that scared me to death to do, but I’m glad I’ve stuck with it. It’s easier now, still a little stressful at times, but easier. I’m telling you guys, if something scares you, give it a try anyway. You don’t know what you can do unless you give it a go, and knowing is better than wondering “what if” and I can truly attest to that. Speaking of new things, on October 13th we are having our very first TMSM Live on Location at Old Town in Kissimmee. Scott is going to MC the live show with me, John, and Cindy Simmons. We are so excited to offer this to our readers/viewers and tickets are going fast. Less than 20 left! You can get yours on the event tab on our Facebook page! Also new…. this is exciting. A friend of mine in Salem MA collaborated with me to do a walking tour of the Hocus Pocus movie locations. I love that movie, and the video turned out to be a lot of fun. I’ll post that below too! That’s it for this week, be sure to check out the clips below to catch up on everything. Thank you as always for following along with us, we truly appreciate it. Until next time, sending you love, blessings and pixie dust. See ya real soon! ~M 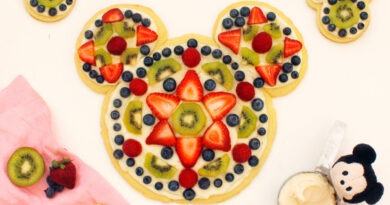 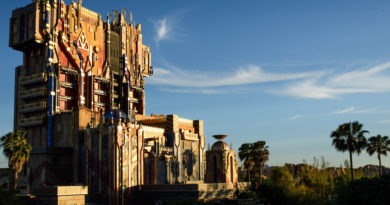 A Wacky, Zany and Wild Time at Goofy’s Mystery Tour