Ramon Reed and Kaylin Hayman from “Just Roll with It” alongside Coco Christo and Callan Farris from “Gabby Duran and the Unsittables” spent this past week enjoying all that the Walt Disney World Resort had to offer!

Ramon and Kaylin started the week experiencing the all-new NBA Experience at Disney Springs. There, they competed in countless activities such as Dunk, Shoot, and Slingshot as the competition was fierce.

Ramon and Kaylin then met up with Callan and Coco at Disney’s Animal Kingdom where they spent the afternoon cooling off at Kali River Rapids.

Coco and Callan then headed over to Pandora – The World of Avatar where they experienced a land beyond belief at the Valley of Mo’ara.

Don’t forget to check out “Just Roll With It: You Decide Live!,” the show’s first live, interactive telecast on Friday, Oct. 4th (9:00 p.m. EDT/6:00 p.m. PDT) on Disney Channel. During the Halloween-themed special—the first of its kind for the channel—viewers nationwide can join the studio audience in the fun of determining plot twists in real-time through the DisneyNOW app.

And then, don’t miss the series premiere of “Gabby Duran & The Unsittables” on Friday, Oct. 11th (9:00 p.m. EDT/6:00 p.m. PDT) on Disney Channel. The series focuses on Gabby Duran, who constantly feels like she’s living in the shadows of her uber-polished, successful mother and whip-smart younger sister. She finally finds her moment to shine when she inadvertently lands an out-of-this-world job to babysit an unruly group of very important extraterrestrial children who are hiding out on Earth with their families, disguised as everyday kids. Fearless and unapologetically bold, Gabby steps up to the challenge to protect these youngsters and their secret identities, and prove she’s the best babysitter in the galaxy. 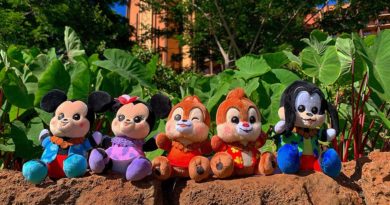 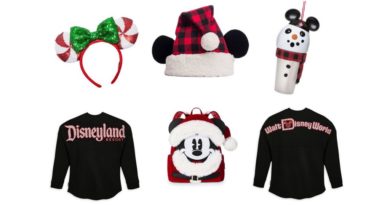