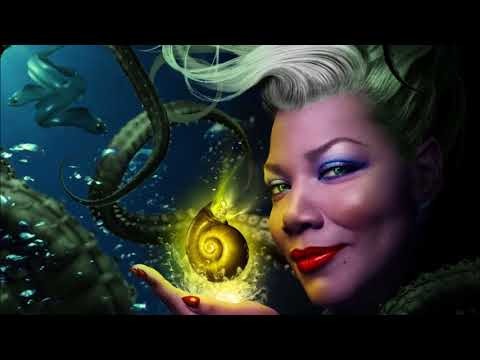 The water’s looking fine, so head under the sea to get a glimpse of The Little Mermaid Live! cast in costume in a new video from ABC.
In the 30-second video from the upcoming TV special, Auli’i Cravalho rocks red tresses as Ariel, while Queen Latifah looks fittingly intimidating as Ursula the Sea Witch. We also get a look at Shaggy as Sebastian the Crab, John Stamos as Chef Louis, and, of course, Graham Phillips as Prince Eric. While Disney still hasn’t revealed who will star as the handsome prince in its live-action film, Phillips should embody the role well given his TV, film, and stage background.
The project hails from The Wonderful World of Disney and ABC and will feature live musical performances from the cast, interwoven into a broadcast of the original feature film. Dubbed a “never-before-seen hybrid format,” the show will “feature beautifully intricate sets and costumes, with music from the original.”

#DisneyMagicMoments: Cooking Up the Magic — A Sweet Holiday Recipe for Peppermint Marshmallow Wands from Marceline’s Confectionery