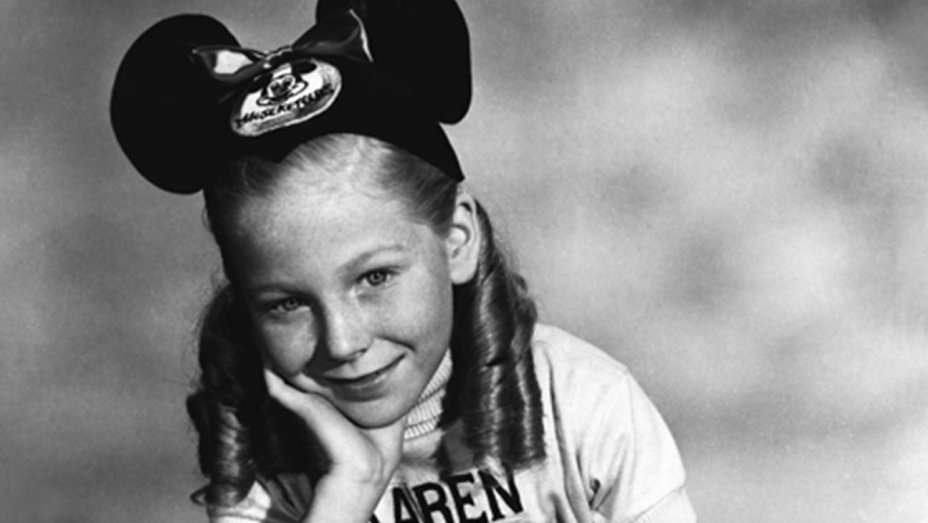 From the Hollywood Reporter-

She was one of only nine kids who appeared on ‘The Mickey Mouse Club’ during its entire original run.

Karen Pendleton, one of the original Mouseketeers on The Mickey Mouse Club, died from a heart attack on Sunday in Fresno, California, Disney historian and author Lorraine Santoli announced. She was 73.

Among the youngest of the kids on the show, Pendleton was known for her shoulder-length blond curls and for being paired with fellow Mouseketeer Cubby O’Brien in the show’s sweet closing number, “Alma Mater” (“Now it’s time to say goodbye to all our company …”).

Pendleton worked on the Disney series throughout its four-year run (1955-59) on ABC, then entertained generations of children around the world for decades after it played in syndication. She was one of only nine kids that appeared on the program during its entire original airing.

Born on Aug. 1, 1946, in Glendale, California, Pendleton was recruited to audition for The Mickey Mouse Club when producers approached dancing schools in the Los Angeles area seeking kids to try out for a spot on the show.

After The Mickey Mouse Club, Pendleton left show business, finished high school, got married, had a daughter in 1973 and divorced in 1981. In 1983, she was involved in an automobile accident that paralyzed her from the waist down. She needed a wheelchair for the rest of her life but returned to school to earn bachelor’s and master’s degrees.

Pendleton also went on to work at a shelter for battered women and became an advocate for those with disabilities as a board member for the California Association of the Physically Handicapped.

She also co-starred in many Mickey Mouse Club reunion shows and parades at Disneyland and at fan shows and conventions.

“My mom loved her Mouseketeer family,” her daughter, Staci, said in a statement. “Getting together with [her co-stars] was always a high point. It gave her the opportunity to relive great memories and to meet so many Mickey Mouse Club fans that watched the show as kids and loved her. Many told her that they named their daughters Karen in her honor.”

Our hearts and prayers go out to her family and family.