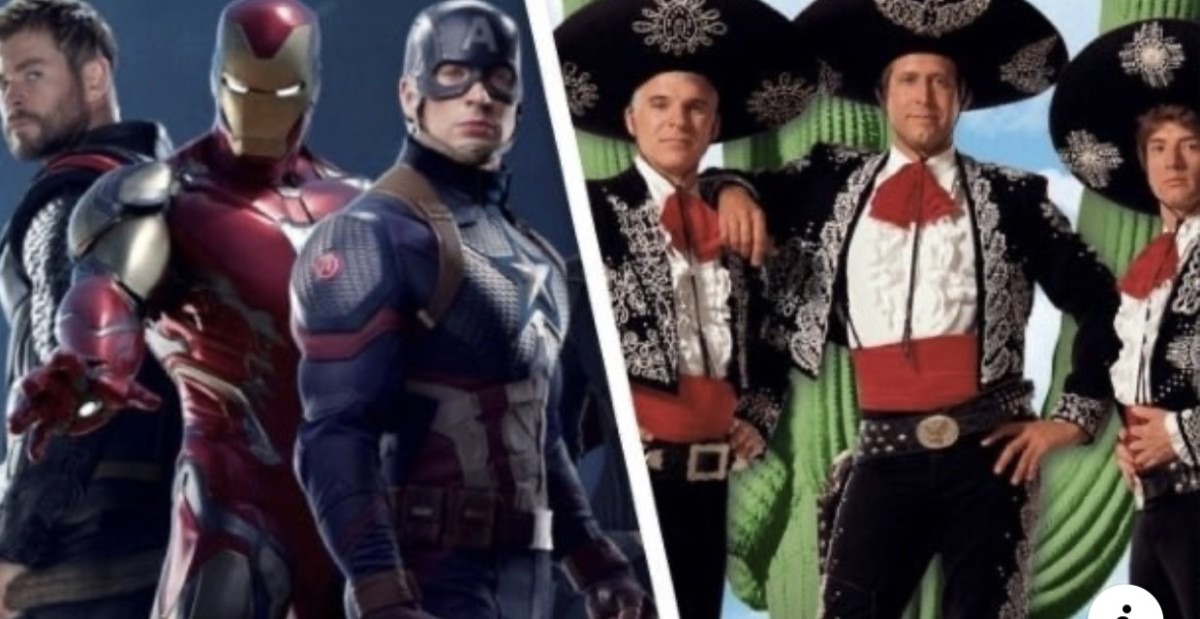 Is he kidding? Is he not? Here’s the scoop from comicbook.com!

Avengers: Endgame ushered in a new era for the Marvel Cinematic Universe in a pretty bittersweet way, namely through wrapping up the stories of Steve Rogers/Captain America (Chris Evans) and Tony Stark/Iron Man (Robert Downey Jr.). While the pair might not share the screen with any of their MCU costars anytime soon, Thor actor Chris Hemsworth sounds more than willing to collaborate on something in the future. During a recent appearance at ACE Comic Con Chicago, Hemsworth revealed if he would be willing to reunite with Evans and Downey on screen, and gave a pretty delightful suggestion as to what their next project could be.

“Absolutely. I would love to.” Hemsworth revealed. “That was so sad about kind of finishing Endgame, was just ‘Were we ever going to get to hang out again?’ And I immediately started thinking ‘What else could we do?’ And I’d love to. We could remake the Three Amigos! or something.”

For the uninitiated, Three Amigos! was a 1986 western comedy film, which united the trio of Steve Martin, Chevy Chase, and Martin Short. The film followed the trio as silent film stars, who are accidentally roped into a conflict in a small Mexican village when they are mistaken for real heroes. While some of the zany comedy’s elements might not exactly hold up today, the film has remained a sort of cult classic in the decades since its debut.

Hemsworth isn’t the only one who wants to reunite with his Avengers costars for some sort of comedy, as Evans previously suggested that he and his fellow Chris star in an ’80s-style buddy comedy together.

“We had too much fun together, and truly like kids in school, we were separated because we couldn’t get shit done,” Evans said of Hemsworth earlier this year. “I would love to do one of those ’80s buddy comedies, where we could shed the characters we are known for.”

Would you want to see Chris Evans, Chris Hemsworth, and Robert Downey Jr. reboot the Three Amigos!? Share your thoughts with us in the comments below!

Thank you comicbook.com for the info!