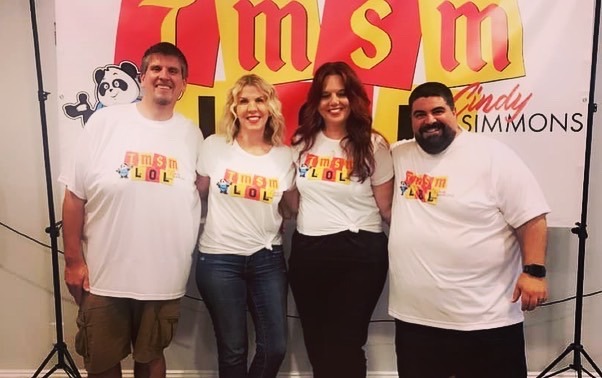 Hey Main Streeters, it’s been awhile since we checked in. Last week I missed our Florida Living update but I’m back with the scoop and a bit of inspiration for you. Let’s get to it!

The past couple of weeks have really been about personal growth and trying to prioritize things in my life. I think sometimes we get stuck in a rut, and even when it’s hard we have to move forward and shake things up. If you read my first book then you understand how this isn’t always easy for me. I was just talking to a friend today about how when we first moved to Florida, I was afraid of basically everything and filled with self-doubt. It was not fun. But I also learned that being tough is something that you can work on and get yourself to try new things and have a little faith in your abilities. So last weekend we did just that and tried something new.
Let’s talk about TMSM Live on Location! 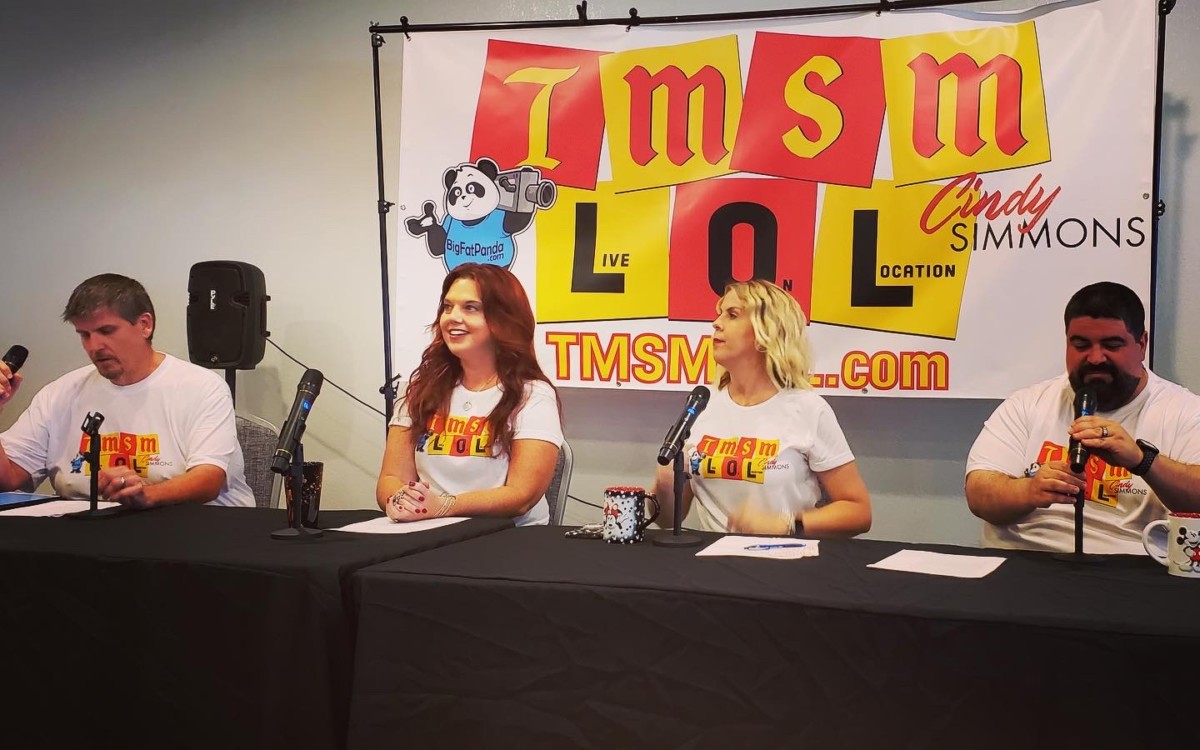 About two months ago Scott and I had the idea of doing a live show in front of an audience. We had gotten feedback from people who watch our Facebook show every week wishing they could be there to join in on the fun. That’s where TMSM Live On Location came from. This is something that we have been planning for over a month and of course I was nervous to do this because it something we had never done before. My friend John and I work together with MEI/MouseFan Travel as both of our sponsors, so it made sense to include him. My friend Cindy has her weekly live show online as well so she also was a perfect fit. We figured we would give it a try and see what happens, because as I have said before, wondering what if or having regrets is much worse than trying something and having it not work out. I can honestly say on Sunday before the show I was not scared, I was just anxious about things turning out alright and people enjoying the show. Of course when something is new it’s not going to be perfect but you learn from it. Self doubt was creeping in a pinch… what if people don’t show up? What if our equipment fails? What if people are bored? You get the idea. Well… low and behold, people DID show up, they did enjoy the show and we already have people ready to come back again for November’s show. It was pretty humbling, the turn out we had. The support from these people meant everything, and the crew and I did a pretty good job. Thank God! Relief! Our next TMSM Live On Location will be on November 24th and there’s a link for tickets on our Facebook page! You should come if you’re in town, it’s a fun time! 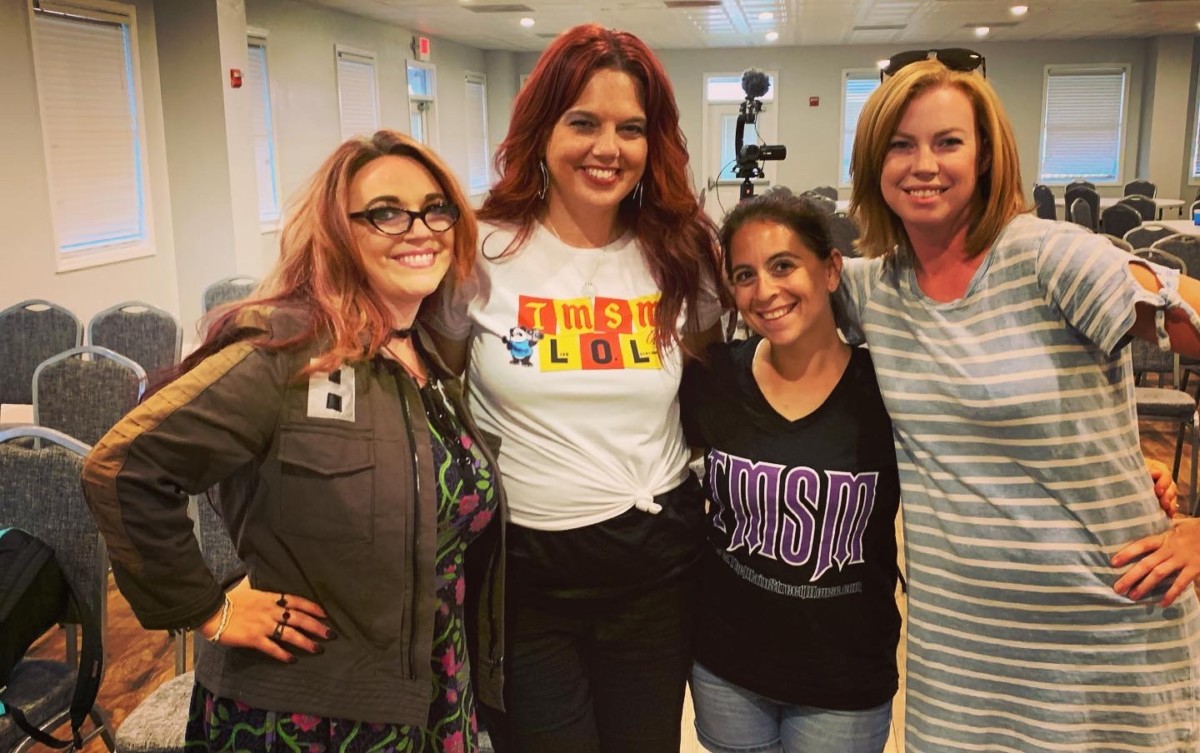 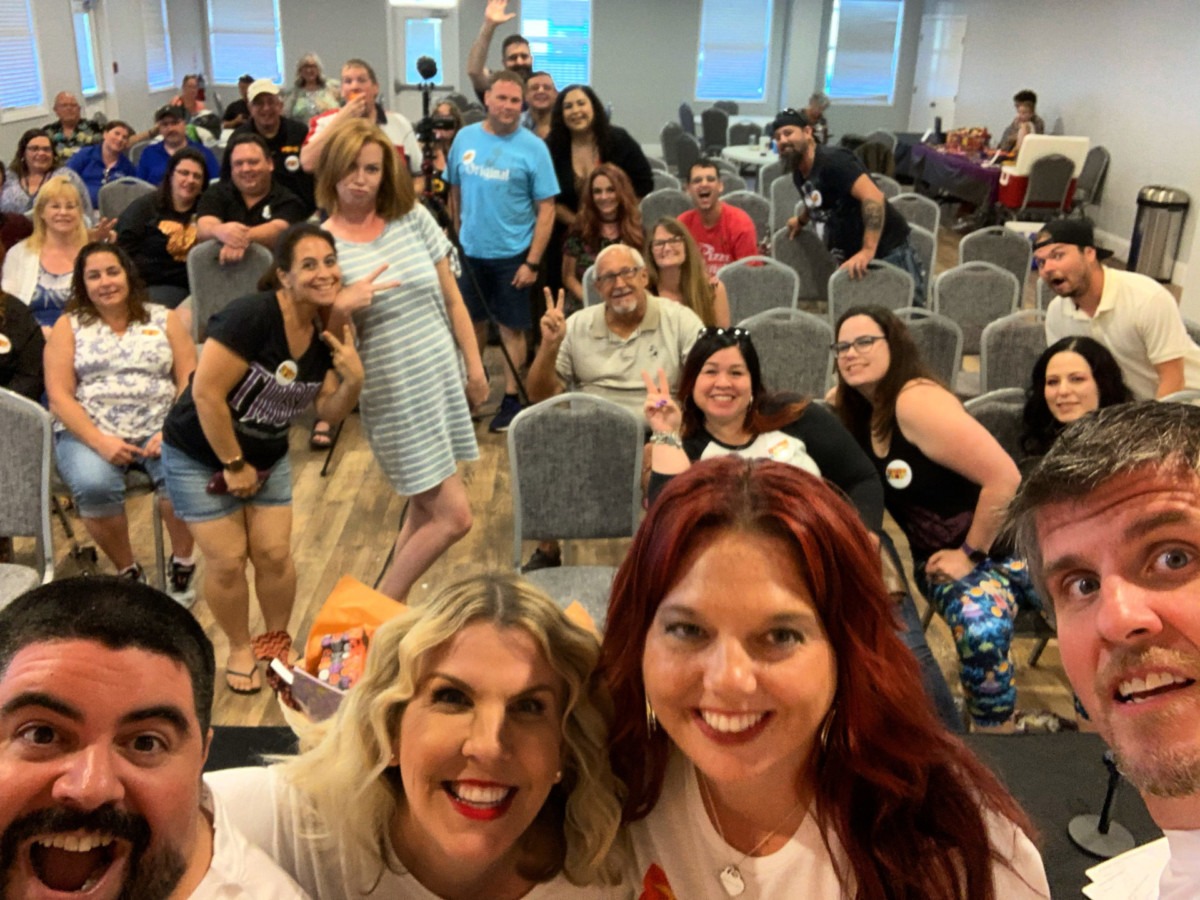 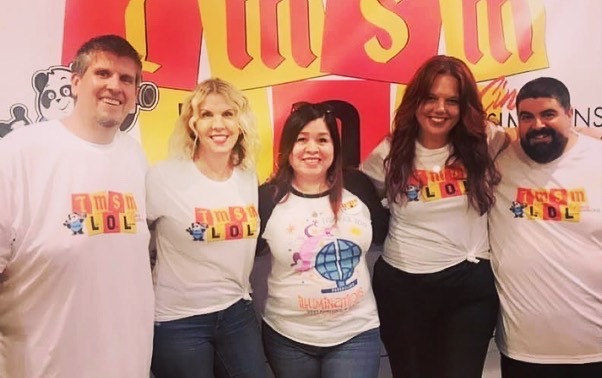 Last week was challenging for me personally, and I had some things to overcome. My funk had me procrastinating on my books and such, I wasn’t happy about it, just overwhelmed. Anxiety is a beast. Even though Sunday went great, I still needed a kick in the butt so to speak. Like, snap out of it girl! Then something amazing happened yesterday. I had lunch with a priest at Epcot… now follow me here for a minute. One of our followers was in town from New York, and a friend of mine asked that we take time to meet him. He runs a church up north and is a fan, I was feeling a little down but I couldn’t say no. Well… within five minutes of meeting Fr. Michael from the great state of NY, I was in tears. He explained that he read my book and thought it was inspiring enough that he had used excerpts from Moving to Main Street USA when speaking to his congregation. He told me a lot of things that I needed to hear, and truly it was a blessing. I had been procrastinating on my follow up book to Moving To Main Street USA because I was lacking in feeling like I have any inspiration to give. I’m not a perfect person, I’ve made plenty of mistakes that I’ve been working on, but that’s ok. Sharing stories and trying to spread that Disney Magic can be done from imperfection too. We are all human and struggle. Sometimes overthinking and self criticism can hurt us far more than we realize. So even though this delightful man was excited to meet me, he’s the one who gave me a much needed gift. Funny how that happens… even when you least expect it. I’m so grateful.

I barely slept last night, I had so much running through my head, but I had to get up super early to go to the radio station. That gig has become less scary and more fun. To me that’s a win. My radio boss Joe is quite a character and I used to be a bit intimidated. Now I don’t freak out before we go live, we just have fun with it. Finally! We talked about Annual Passholder magnets and how people will steal them off of your car. Yes I’m serious, I’ll post the link below. Always an interesting time. 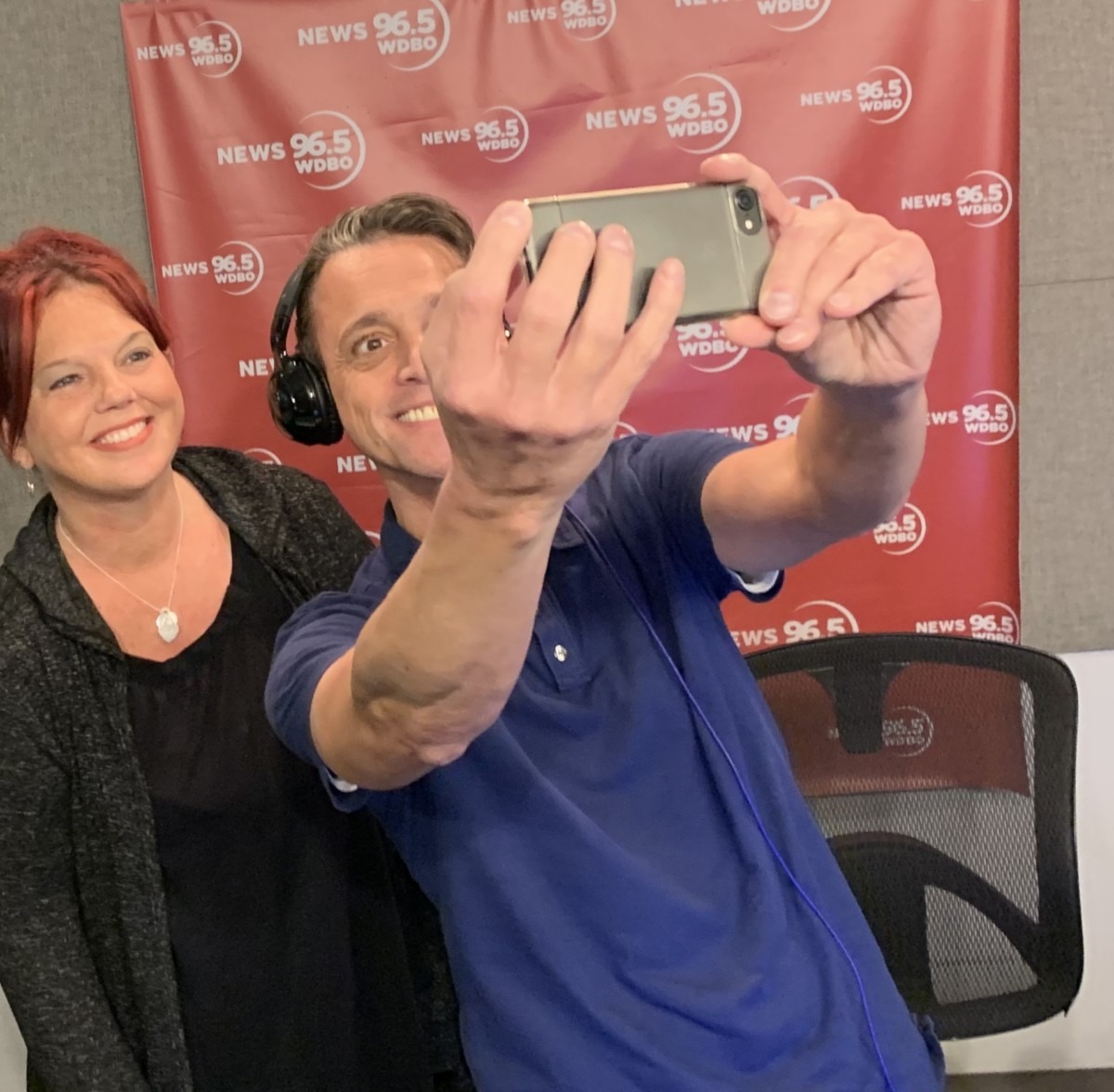 Know what else is a win? The rough draft of my second children’s book is done and today we worked on a cover. It’s Disney related of course, I can’t wait for you all to see it. From now until Christmas I have a ton on my plate but I’m going to do my best to take it all in stride. I needed the reminder that I can handle things even when it’s rough, so I’m sharing my thoughts with you tonight, as a way to encourage you as well. It would be nice if life was all Mickey Ice Cream Bars, Fireworks and Castles… wouldn’t it? It’s not, but I really do try to throw some Disney magic your way on a daily basis and I hope tonight’s blog at least made you smile and know that whatever you’re facing, you got this. You truly do. Faith, trust and pixie dust… right? Thank you all for following along with us, it’s appreciated. See ya real soon! -M