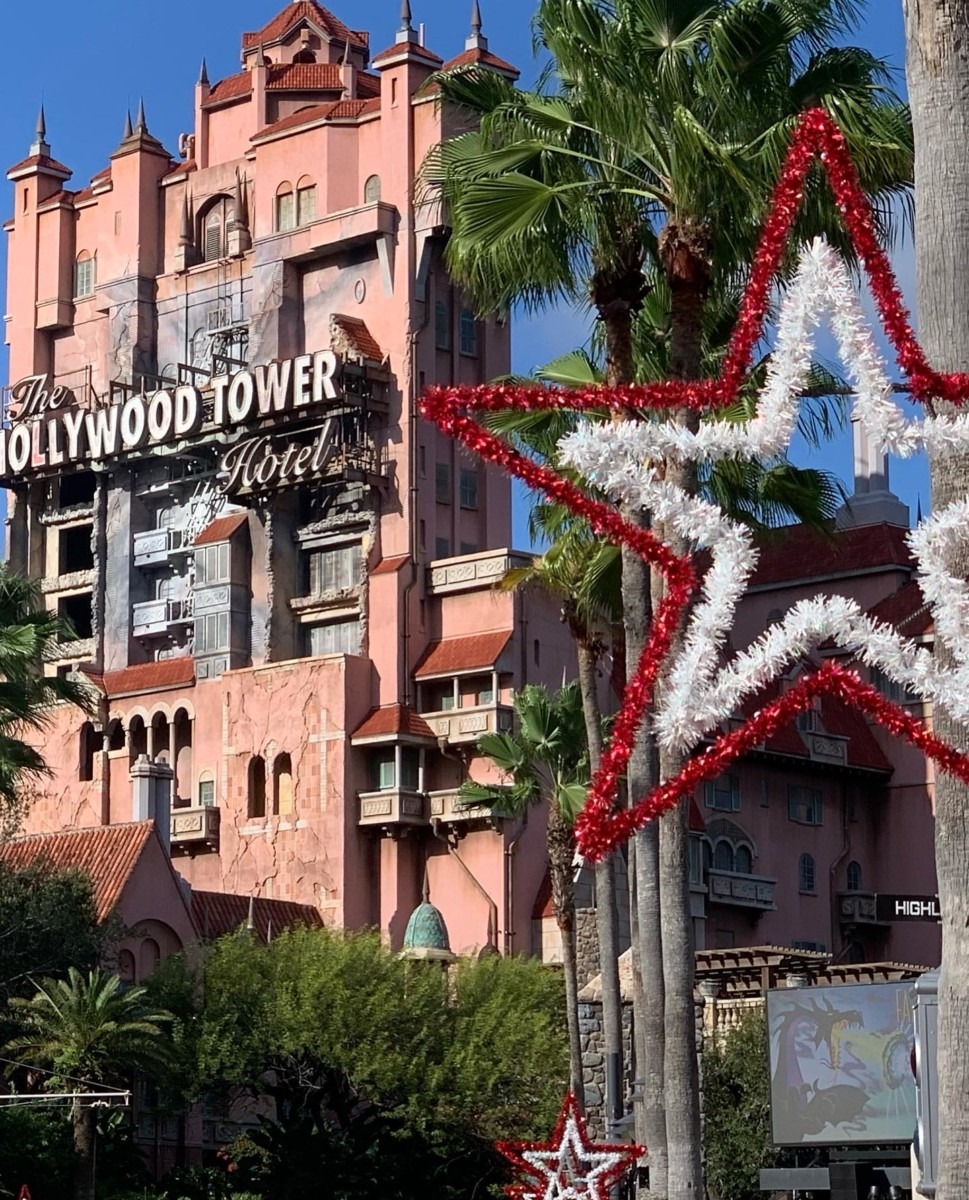 Halloween is still two weeks away, and of course you’ll still find ALL the Halloween merchandise and decor at Walt Disney World. Magic Kingdom is still adorned with Mickey Pumpkins and such up and down Main Street. Mickey’s Not So Scary Halloween Party sort of needs those still, right? It’s been Halloween here at Walt Disney World since the middle of August, which is way early for most of the world. Disney starts every holiday celebration as early as possible so that more guests can enjoy the festivities. Well, yesterday at Hollywood Studios, I saw little glimpses of Christmas already, and I’m pretty excited for that. 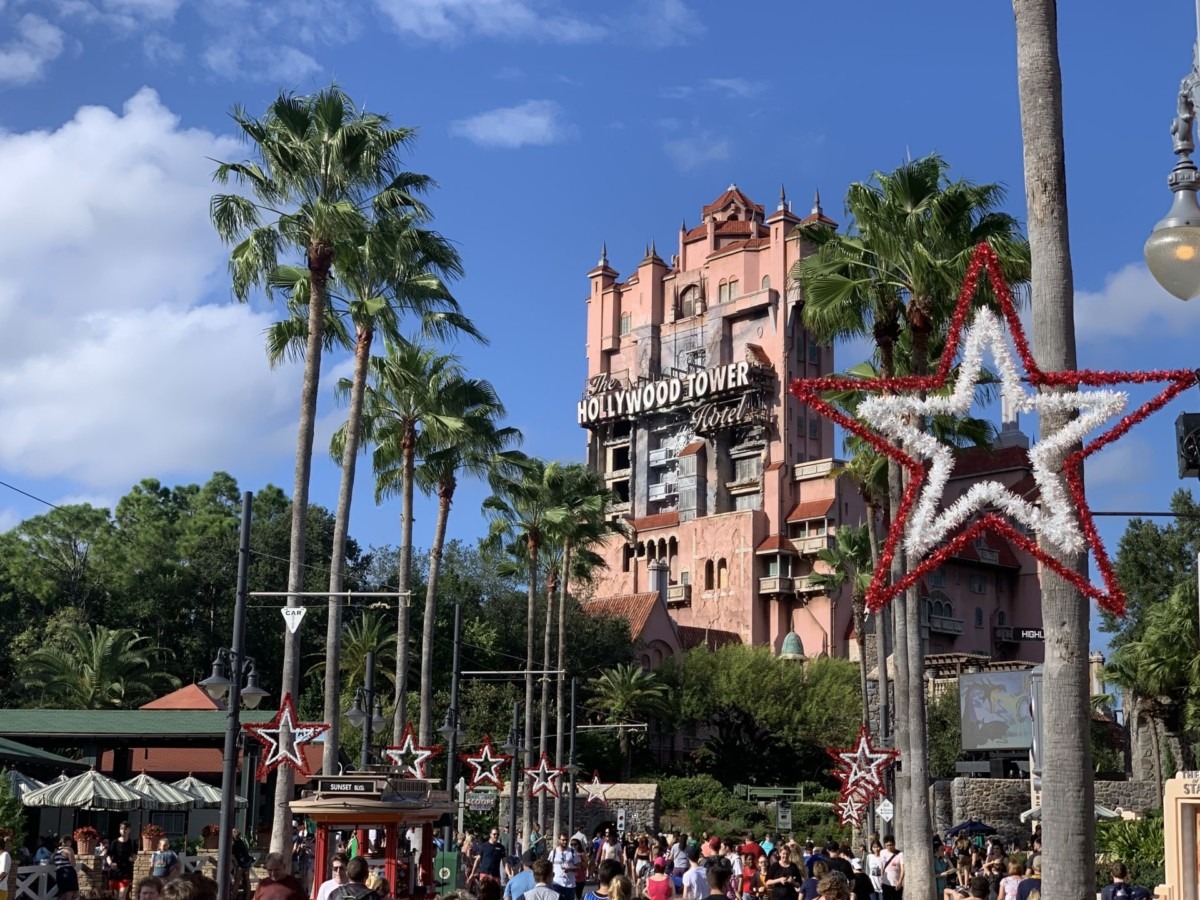 All up and down Sunset Blvd. towards the Tower of Terror, you’ll find decorative stars on all the light posts! It looks so festive already. When I saw the Christmas decor already starting I was a bit too happy, my family may or may not have laughed at me. I’m so one of those people who decorate early for Christmas, so I’m already getting myself into the Christmas spirit. 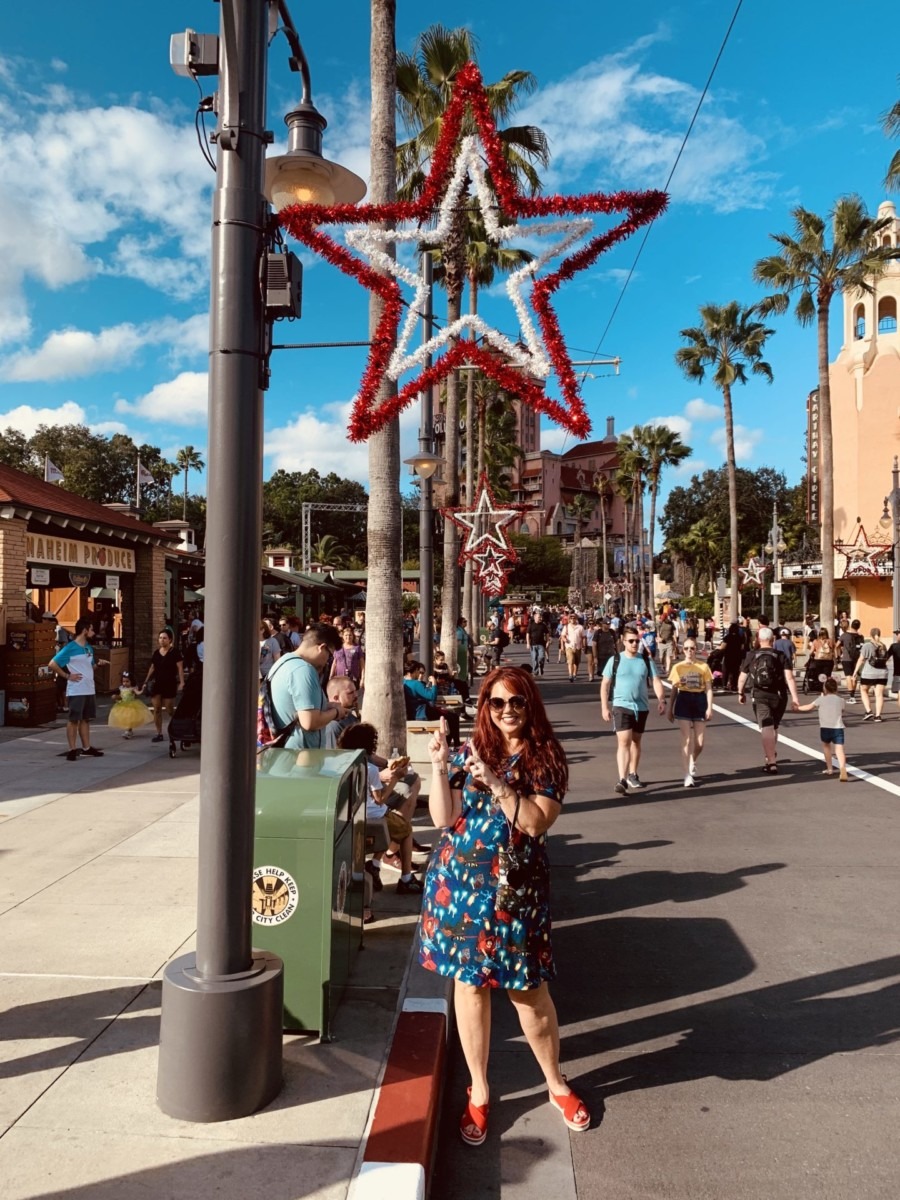 Just as a holiday reminder…. Disney’s Hollywood Studios celebrates Christmas with Sunset Seasons Greetings along this street. You will find various holiday images shown high up on the Tower of Terror, including lasers and “snow” (aka laser snow to Main Streeters). It’s a winter wonderland, even in Florida. You’ll also be able to see the projection show “Jingle Bell, Jingle BAM” over at the Chinese Theater. Also with music, lasers and “snow” of course. Disney added all of this extra holiday magic the year after the Osborne Family Spectacle of Dancing Lights retired. Sigh, we all miss the Osborne Lights. With the additions of Galaxy’s Edge and Toy Story Land, the beloved lights had to go. However… the newer Christmas festivities are pretty great too. The Christmas parties start on November 8th at Magic Kingdom, so I assume the Studios will start their shows around the same time as well.