It will give Disney+ millions of subscribers right when it launches, which will help it gain traction as it competes with Netflix, Amazon, HBO and Apple.

Verizon on Tuesday announced that it will offer its customers a year of Disney+ for free.
The deal will be available to new and existing Verizon wireless unlimited customers, new Fios home internet and 5G home internet customers, the company said. People who already pre-ordered the Disney+ service are still eligible. The “purchase will be put on pause and resume after the Verizon promo period,” a Verizon spokesperson told CNBC.
The offer will land Disney+ millions of early subscribers who may continue to subscribe after the first year, which is important since it will enter a crowded streaming market that includes Netflix, Amazon Prime Video, Apple TV+ and HBO Max.

Netflix shares fell on Verizon’s announcement. They were down 3.7% in late-morning trading Tuesday.

Disney+ will launch on Nov. 12 for $6.99 a month and includes new and existing TV shows and movies from Disney, Marvel, Pixar, Star Wars and more. The service will be available across multiple platforms, including iPhone, Android, Roku, Xbox and PS4, and will allow customers to download videos for watching offline.

Disney’s deal with Verizon is similar to Apple’s offer for its streaming service Apple TV+, which also launches early next month. Apple will give a year of Apple TV+ for free to customers who buy a new Apple product including an iPhone, iPad or Mac.

AT&T’s WarnerMedia is expected to reveal pricing and launch details for its HBO Max service next week.

Verizon said customers will be able to activate and watch Disney+ on any platform. Customers can sign up on Verizon’s Disney+ page.

*thank you to CNBC for the info! 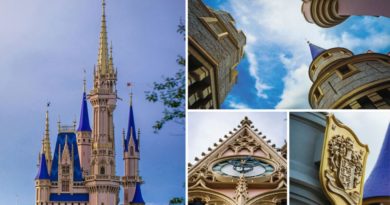