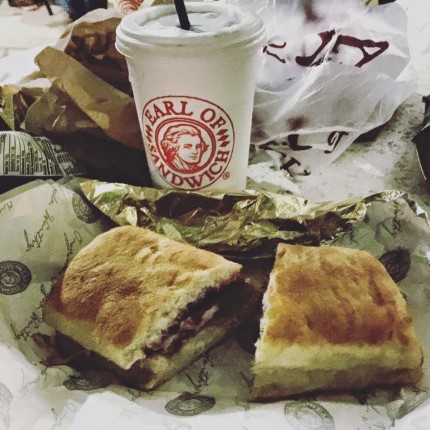 Orlando, FL – Earl of Sandwich announced it has been recognized as the winner for Fast Casual in the 2019 TripAdvisor Travelers’ Choice® Awards for Restaurants, ranking first out of the top 10. Based on a full year of TripAdvisor reviews, award-winning restaurants are considered the best-in-class by diners across the globe.

“We are delighted and honored to have been voted the number 1 top Fast Casual restaurant by TripAdvisor travelers,” said Robert Earl, co-founder of Earl of Sandwich. “On behalf of my partner, John Montagu, the 11th Earl of Sandwich and myself, I want to thank TripAdvisor travelers for recognizing our commitment to excellence. I also want to thank our amazing EoS team for their hard work and dedication.”

“Congratulations to all of the restaurants throughout the world that have been recognized this year. These Travelers’ Choice Awards highlight eateries of all types known for impeccable quality and service,” said Bertrand Jelensperger, senior vice president for TripAdvisor Restaurants. “Winners should be proud of their award, as it is a true testament to the positive experience they have served to diners.”

About Earl of Sandwich:

Honored as the #1 choice of the top 10 U.S.-based Fast Casual Restaurants in the 2019 TripAdvisor Travelers’ Choice® awards for Restaurants, Earl of SandwichÒ Invented the SandwichÒ over 250 years ago. In 1762, John Montagu, the 4th Earl of Sandwich, came up with the ingenious idea of putting meat between two slices of bread. Now, more than 250 years later, the current 11th Earl and the rest of the Sandwich family remain passionate about the world’s most popular quick food that carries their name. Joining forces with entrepreneur Robert Earl, the first Earl of SandwichÒ restaurant opened in Orlando, FL at Disney Springs in 2004. Currently, there are Earl of Sandwich restaurants in cities across the United States from New York to Anaheim, CA as well as in Paris and Manila. The extensive menu at Earl of Sandwich® pays tribute to the art of sandwiches with fresh-baked artisan bread and the finest ingredients for its hot sandwiches, hand-tossed salads, wraps, pizza breads and freshly baked desserts. For more information on locations please visit www.earlofsandwichusa.com Follow us on Twitter and Instagram @earlofsandwich and find us on Facebook at Earl of Sandwich.