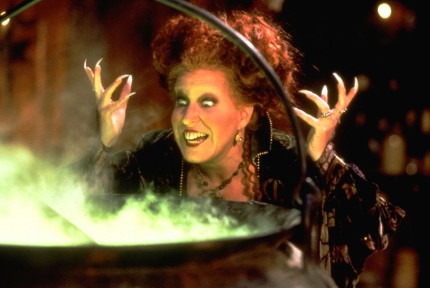 Yesterday we announced that another Hocus Pocus movie was in the early stages of being planned for the Disney+ streaming service. Fans from everywhere were pretty excited. Now the main Sanderson Sister herself is weighing in on the subject. Oh yes, Bette Midler who played Winifred Sanderson! Here’s what she had to say courtesy of People Magazine. 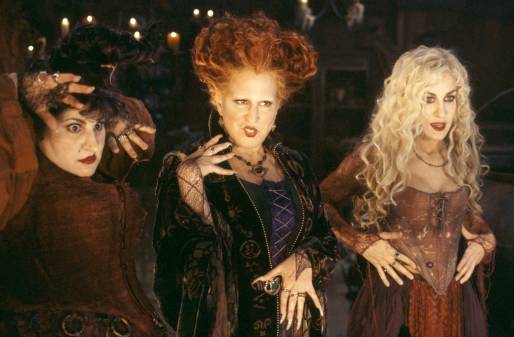 Sorry Hocus Pocus fans, but don’t expect to see a Bette Midler cameo in the upcoming Disney Channel remake.
The actress expressed her doubts over the beloved Halloween family movie reboot, telling PEOPLE she expects the TV movie to be “cheap.”

And when it comes to Midler’s original character of lead witch Winifred Sanderson, the actress said it’ll be tough to recast the role.

The new movie – being written by Scarlett Lacey – is still in development, with original producer David Kirschner signed on.

Kenny Ortega, who directed the 1993 cult favorite, will not be involved with the new project – and neither will its original Sanderson sisters: Midler, Kathy Najimy and Sarah Jessica Parker.

And while members of the original cast have previously expressed interest in taking part of the reboot, Midler officially squashed any hope of a surprise appearance.

When asked if she would return for the right dollar amount, she quickly replied: “No, no, no!”

The Divine Miss M can currently be seen on Broadway in Hello, Dolly!.