This week, we were excited to share an update that on December 20 – the same day the film Star Wars: The Rise of Skywalker launches, Star Tours – The Adventures Continue will be adding new destinations inspired by the latest episode of the Star Wars saga.

In his original post, Tom Fitzgerald shared that in the trailers for Star Wars: The Rise of Skywalker, you caught glimpses of the ocean moon Kef Bir. He said that Starspeeders will be heading there soon! Check out our “Star Tours – The Adventures Continue” post for more details.

Also, along with our other Halloween stories, we shared a look at frightful eats at our three Disney Food Trucks at Disney Springs. You’ll spot all three trucks at Disney Springs West Side located right across from Disney’s Candy Cauldron and check the website for operating times as they change daily.

You can see more in Kelsey’s original “Frightful Foodie Finds for Halloween at Disney Springs” post. 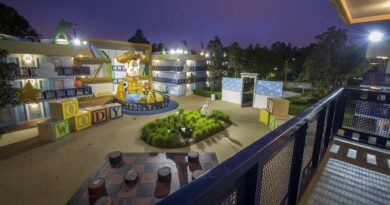