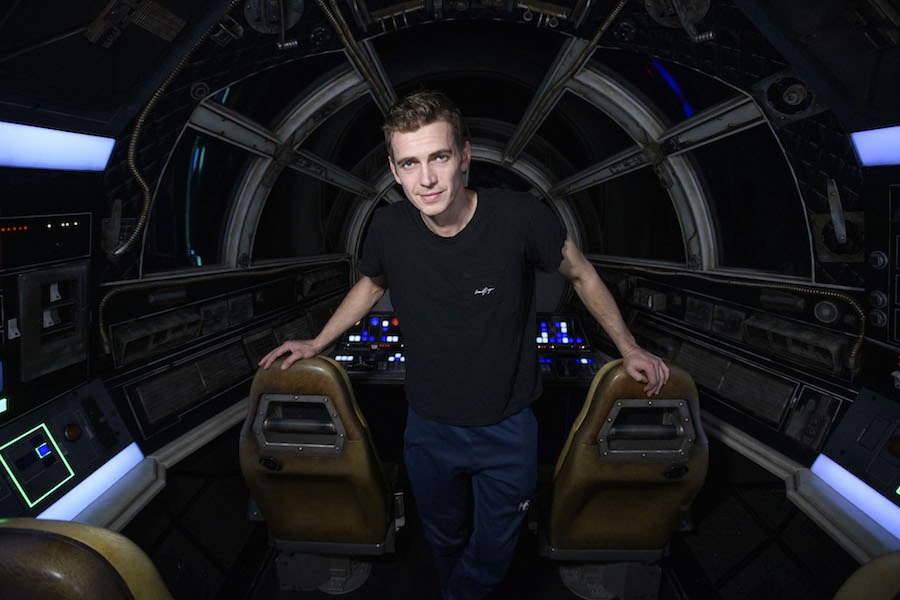 Yesterday, we caught up with actor Hayden Christensen in Star Wars: Galaxy’s Edge at Disneyland park as he explored planet Batuu for the first time!

After checking out Millennium Falcon: Smuggler’s Run, we followed him to Savi’s Workshop – Handbuilt Lightsabers, where he and his daughter assembled their very own custom lightsaber. It was a very special day as they were celebrating her fifth birthday!

Check out this adorable moment as she hands her newly created lightsaber to her father. The force is strong with this one!

Hayden shared that the day’s plans were completely up to the birthday girl as they headed off to Disneyland and Disney California Adventure parks (after returning from a galaxy far, far away).