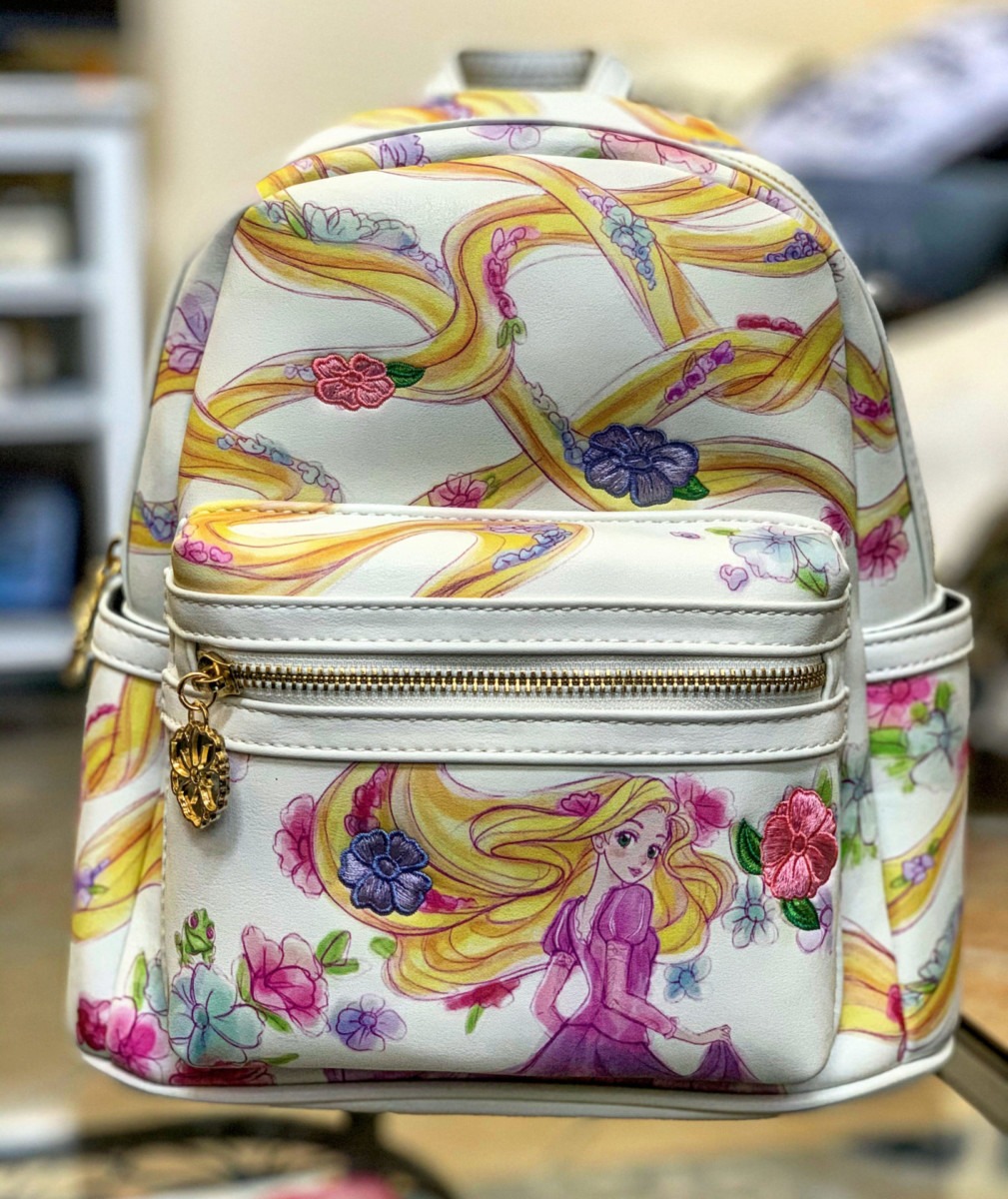 Rapunzel is my spirit princess, for sure. As a huge fan of all things Tangled, it saddens me that there isn’t a huge amount of merchandise representing the lost Princess.  Well, to my absolute delight…, Danielle Nicole designed a beautiful backpack for the store BoxLunch! Take a look! 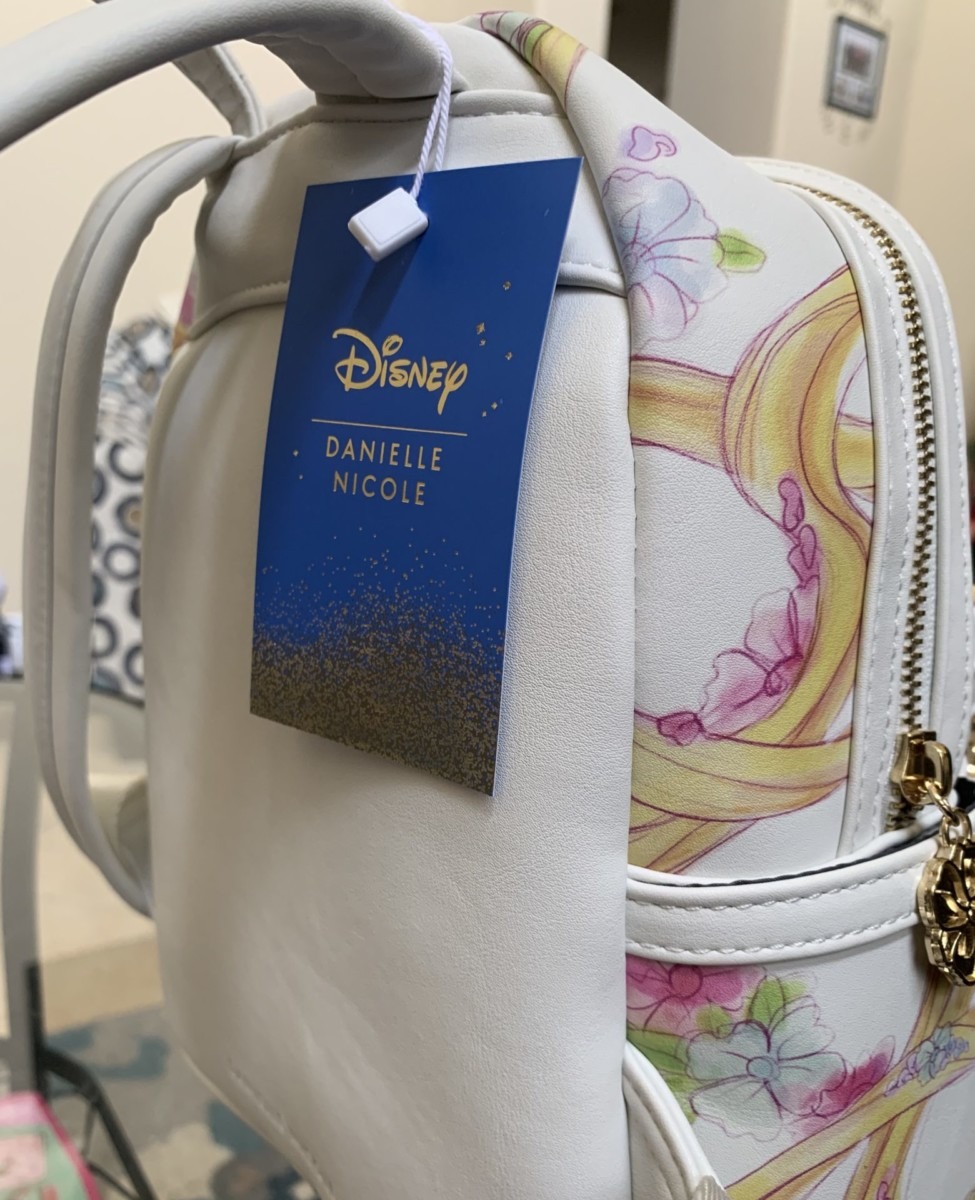 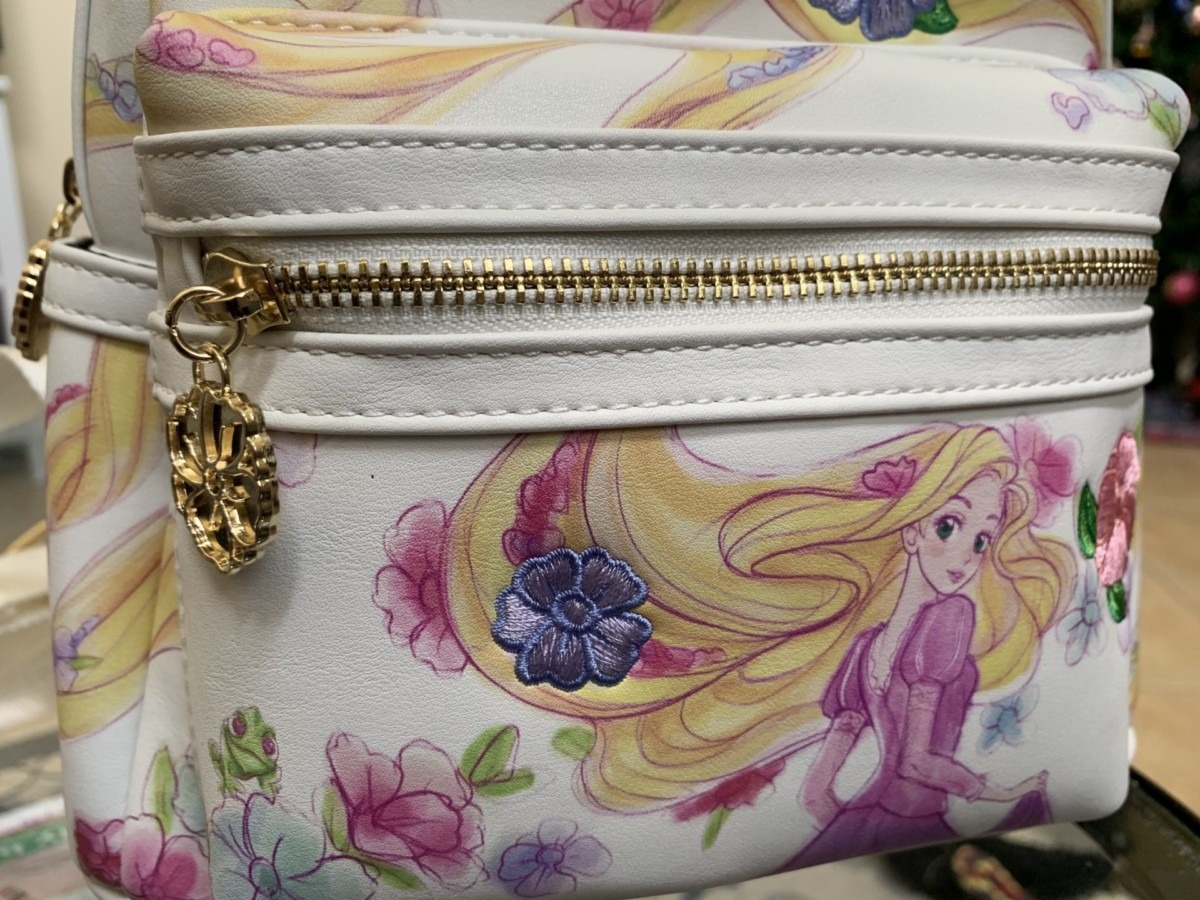 The Rapunzel backpack has swirls of her hair, with flowers, and even Pascal. It’s magical! You can order this Danielle Nicole bag at BoxLunch online. One more fun find for my fellow Tangled fans…..

ColourPop Cosmetics has a Disney Princess line that actually includes Rapunzel! Happiness!! You can get the Rapunzel bundle which has a pretty box with matte lipstick and blush. 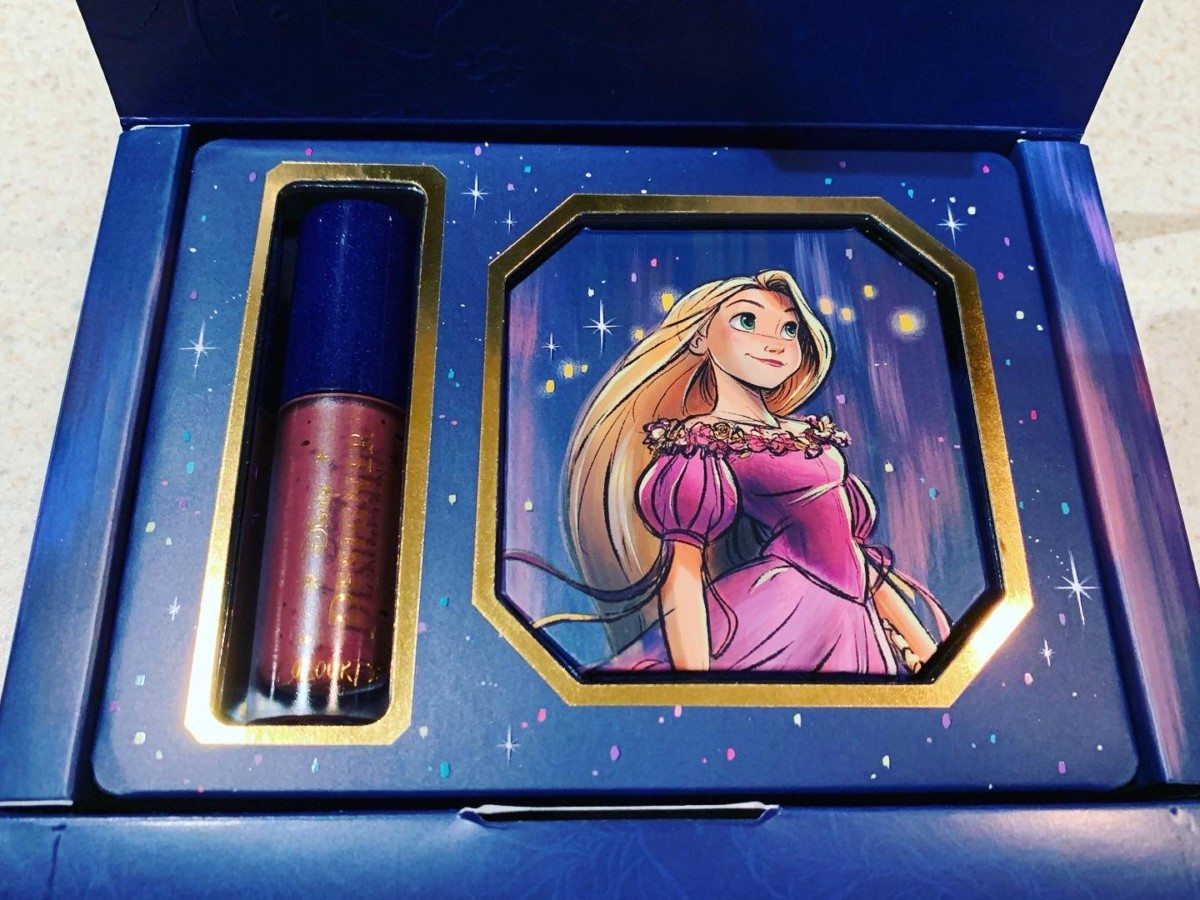 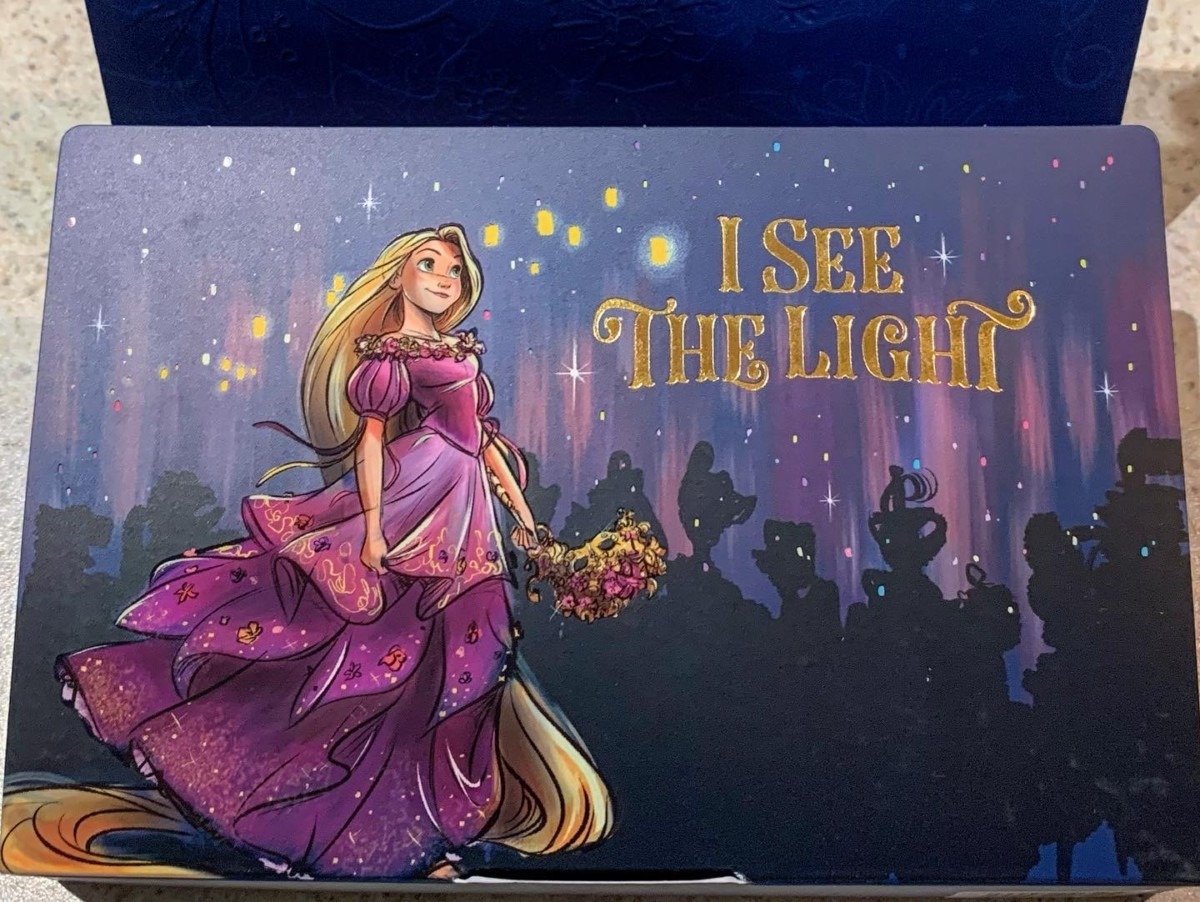 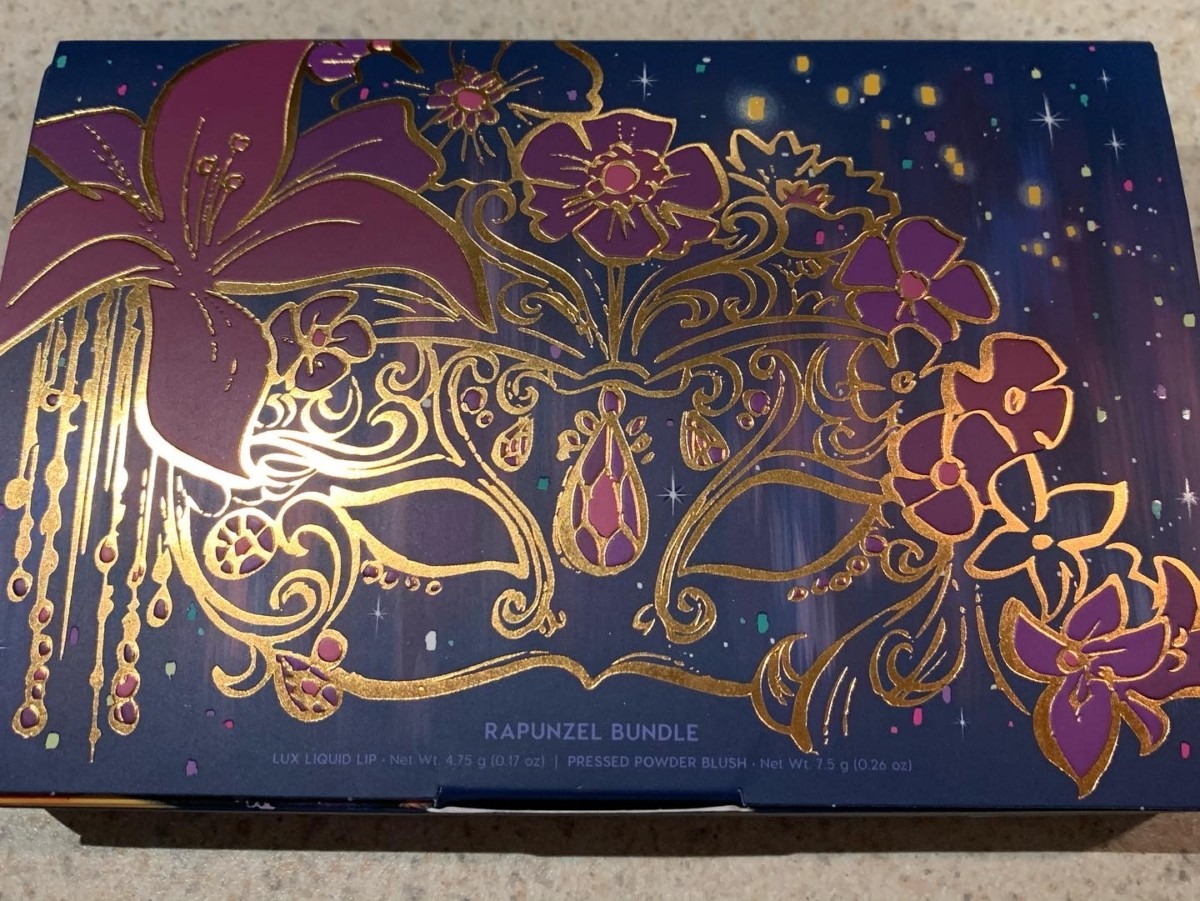 This sweet little kit was found at Ulta and only cost $18.00. They have other princesses and an eyeshadow kit as well. Being that next year is the ten year anniversary of Tangled, I’m hoping we will see more themed merchandise. I’ll be watching so stay tuned!