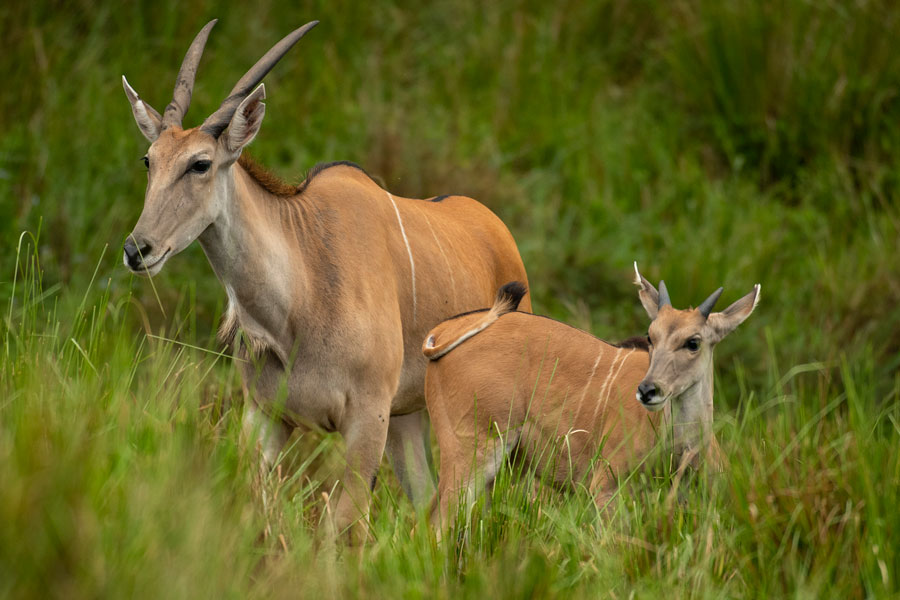 First steps were in the forecast this morning at Disney’s Animal Kingdom as our young eland, Doppler, officially made his debut onto the Kilimanjaro Safaris savanna. You may recall, Doppler was born roughly two months ago on the heels of Hurricane Dorian. His name was inspired by his post-storm arrival.

Mom and baby spent the morning exploring and playing on the savanna, and the young calf was eager to meet some of his new neighbors.

Since his birth, Doppler has been bonding with his mom, Clover, in a backstage habitat and he’s been growing quickly. Did you know common elands are some of the largest antelopes in the world? Doppler was nearly 70 pounds at birth, and he’s already almost doubled his weight in just two months.

While he will continue to nurse for the next couple of months, Doppler has developed quite an appetite for some of his favorite new foods – lettuce, carrots and sweet potatoes. When he’s fully grown, Doppler will stand about 8-feet-tall and his legs will be powerful enough for him to jump that high too.

Doppler was born as part of a species survival plan in partnership with the Association of Zoos and Aquariums (AZA).

To learn more about the animals in our care at Walt Disney World, visit: DisneyAnimals.com, and be sure to keep your eyes peeled for the newest addition to the herd on your next adventure on Kilimanjaro Safaris.