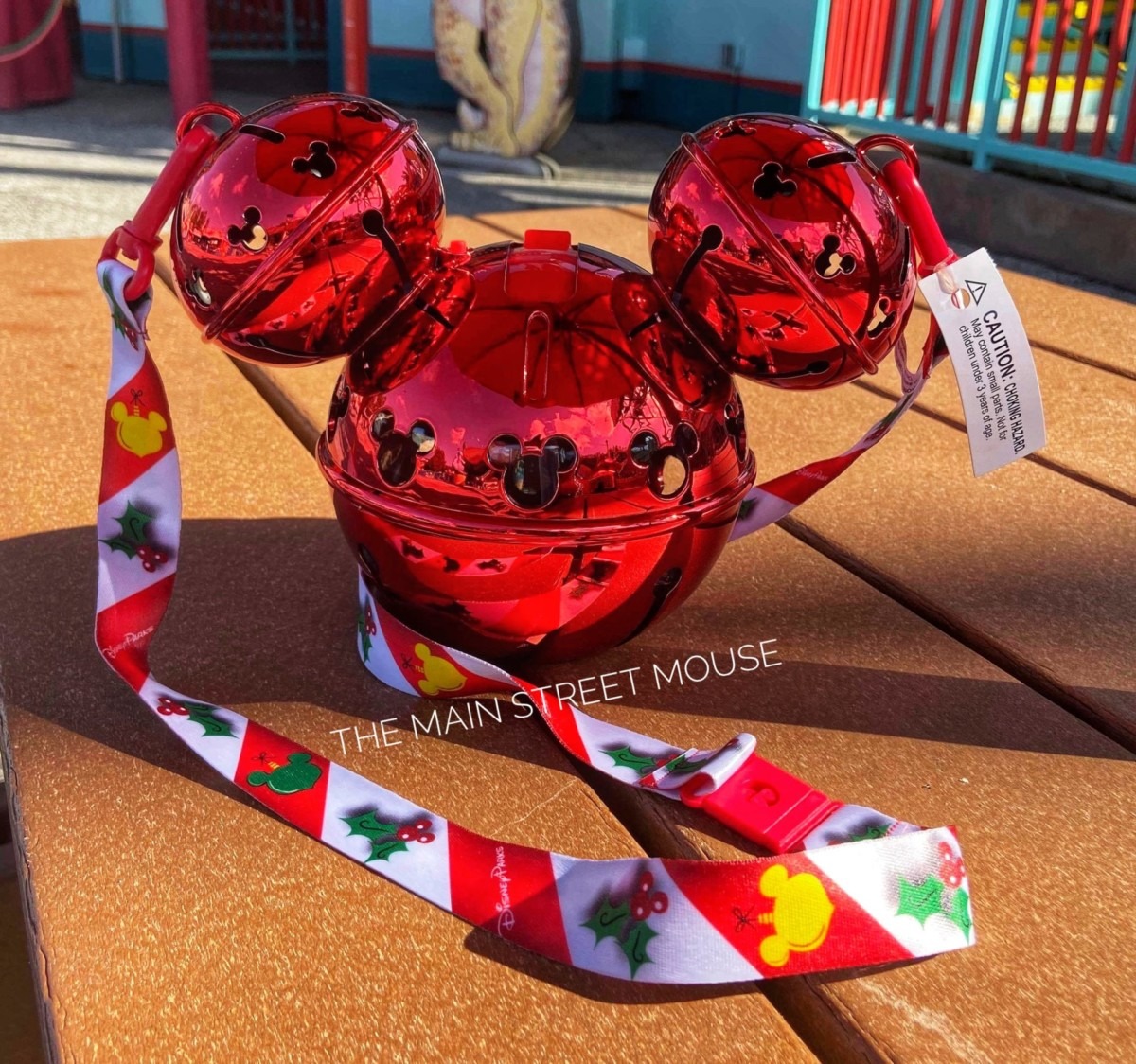 Earlier this week, we put out some holiday food and merchandise info for the parks that people were really excited about. In particular, the new jingle bell sipper cup was one people really went crazy for! At the time people were not sure if this new cup would be just at Disneyland or if we were going to get them at Disney World as well.  As of this morning, I’m happy to report that we DO have this festive sipper too!

This delightful Christmas souvenir was spotted at Animal Kingdom. It jingles, lights up, and runs for $15.22! How awesome is this? The popcorn bucket was not in yet but the cast member said it could be by the end of the day. All the Christmas festivities start at the park this weekend and we will be on the lookout for all the things. Stay tuned for more updates as we see them.