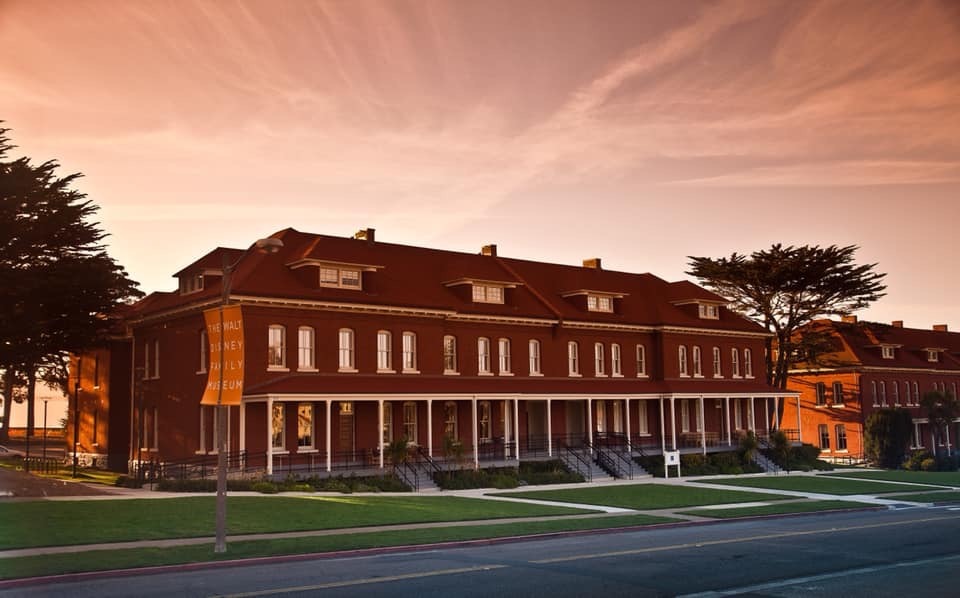 With the Disney studio lot in Burbank requisitioned as an Army anti-aircraft base after the bombing of Pearl Harbor in 1941, Walt and his staff pledged to support the war effort without hesitation, devoting over 90% of their wartime output to producing training, propaganda, entertainment, and public-service films, while also designing an extensive collection of insignia and print media. This original exhibition includes rarely-seen artwork, film clips, photos, literature, and other historical objects and ephemera from this unique period in animation history.

As the anchor attraction in the Presidio of San Francisco, The Walt Disney Family Museum is an ideal location for The Walt Disney Studios and World War II. The Presidio served as an active U.S. Army base from 1846 until 1994, when it was decommissioned and designated a National Park. Constructed in 1897, the main museum building is one of five prominent brick Army barracks on the Main Parade Ground. The museum also occupies a second brick building, built in 1908, which served as a combination gymnasium and post exchange, and which now houses the Diane Disney Miller Exhibition Hall.

Commemorating the 75th anniversary of the end of World War II, the exhibition will be on view in the Diane Disney Miller Exhibition Hall from May 13, 2020 through January 11, 2021.

The Walt Disney Family Museum is proud to provide free admission to the museum and this exhibition year-round for active and retired military personnel, as well as their spouses and dependents with valid ID. The Museum also participates in the Blue Star Museums program, which grants free general admission to all military ID holders—active, retired, spouses, or dependents—and up to five of their family members between Armed Forces Day (Saturday, May 16, 2020) and Labor Day (Monday, September 7, 2020).

ABOUT THE WALT DISNEY FAMILY MUSEUM

The Walt Disney Family Museum presents the fascinating story and achievements of Walt Disney, the man who raised animation to the level of fine art, transformed the film industry, tirelessly pursued innovation, and created a global, yet distinctively American legacy. Opened in October 2009, the 40,000-square-foot facility features innovative technology alongside a vast collection of historic materials and artifacts that bring Disney’s achievements to life. There is a myriad of interactive galleries, which present early drawings and animation, movies, music, listening stations, a spectacular model of Disneyland, and much more. The museum is a 501(c)(3) nonprofit organization located in the scenic Presidio of San Francisco.

The Walt Disney Family Museum has created many world-class exhibitions, such as Disney and Dalí: Architects of the Imagination; MAGIC, COLOR, FLAIR: The World of Mary Blair; Water to Paper, Paint to Sky: The Art of Tyrus Wong; and Mickey Mouse: From Walt to the World, several of which have traveled to other museums around the world. The most recent, The Walt Disney Studios and World War II, is the 27th original exhibition organized by the museum since 2012, and will be on view from May 13, 2020 through January 11, 2021 in the Diane Disney Miller Exhibition Hall.

Hours:
Open Wednesday through Monday: 10am to 6pm, last entry at 4:45pm. Closed on Tuesdays and the following public holidays: January 1, Thanksgiving Day, and December 25. Early closure at 4pm on December 24 and December 31. 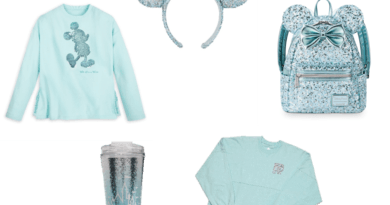 Join Us at Epcot for an Exclusive V.I.PASSHOLDER Pop Up Event with New Merchandise Inspired By ‘Frozen’