Supporting our active-duty military personnel and veterans is a tradition that began with our founders Walt and Roy Disney who both served their nation during World War I. And I am honored to continue that legacy at Walt Disney World today alongside my many fellow veteran cast members.

March of 2012 was a special day in Disney history. It’s when we first introduced our company-wide Heroes Work Here initiative, which has since encouraged thousands of active-duty military personnel and veterans—like myself—to join the Disney team.

And yesterday, to honor Veterans Day 2019, a few of these veterans were selected to represent the countless heroes among us by serving as Veterans of the Day at Magic Kingdom Park. From being honored as grand marshals ahead of the Festival of Fantasy parade to participating in our sunset flag retreat ceremony, veteran cast members Austin, Bryan and Marilyn gave us a salute to remember as thousands of guests joined us in thanking them for their sacrifice and service.

To the many heroes who work here, heroes who visit here and heroes across the globe—we thank you for your service and hope you had a memorable Veterans Day! 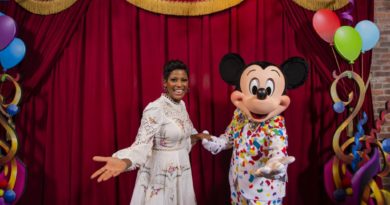 Through the Lens of Nat Geo: Best Outdoor Photography Tips