Guests of Disney Parks will be able to take home a little piece of the Holiday magic by purchasing a commemorative “Disney Parks Magical Christmas Day Parade” ornament and pin at both Walt Disney World Resort and Disneyland Resort. All merchandise available while supplies last.

Check out all the holiday fun with these three magical specials featuring star-studded performances, merry entertainment and more: 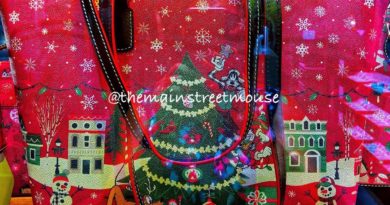