Today is the date that Disney Fans everywhere consider to be the Birthday of Mickey Mouse! He’s looking great for 91! 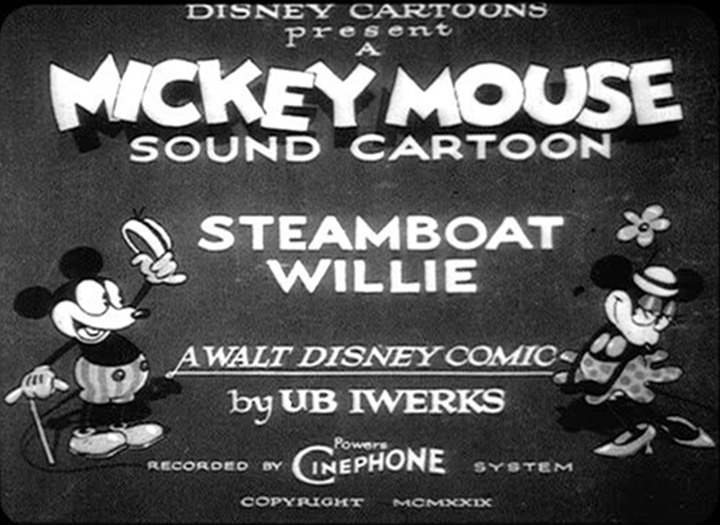 On today’s date, November 18, 1928, Mickey Mouse starred in Steamboat Willie, the first commercially successful animated cartoon to use synchronized sound. Disney’s third Mickey short (but the first with sound) debuts as a sneak preview at Universal’s Colony Theater – located at Broadway & 53rd Street in New York City. It is shown before the feature film Gang War. Steamboat Willie is co-directed by Walt Disney and Ub Iwerks and features the first appearance of Minnie Mouse. It is animated by Ub Iwerks, Wilfred Jackson and Dick Lundy. The short also features the work of in between artist Les Clark (who will go on to be one of “Walt’s Nine Old Men”).

Walt himself supplies the voices for all the characters – although there isn’t any real spoken dialogue just whistling, gasps, laughter and other vocal sounds. Walt sits nervously at the rear of the theater to watch the audience’s reaction. To his delight, the Colony echoes with laughs and giggles throughout the short! Steamboat Willie will be shown every night for 2 weeks. (Despite the fact that this is not the first Mickey cartoon made or released, it is still considered Mickey Mouse’s true debut … and birthday!) In addition to November 18th being Mickey Mouse’s birthday, there are many other things that happened on this day throughout the years. Here are a few of them:

1978: A commemorative plaque is installed at the Broadway Theater – site of the former Colony Theater – at 1681 Broadway (W. 53rd St.) in New York City, marking the 50th anniversary of the premiere of Disney’s Steamboat Willie.

Over on the west coast, in honor of his 50th anniversary, Mickey becomes the first cartoon character to have a star on the Hollywood Walk of Fame. The star is located on 6925 Hollywood Blvd.

1993: The “Partner’s Statue” Dedication is held at Disneyland. Jack Lindquist, the President of Disneyland (who officially retires this same day) officiates the ceremony which includes Roy Disney unveiling the statue of Walt and Mickey Mouse (sculpted by Blaine Gibson).

2003: The Magic Kingdom in Florida unveils 75 6-foot tall statues of Mickey Mouse in honor of his 75th birthday.

2013 Disney Channel debuts the first-ever extended episode of the Emmy Award-winning “Mickey Mouse” cartoon shorts as part of a themed day of programming in honor of Mickey Mouse’s birthday. The special seven-minute comedic cartoon titled “Potatoland” finds Mickey, Donald and Goofy on a road trip to Idaho to fulfill Goofy’s lifelong dream of visiting what he fondly remembers as Potatoland theme park.

I hope you enjoyed this little journey back through some fascinating Disney History! It’s fun to see where the humble beginnings were, so that we can appreciate the empire that Disney is today. Like Walt said, “It all started with a Mouse.” Actually, it all started with you Walt! Thank you, and Happy Birthday Mickey Mouse! 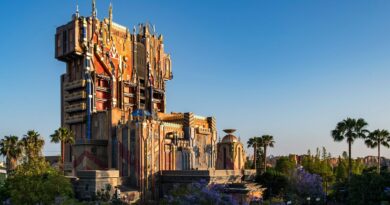