Ahead of the much-anticipated opening of “Frozen 2,” guests at Disneyland Paris can now experience a brand-new show inspired by the iconic first film. Located at Walt Disney Studios Park in Animation Celebration, “Frozen: A Musical Invitation” invites “Frozen” fans of all ages to unleash the magic within alongside their favorite characters!

As Queen Elsa prepares for her famous ice palace to open to every for the first time, Princess Anna teaches guests the magic movies for celebrating her sister’s powers inside Kristoff’s barn, where she’s joined by none other than Kristoff and Sven! Guests will even hear a rendition of “Reindeers Are Better Than People” live from Kristoff himself.

Then comes the big moment when Anna invites everyone to enter a new space opening directly onto a room in Elsa’s palace. When she sings the show-stopping “Let It Go,” “Frozen” fans are invited to perform their new moves in support of Elsa, followed by a live performance of “Love is an Open Door.”

Guests can even meet Olaf at Animation Celebration at the end of the experience and take pictures with the lovable snowman. For a look behind the scenes of the new show, watch the video below! And stay tuned for more “Frozen” than ever before as Disneyland Paris launches Frozen Celebration across the resort starting January 11, 2020. 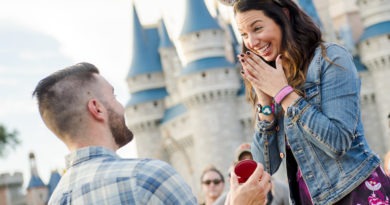 The Art of Star Wars: Galaxy’s Edge, A New Book with an Exclusive Look at the Land’s Creation, Announced at San Diego Comic-Con