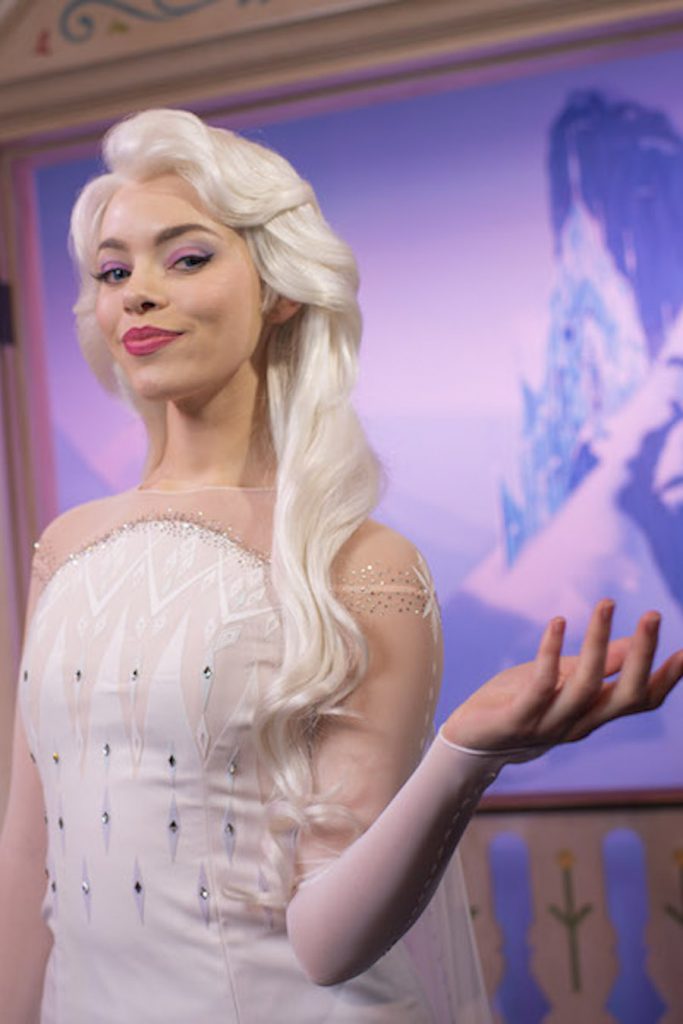 In celebration of the film release of Disney’s “Frozen 2,” we are giving you an up-close look at the beautiful dresses inspired by this epic new adventure, which Anna and Elsa will be wearing as they visit Disney Parks.

Anna and Elsa can be seen sporting their new royal attire as they set out on a journey around the world. You can meet them at Royal Sommerhus at Epcot and as part of Anna & Elsa’s Royal Welcome at Disney California Adventure Park when they head west. The sisters will also be traveling to Frozen Fantasy Gardens Village at Hong Kong Disneyland.

When Frozen Celebration begins at Disneyland Paris next year, Anna and Elsa will also be attending in their “Frozen 2” attire.

Also, available first at Walt Disney World Resort, Disneyland Resort, Disneyland Paris and Shanghai Disney Resort, kids can get in on the action with new dresses inspired by these royal looks exclusively available at Disney Parks through Nov. 30 along with an abundance of other “Frozen 2” merchandise. Stay tuned as these new dresses will soon be available at Disney Stores and online at shopDisney.com on Nov. 30!

Get the latest “Frozen 2” merchandise at the following locations:

For those of you visiting Walt Disney World Resort, check out the foodie guide for tasty treats and sips inspired by the new film!

Headed overseas to Shanghai Disneyland? You’re in luck! Songs from “Frozen 2” will be incorporated into the “Frozen: A Sing-Along Celebration” show. What’s more, Anna and Elsa will appear in their new dresses while they perform, reflecting their continued adventures in the new film.

After you’ve seen the film, you’ll also be able to relive some of your favorite moments when you visit select Disney Parks and catch the sneak peek at scenes from “Frozen 2.”

A special look at moments from the film is presented daily in the Hyperion Theater at Disney California Adventure park, for those seeing “Frozen – Live at the Hyperion!” A sneak peek of the film is also being shown as part of the Walt Disney Presents attraction at Disney’s Hollywood Studios.

Whether you’re at the park or at home, you can enjoy tunes from the new movie with the “Frozen 2” Official Playlist, a special Apple Musicplaylist within the Play Disney Parks app!

Why was Elsa born with magical powers? The answer is calling her and threatening her kingdom. Together with Anna, Kristoff, Olaf and Sven, she’ll set out on a dangerous but remarkable journey. In “Frozen,” Elsa feared her powers were too much for the world. In “Frozen 2,” she must hope they are enough. Walt Disney Animation Studios’ “Frozen 2” is now open!