From the Walt Disney World News and written by: Melissa Grove 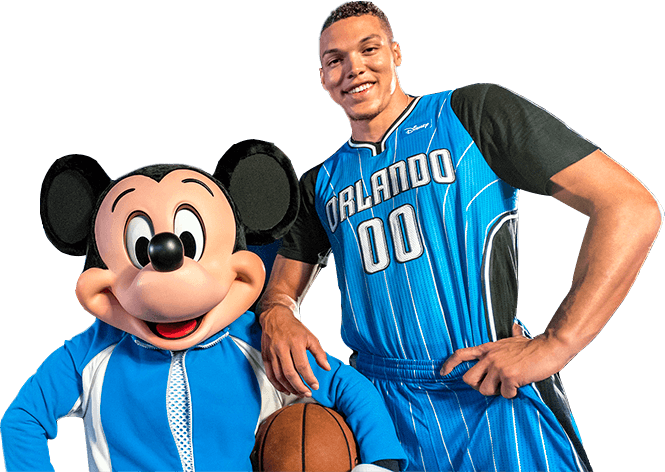 If you are like me, you have seen this offer in the passholder program specials at https://disneyworld.disney.go.com/passholder-program/specials/.  If you are also like me, you had no clue what this really meant.  Being from Texas, football has always been my number one choice of sports.  Then, a few years ago, I went and married a hockey player.  So, when I saw this promotion for the Orlando Magic, NBA team, I thought there is no room for basketball in my life.  Last Friday night, this all changed. 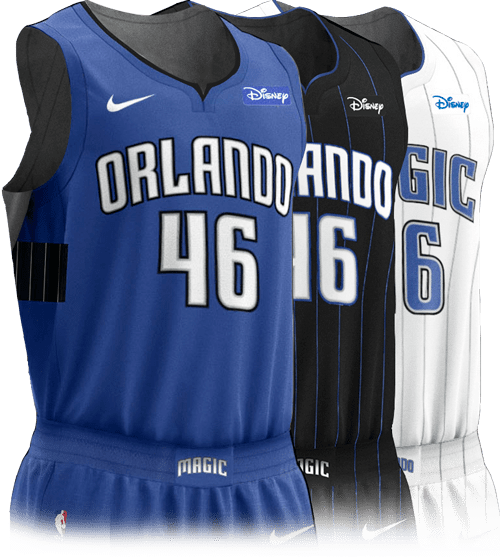 My company had sent out an email with some corporate rates on some games and I bought us two tickets to see the Orlando Magic vs. the San Antonio Spurs.  It was an awesome experience.  Everywhere we looked, there was Disney.  In 2017, WDW became the official jersey sponsor for the team.  This partnership goes hand in hand since, well Disney and Magic kind of go together.

Towards the end of the game, my husband and I decided to explore the Amway Center, very much intrigued by the signage for the Disney Ticket Center and the Walt Disney World Terrace.  We found out the Terrance is an exclusive two-deck space with a private bar, available to rent.  Very nice.

After circling around what felt like the entire Arena, we finally found the correct elevator/escalator combination to get us to the Team Store, home of the Disney Ticket Center.  As luck would have it, our Ohana calls it the “Grove Luck”, my annual pass was up for renewal.  Being this would be my sixth year as a Platinum Passholder, the likelihood of renewal was 100%.  So what was the risk in asking? I find with anything associated with Disney it is always best to ask.  Here is what happened.

I needed my photo ID and yellow Passholder Card, which is always on me.  Anyone who shops anywhere on Property carries this 24/7.  The renewal process was just the same as if I did it at the park.  I picked the pass for 2020-2021, reviewed and signed the contract and updated the credit card on file.  The Cast Members were so much fun and seemed to love being in this remote location.  I pay monthly for my pass and this was a non-issue.  I paid for the first month’s installment, she printed a receipt and stapled a voucher to it.  It was redeemable within a certain amount of time.  Since we were standing in the Team Store, I decided to do this in case football and hockey consumed me for the rest of my life, keeping me away from Basketball forever.

I took the voucher to the also extremely happy and friendly, Amway Center store clerk and asked to be shown, what I thought would be a cotton jersey from a box with limited choices for me to pick.  She pointed to a wall of current Magic Players’ team jerseys and said, “Any of these except…” this guy.  I do not remember who he was; only that the jersey off-limits was an official throwback worth a considerable amount of money.  Officially, with the renewal of your Disney Annual Pass, you have access to any in-store Orlando Magic Nike Swingman Jersey in blue, black or white. Specific player jerseys, colors, and sizes are subject to availability.

I chose and love my Nikola Vučević jersey.  He was who I chose because I loved it when the crowd yelled’ “Vuuuuuuu,” when he did something good. The retail value on this jersey was $129.99.

If your pass is up to expire, you must take advantage of this offer, while it lasts.  Head over to the Amway Center, grab your free jersey. Note, you can visit the Amway Center any time the Disney Ticket Center is open.  It does not have to be during a game, but it is so much more fun if it is.   The best part about it is you get an awesome jersey with the Disney logo right on the front!!! Disney is Magic and made my Orlando Magic Experience a bit more magical.

This Week in Disney History: ‘Disneyland’ Debuted 65 Years Ago on ABC Television Network in 1954