There are many who have entered the world of yesterday, tomorrow and fantasy inside Disneyland park, but have you taken the time to look closer at Walt’s original Magic Kingdom in detail? How did Disneyland come to be? Well, to those interested in learning more about this happy place, welcome! Let’s take a closer look at the “Walk in Walt’s Disneyland Footsteps” Guided Tour and see how your next visit to the Disneyland Resort could be transformed with this extra magical experience.

The “Walk in Walt’s Disneyland Footsteps” Guided Tour is a special tour that explores Walt’s crafting of The Happiest Place on Earth—from his early years during park conception to his final visit.

Throughout Disneyland park, the tour stops to reveal special moments from Disneyland’s beginnings, including information about classic attractions. Guests are also able to hear historical fun facts thanks to a special tour headset, which plays archived recordings, including Walt’s opening day speech.

On the tour, you will encounter magic at historically significant locations throughout the park. For example, when you walk down Main Street, U.S.A., your guide will explain how Walt’s childhood town inspired the design process for his old-fashioned Main Street. Your guide might even share the significance of the names on the windows above. Each person played an important role in the development of Disneyland, including Disney family members, cast members and Imagineers! You will then hop aboard the Disneyland Railroad, where you’ll learn about Walt’s love for locomotives and how it’s seen throughout the parks today. You’ll also stop by the five-ton petrified tree in Frontierland, where you’ll learn why Walt gave this tree to his wife Lillian!

You’ll also hear inspirational stories from Walt’s upbringing in Marceline, Missouri. For example, you will learn about Walt’s early inspirations for Fantasyland. Walt saw the play “Peter Pan” as a young boy and was inspired by the performance. He was so influenced by the story that he created a flight harness so that he could become Peter Pan, always turning his dreams into reality. Later, in a school performance, Walt took the lead role as Peter Pan and used a hoist and tackle to fly! On the tour, you’ll also learn about his 1958 attraction dedicated to Alice in Wonderland, as well as the opening day attraction King Arthur Carrousel with the famous horse “Jingles.”

Further along your journey retracing Walt’s footsteps, your guide will whisk you through historic details found inside the plans for the park and will explain how Walt’s persistence towards his goals was made in strides. You will see where Walt experienced many successes, as well as setbacks, leading to the grand opening of Disneyland in 1955. For example, at Central Plaza next to the Partners Statue, you will learn why Walt artistically designed this location to be the central location to the theme park. You’ll also learn how, on opening day – later referred to by some who were there as “Black Sunday” – was just as exciting as it was logistically challenging.

If you’ve ever wondered the significance of the Main Street Opera House, then you are in luck! You will browse through the amazing galleries of photos and artwork on the walls, while your guide explains their significance to Walt’s vision for the resort. After a showing of Great Moments with Mr. Lincoln, you will be able to better understand the true meaning of liberty in the eyes of Walt himself.

The tour is filled with wonderful surprises along the way, too, including the chance to experience classic attractions that connect with Walt’s very personal vision for the park. For even more magic, you will also take home an impressive collectible pin, alongside your own personalized button! Opening like a small book, the pin includes an inspirational quote from Walt Disney.

Here are some things you should know about the “Walk in Walt’s Disneyland Footsteps” Guided Tour:

For pricing and booking information, call 714-781-TOUR (8687). Also, be sure to check out the other Disneyland Resort Guided Tours at Disneyland.com.

*Attractions and entertainment are subject to availability and may change without notice. 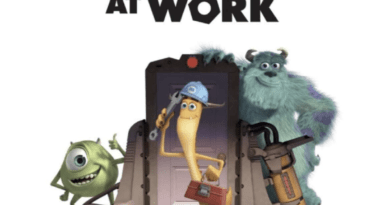 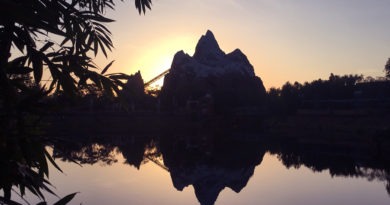 Sketches from the Park: Expedition Everest