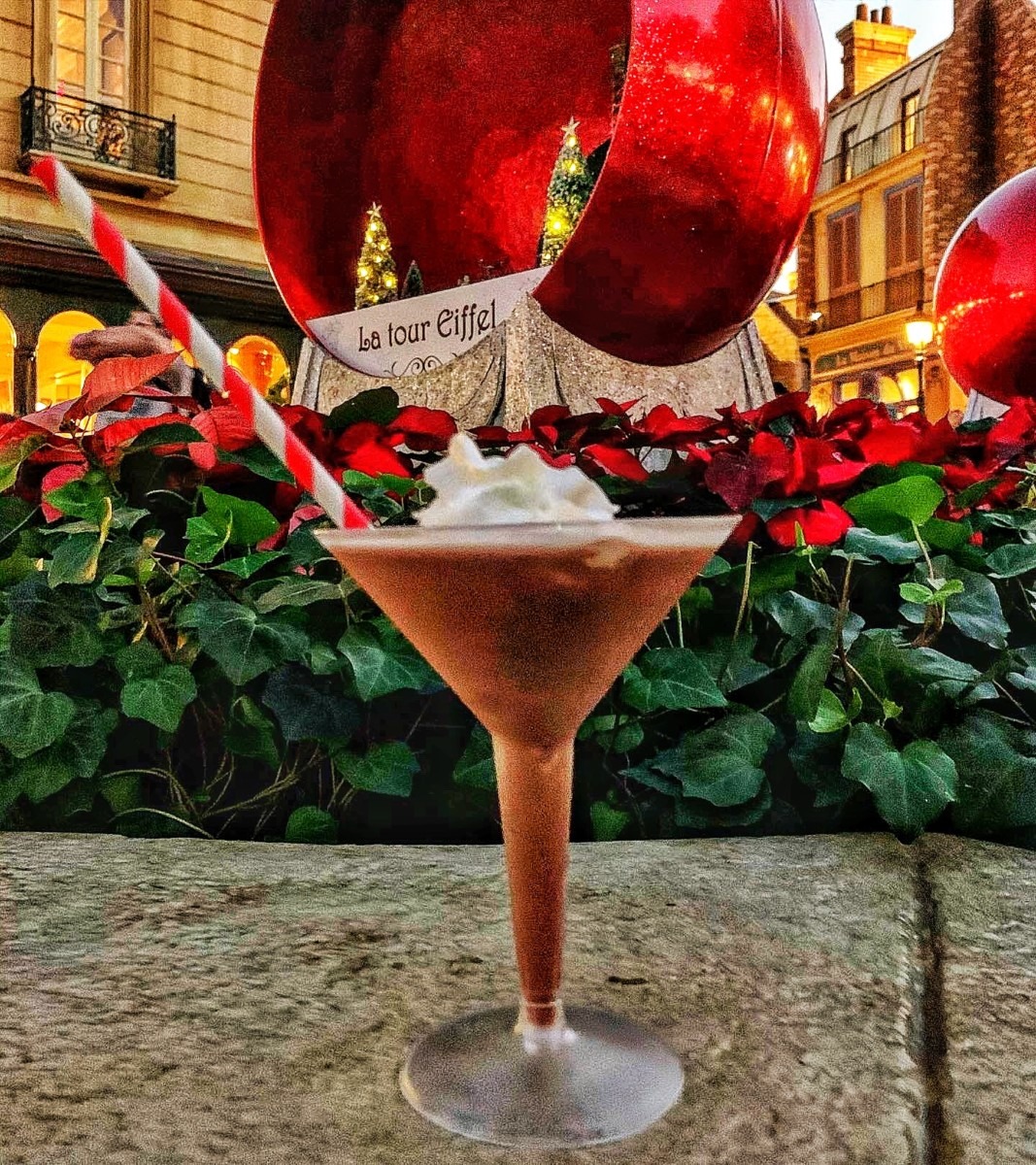 This weekend, Epcot kicked off their International Festival of the Holidays, which runs through December 30th. This yearly event has become a fan favorite and offers up some amazing holiday fun including special food and drinks, merchandise, entertainment and more. We went to Epcot last night to watch the Candlelight Processional narrated by Ming-Na Wen, but also walked around World Showcase looking for some the new food offerings in the various countries. When we got to the France Pavilion, I saw something on the menu that I could not resist trying… it’s a Hot Chocolate Frozen Martini! Oh yes! Located at the festival booth called Le Marche’ De Noel Holiday Kitchen, this frosty treat is something that I highly recommend. Take a look! 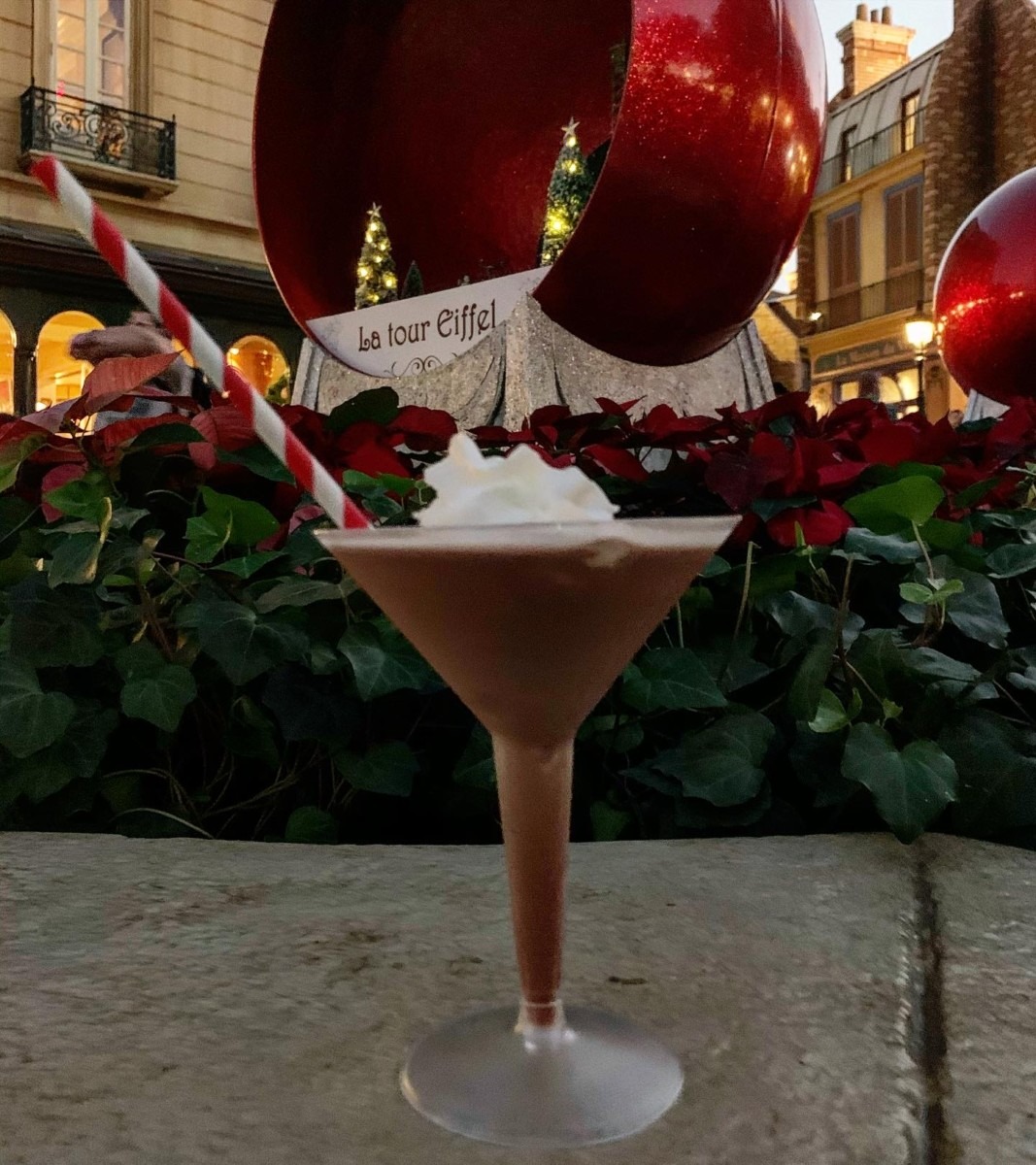 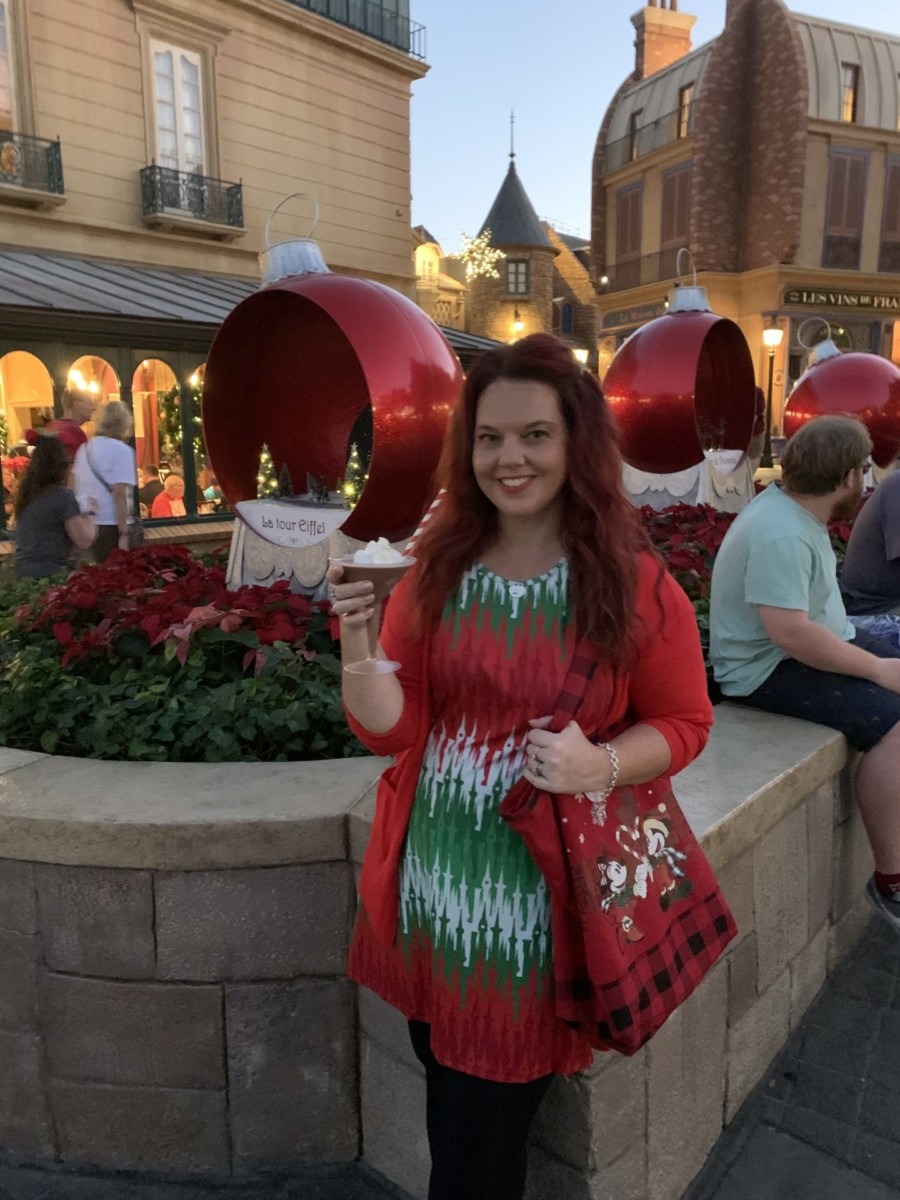 The Frozen Hot Chocolate Martini consists of: Grey Goose Vanilla, Vodka and Chocolate Milk. It truly does taste like frozen hot chocolate but with a kick! So good! Another worthy mention at the holiday kitchen in France, is the Christmas Log with Chocolate Cake and Dark Chocolate Caramel Ganache. My younger son gave it two thumbs up! Here’s a pic! 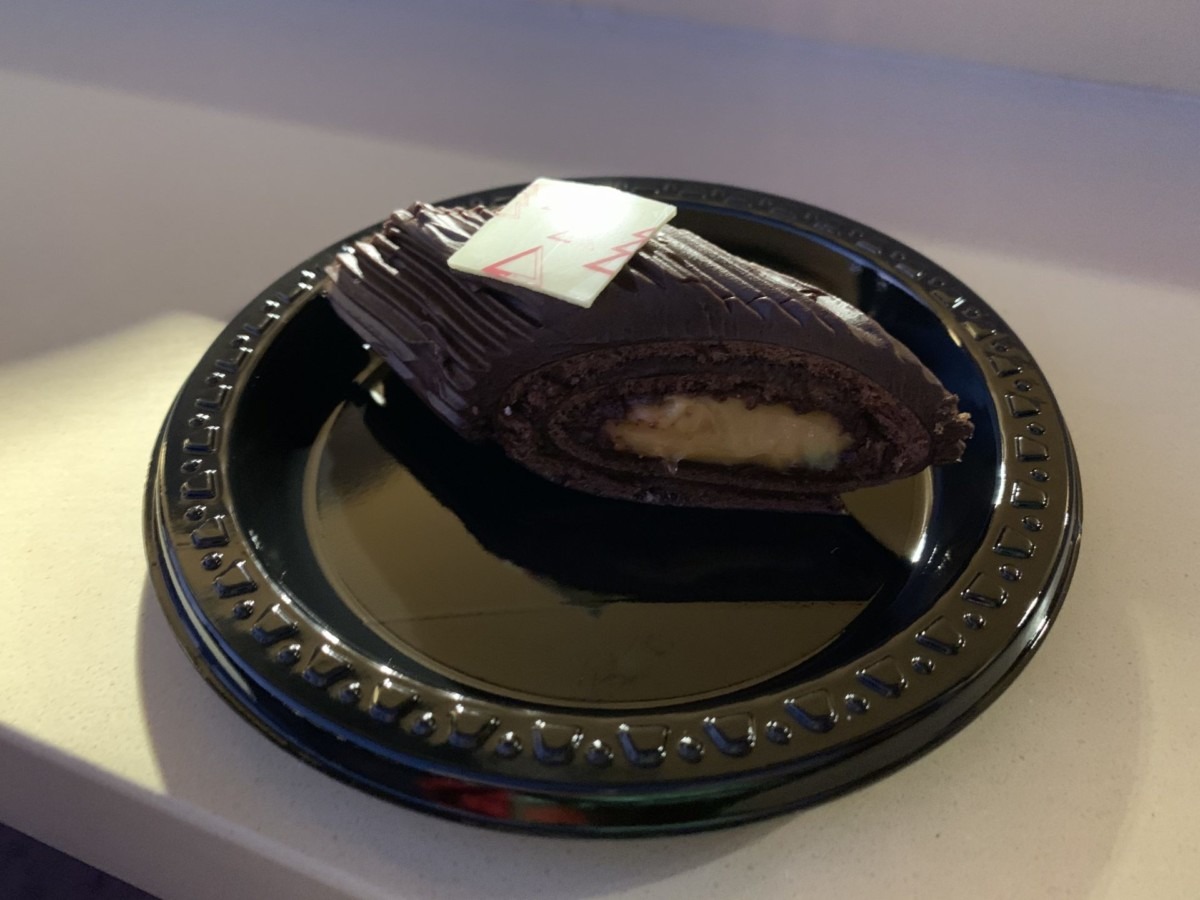 Epcot’s International Festival of the Holidays is one of my favorite things about Christmas at the Walt Disney World Resort, it’s definitely on my must do list. If you’re attending the festival this year, be sure to grab a festival passport so you can see the different food choices that are available around World Showcase. You’ll be so glad that you did! My husband recommends that you try the Pastrami Sandwich on Rye at the L’Chaim Holiday Kitchen located between Morocco and France. He said it’s the best pastrami sandwich he’s ever had, which is a bold statement, but it’s Disney so that’s entirely possible! 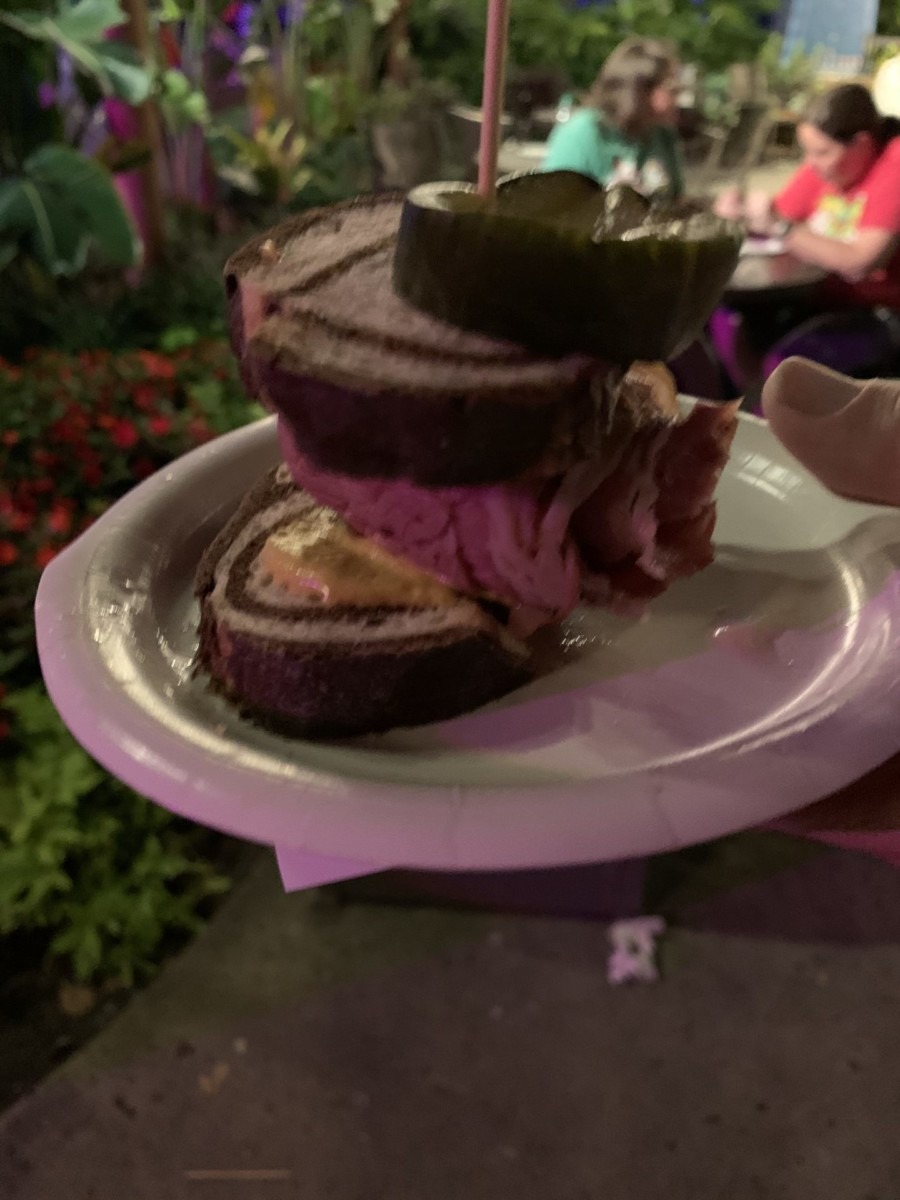 You can get these amazing treats and SO much more the entire season long at Epcot’s World Showcase. Allow extra time if you’re planning on visiting Epcot’s Festival of the Holidays, as there’s so much to see and do…. and eat! Happy Holidays Everyone!

How Disney Cast Bring the Star Wars Galaxy to Life!