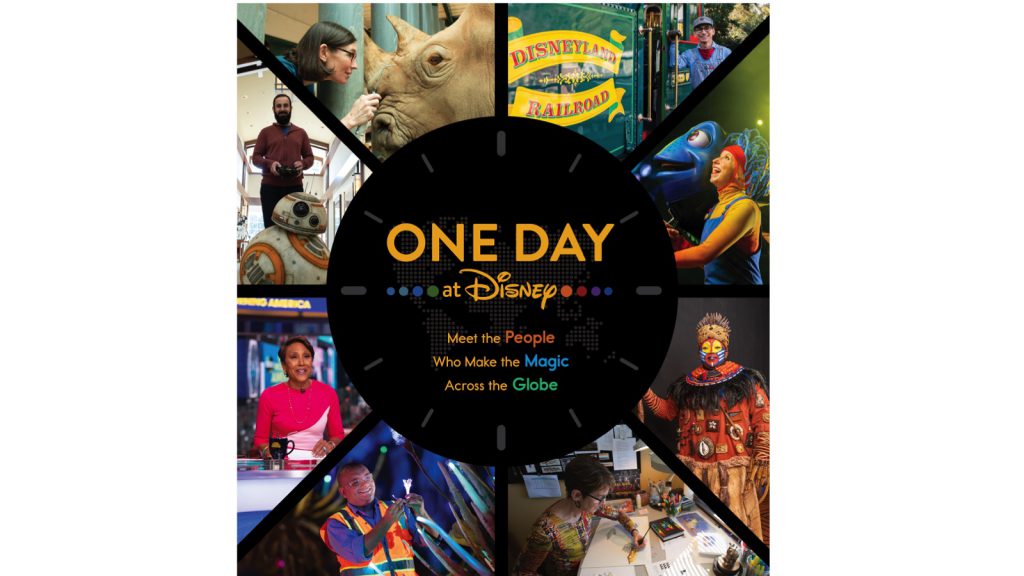 If you’re as excited as we are about this week’s debut of the new One Day at Disney book and Disney+ streaming series, then you’ll be thrilled to know there are several book signing events coming to Walt Disney World Resort and Disneyland Resort.

One Day at Disney, which showcases unique stories that depict a typical day behind the scenes at The Walt Disney Company, features inspiring Disney cast members from across the globe.  In the book, all of the photos were taken on a single Thursday, beginning early in Tokyo and following the sun around the world through Shanghai, Hong Kong, Paris, Madrid, the Bahamas, Costa Rica, and dozens of places throughout the United States.

Next week, you can learn more about the project and meet the author of the One Day at Disney book, Bruce Steele, at different locations and times in the parks. Here’s the list:

All events subject to change.

In addition to the book, the Disney+ team was on hand to capture stories along the way. A full-length documentary and 52 short-form episodes expand the profiles and delve deeper into the essence of what it’s like to be a Disney cast member.  Check out One Day at Disney and let us know what you think!