Star Wars: Rise of the Resistance is now open at Star Wars: Galaxy’s Edge at Disney’s Hollywood Studios in Florida! After years of anticipation, guests are now joining the Resistance in a climactic battle against the First Order.

During a special dedication ceremony Wednesday night inside Star Wars: Galaxy’s Edge at Disney’s Hollywood Studios, Disney Parks, Experiences and Products Chairman Bob Chapek lauded the attraction’s immersive storytelling and technological innovation, saying “Star Wars: Rise of the Resistance sets a new standard for what a theme park experience can be. Tonight, we’re welcoming the world to experience the Star Wars galaxy like never before, with the opening of the most ambitious, immersive, advanced, action-packed attraction we’ve ever created.”

Star Wars: Rise of the Resistance is one of the most ambitious attractions ever created for a Disney park. The thrilling action takes place in massive sets that give guests the feeling of stepping inside a Star Wars film as they elude the clutches of Kylo Ren and the First Order in a mad dash through a Star Destroyer.

You can watch a full recap of the attraction’s momentous dedication ceremony above.

As a reminder, guests at Disneyland park in California can begin enjoying Star Wars: Rise of the Resistance when the attraction opens there on January 17, 2020. 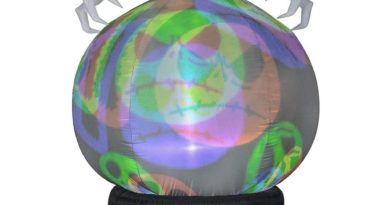 Disney Doodle: The Gummi Bears Put Their Bouncing Skills to Use at Magic Kingdom Park